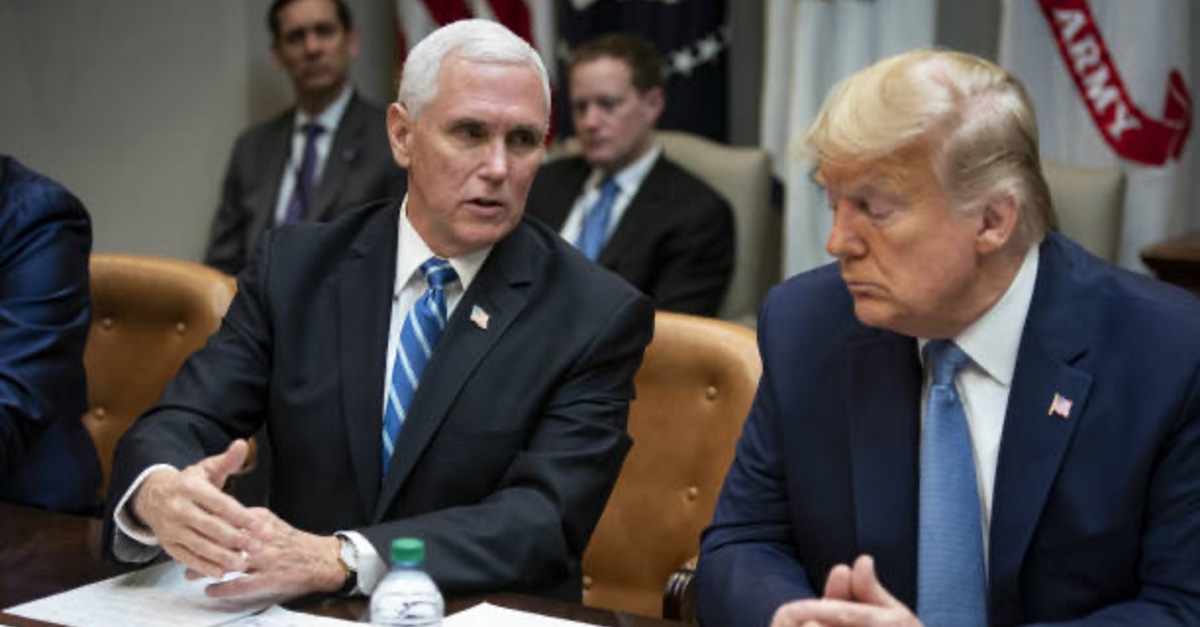 The novel Coronavirus (COVID-19) is now, officially, a pandemic, according to the World Health Organization (WHO). While the Trump administration has professed a dedication to transparency in their public response, one recent report suggests the White House has moved to classify high-level deliberations.

But that may not be the whole story.

According to a Wednesday report by the Reuters wire service, “four Trump administration officials” said that “dozens of discussions” have been held in a Sensitive Compartmentalized Information Facility (SCIF), a staple of the British and American national security states which purport to restrict the flow of information on a need-to-know basis. These discussions have reportedly excluded some important Health and Human Services (HHS) staff who lacked SCIF credential.

SCIFs are highly mythologized and mostly misunderstood—a somewhat tautological double-edged sword honed from the proliferation of national security state lingo and experts in recent years. They are not always particularly secure and are largely governed by internal agency rules and regulations instead of federal statutes. But, in essence, they are meant to keep state secrets from leaking.

The officials cited in the Reuters story say that using a SCIF for Coronavirus deliberations is something of an unusual choice and the other HHS officials resisted the use of such rooms.

“[I]t’s not normal to classify discussions about a response to a public health crisis,” one of those anonymous sources said.

“We had some very critical people who did not have security clearances who could not go,” another official groused. “These should not be classified meetings. It was unnecessary.”

Another source cited in that story said the meetings in question were only held in the SCIF because they “had to do with China.”

Other voices counseled caution based on the nature of the original report and the many misconceptions surrounding SCIFs and the finer points of national security law.

“The initial reporting is a bit muddled, but it appears that what actually transpired was the White House—wanting to prevent leaks—required all Coronavirus meetings be held in a SCIF to limit the number of potential participants,” national security attorney Bradley P. Moss told Law&Crime via email.

“This does not, in and of itself, render the meetings classified, and the White House denied that the meetings were presumptively classified,” he continued. “It would, however, limit availability to those who held the necessary clearances to enter into a SCIF in the first place. Patience and clarity is needed here.”

Still, in the absence of a genuinely national response and the fast-increasing panic surrounding the Coronavirus, the technicalities of what does or does qualify as “classified” may be of little purchase.

“[T]he public yearns for reliable and honest information from our government and many don’t believe they are getting that,”Law&Crime Network host and attorney Julie Rendelman said via email. “It is imperative that our president and the medical experts that surround him provide the information the public needs to feel confident that everything is being done to protect them in this incredibly stressful time.”

On the lighter side of deadly contagion, the administration is being entirely open about one aspect of their response to the pandemic.

When asked why the United States would not—though it could—set up drive-thru testing centers which have worked to awesome effect in South Korea, Centers for Disease Control Director Robert Redfield said: “We’re tryinjg to maintain the relationship between individuals and their healthcare providers.”