Michael Cohen Taken Back to Prison Due to Planned Tell-All Book: Report 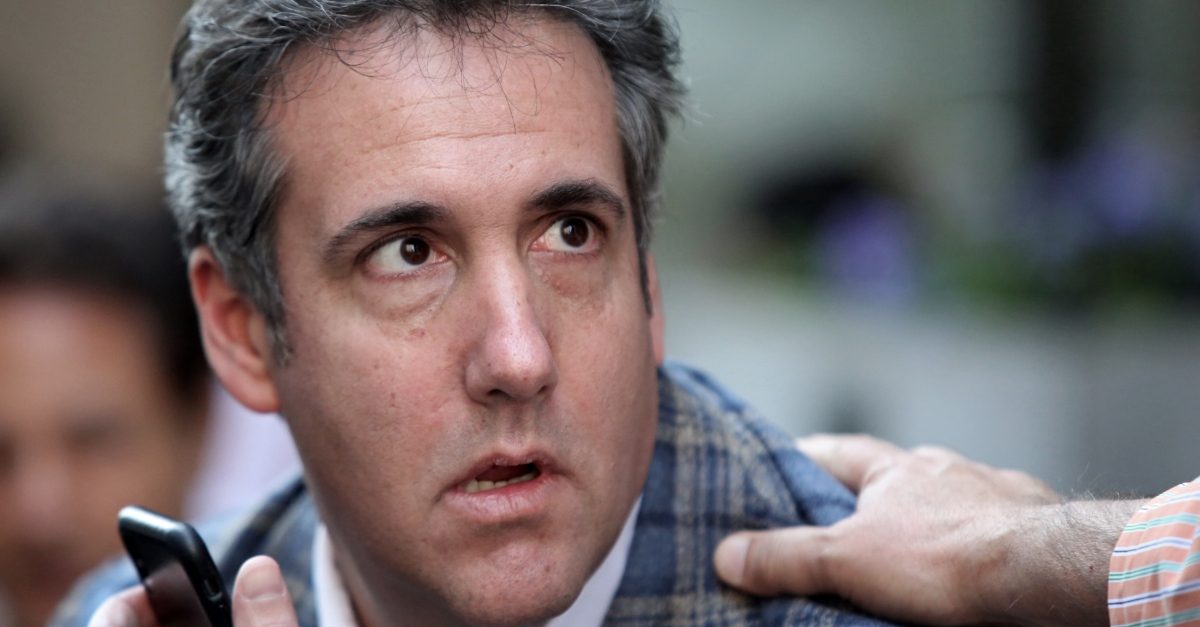 The president’s former personal attorney Michael Cohen was taken back into federal custody on Thursday, his lawyer Jeffrey Levine confirmed to Reuters. Initial reports speculated that Cohen, who was photographed by the New York Post last week dining out in Manhattan, may have violated the terms of his release by failing to remain in an authorized area. However, New York Times reporter Maggie Haberman said that is not the case.

“Cohen imprisonment wasn’t related to NY Post photo of him at restaurant. When he went to switch from furlough to home confinement, he had to sign papers saying no media or publishing a book, which he refused to sign,” Haberman tweeted Thursday afternoon.

Updating story soon but via @WRashbaum, Cohen imprisonment wasn't related to NY Post photo of him at restaurant. When he went to switch from furlough to home confinement, he had to sign papers saying no media or publishing a book, which he refused to sign https://t.co/e6giU36QXE

In an updated report, Levine told Reuters that upon arriving at a federal courthouse in Manhattan to convert his furlough to home confinement, Cohen was presented with an agreement that prohibited him from having any contact with news media organizations or from posting to social media.

According to Levine—who said he had “never seen any language like this in my life”—when Cohen refused to sign the agreement the U.S. Marshals Service came in and ordered his client back to jail for failing to agree with the terms of home confinement.

Here’s how that encounter between the feds and Cohen went down, per Cohen attorney Lanny Davis:

Michael Cohen said he told Marshals that he would have agreed to condition once they started to shackle him to keep his freedom.

"One of the three Marshals said: 'It is out of our hands,'" Davis said, attributing that exchange to attorney Jeffrey Levine

This was the agreement Cohen initially refused to sign: 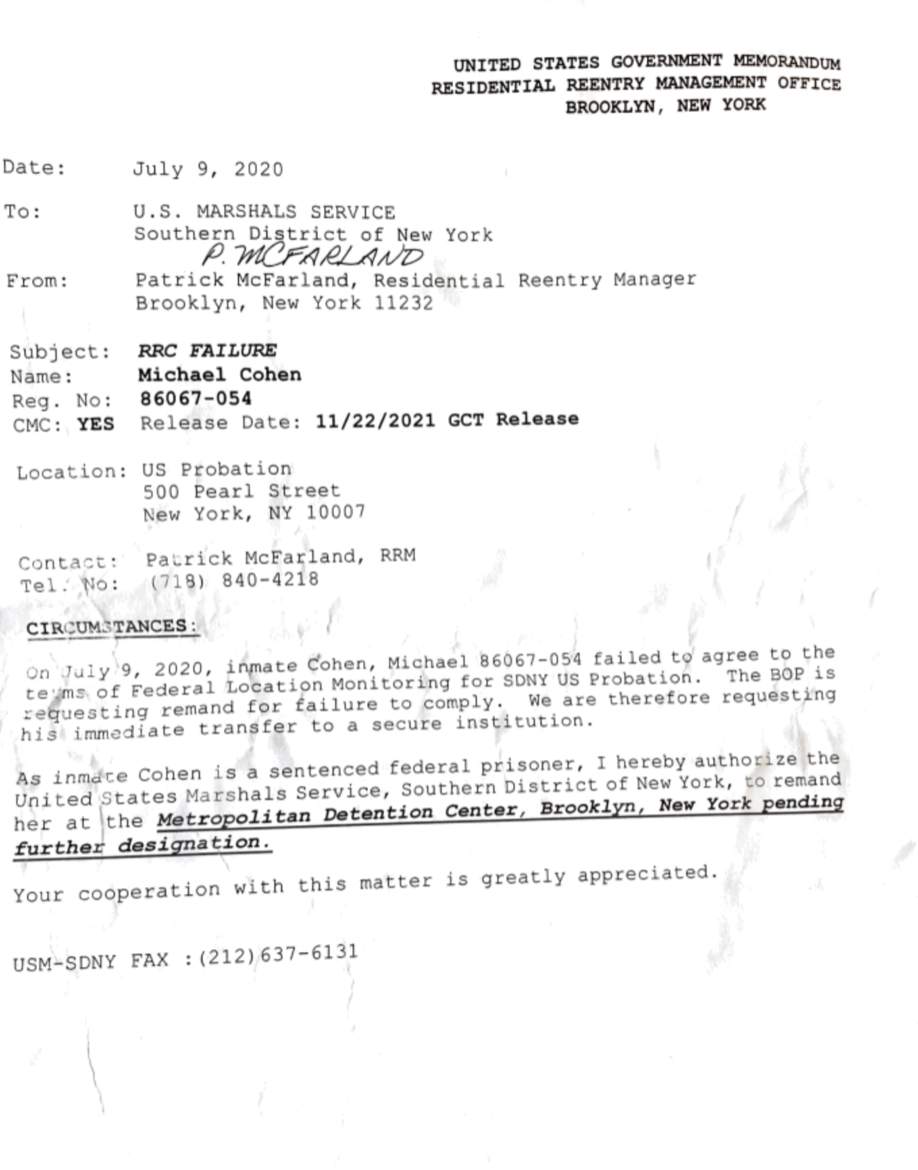 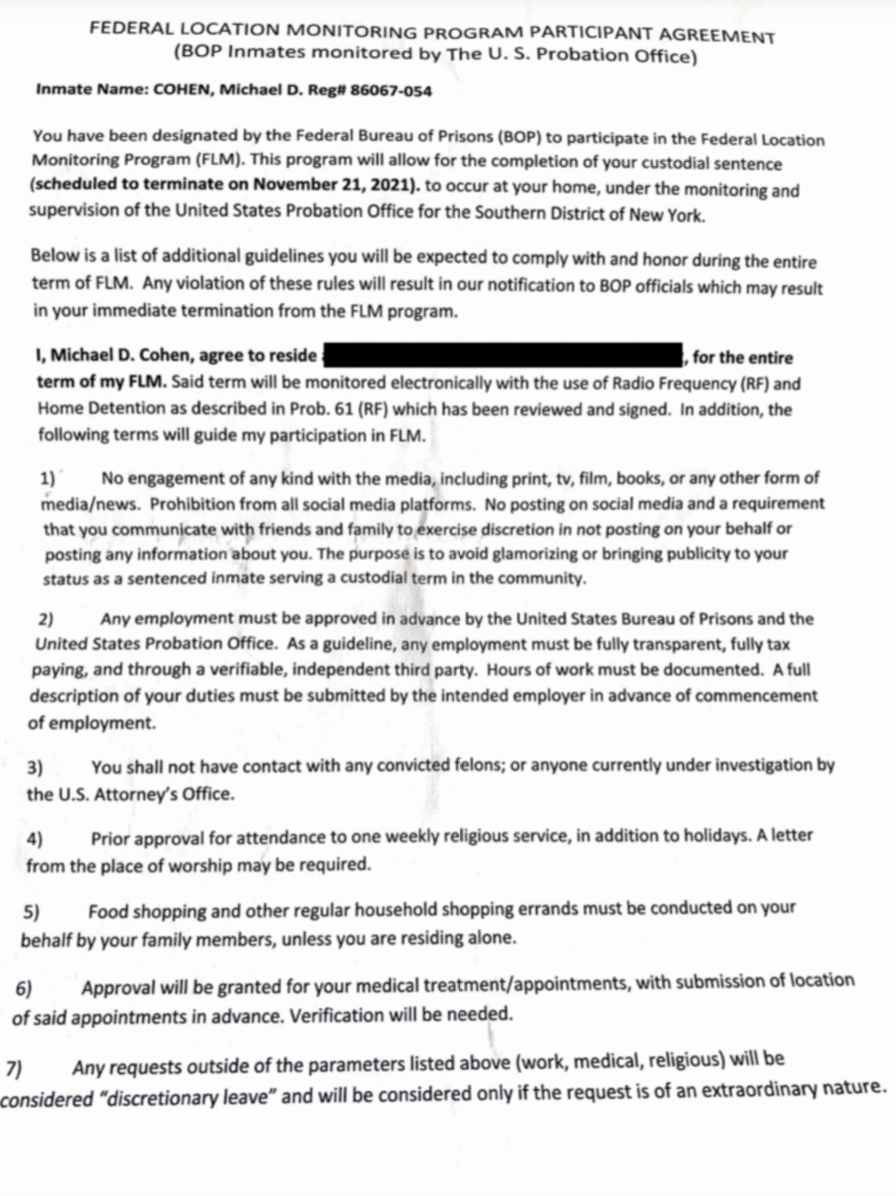 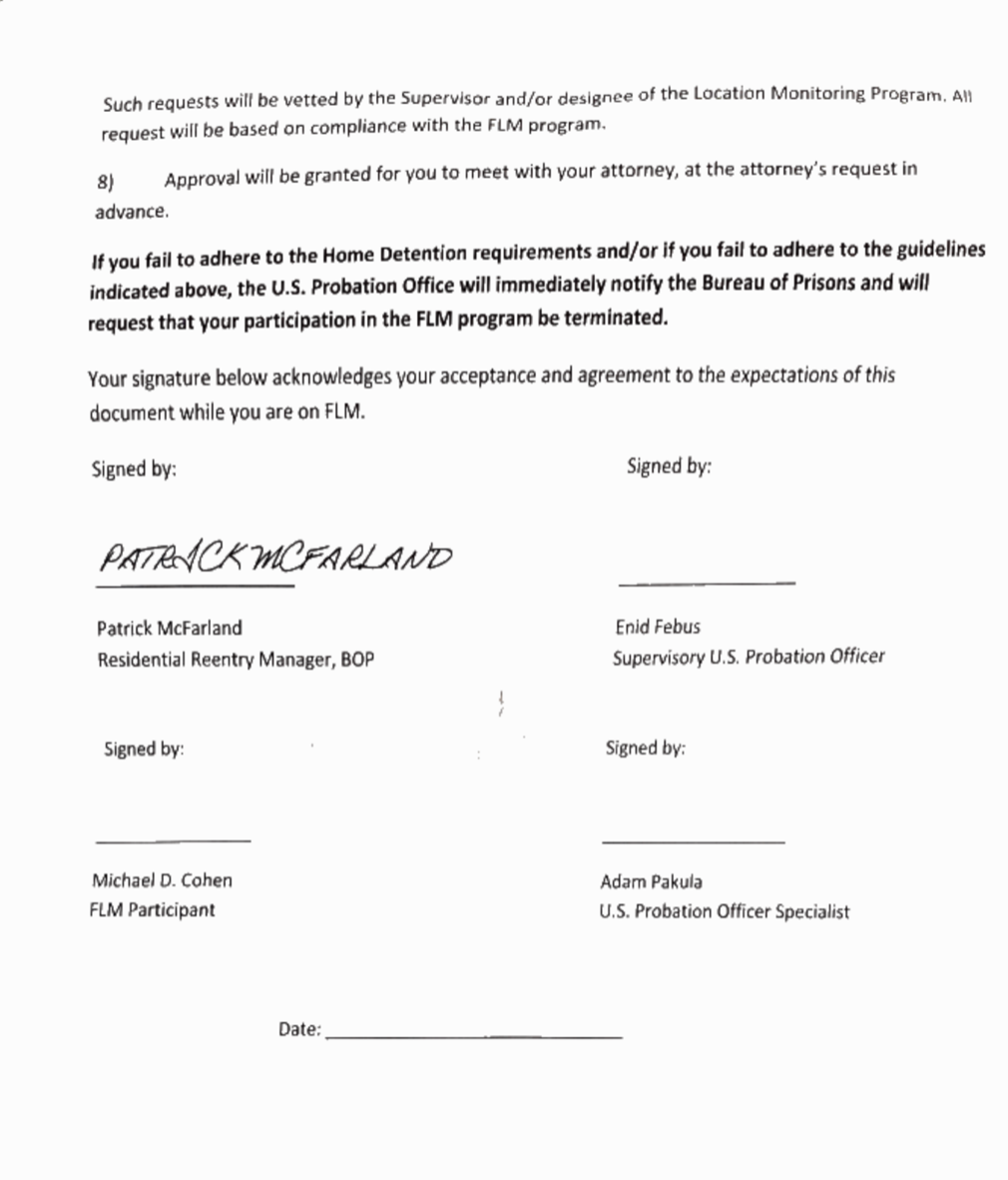 Cohen is currently being held at a Bureau of Prisons facility in Brooklyn, where Ghislaine Maxwell is in custody awaiting the outcome of a Tuesday bail hearing.

Michael Cohen is in custody again.
Cohen is being held at the same BOP facility as Ghilsaine Maxwell – the Metropolitan Detention Center in Brooklyn, NY. https://t.co/uLQIjPKegQ

Cohen’s Twitter account last week said he planned to release a book about his time working for Trump in September, saying it was close to completion. The tweet included a link to Mary Trump’s book, Too Much and Never Enough: How My family Created the World’s Most Dangerous Man.

After securing his release from prison in May due to the ongoing pandemic that has ravaged incarcerated populations, Cohen was let out under home confinement.

The former personal attorney to President Donald Trump had served 10 months of a three-year sentence in New York State’s Otisville Correctional Facility after pleading guilty to charges of tax evasion, making false statements to a federally insured bank, and campaign finance violations. Cohen infamously paid hush money to women who said they had extramarital affairs with Trump; he lied to Congress about a prospective Trump Organization real estate project in Moscow that he and then-candidate Trump had pursued.