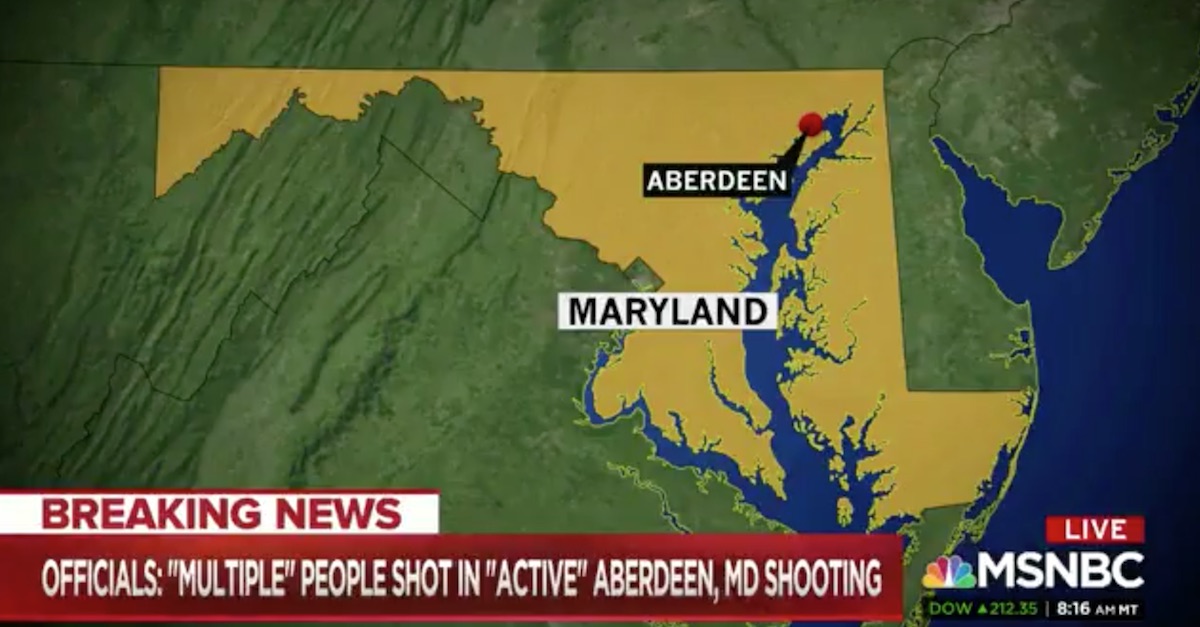 The Harford County Sheriff’s Office in Aberdeen, Maryland responded to reports of a shooting at a Rite Aid distribution center just after 9 a.m. on Thursday.

Update: law enforcement source says Aberdeen shooting suspect is a woman, has been taken to a hospital..multiple dead and wounded victims, less than 10

Police announced Thursday afternoon that the suspect is a 26-year-old female who was temporarily employed at the distribution center. They say there is no known motive at this time and that the suspect’s last known address was in Baltimore County.

The shooting suspect has been identified as Snochia Moseley.

Suspect in today’s shooting has been identified as Snochia Moseley, age 26 from Baltimore County.

At this time we know that the suspect was temporarily employed at the Rite Aid distribution center. She reported for her work day as usual around 9 am

We do not have a motive at this time

7 injured. 4 are deceased, including the suspect

Police also say seven were injured and the four are dead. The suspect included.

DEVELOPING: Harford Co. Sheriff's Office says deputies responding to report of shots fired in a business area in the area of Spesutia Road and Perryman Road in Aberdeen, Maryland.

NBC’s Pete Williams reported earlier in the day that three were dead and two were injured in a Maryland shooting at a Rite Aid warehouse. The shooter is reportedly down and has been identified as a woman. WBAL investigative reporter Jayne Miller said that the suspect was taken to a hospital. Police said that she was apprehended in “critical condition.”

In light of the police Twitter information, the suspect is dead. They said she fatally shot herself.

7 people have been shot including the shooter. 3 people are are expected to survive. 2 fatalities at the scene. 1at the hospital. The suspect was fatally injured by a self inflicted gun shot wound

1,000 employees are reportedly employed at the facility, which is located north of Baltimore.

Rite Aid spokeswoman Susan Henderson told CNN that the “distribution center is where products are received and processed for delivery.”

“This is part of a large facility that is a distribution center. The shooting happened adjacent to the primary building,” Henderson said.

BREAKING: Maryland shooting suspect is a woman, and she is down, and the shooting incident at a Rite Aid facility is over, multiple law enforcement sources tell @PeteWilliamsNBC. pic.twitter.com/sppxjN2Vwu

The shooting, described as “horrific” by Maryland Gov. Larry Hogan (R), occurred at a Rite Aid distribution center known as the “Liberty Support Facility.” According to police, the shooting incident was no longer considered active by 11:30 a.m.

We are closely monitoring the horrific shooting in Aberdeen. Our prayers are with all those impacted, including our first responders. The State stands ready to offer any support. https://t.co/fzugpo8C1Z

Police said they did not fire any shots and that a single handgun was used in the workplace shooting.