Manafort Mystery: Judge Will Unveil Sealed Evidence at End of Case ‘With One Exception’ 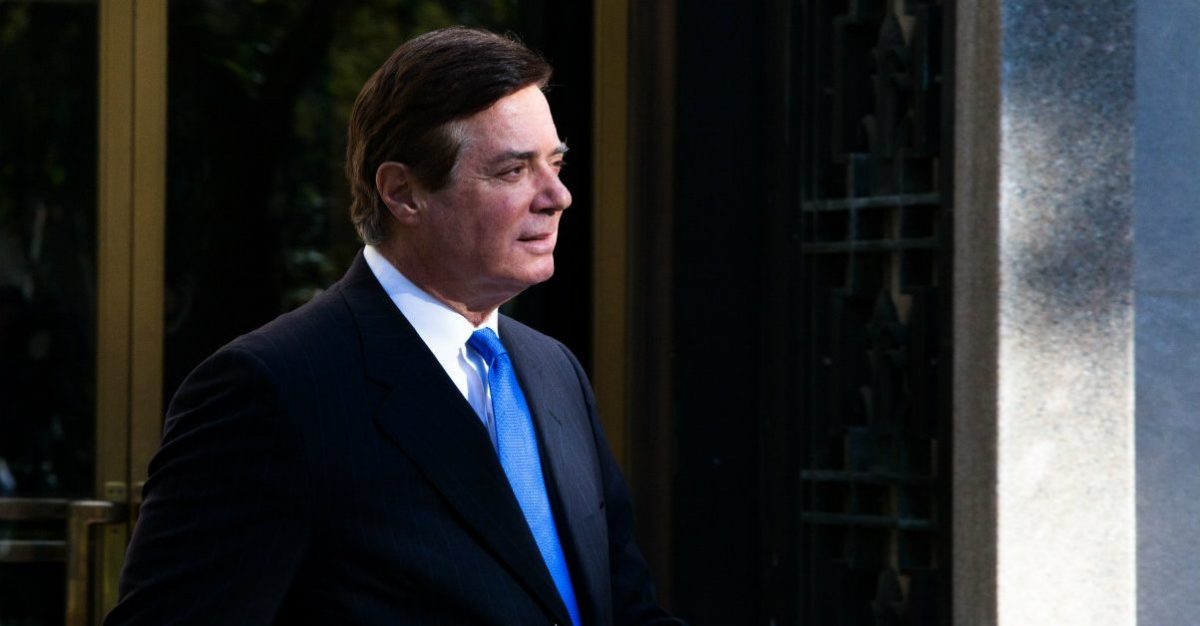 As the second day of jury deliberations began in the Eastern District of Virginia, Judge T.S. Ellis III addressed a motion to intervene filed by a coalition of media organizations seeking to have certain evidence unsealed. Most of that evidence would come to light, Judge Ellis assured the gallery, but one particular piece will not.

“Last night I received a motion to intervene by news organizations seeking to remove a seal,” Judge Ellis said.

Recall: a sealed evidence conference previously took up quite a bit of the court’s time at the beginning of the week.

Judge Ellis immediately granted the motion to intervene and scheduled a hearing on the matter for “sometime after 2 p.m. today.”

Then, as has been custom for Judge Ellis, he opined and bristled a little. After granting the motion, scheduling the hearing, and asking if the media coalition’s attorney was in attendance (they were not), Judge Ellis noted that when he made the original decision “to play” the evidence under seal, he explained to all the assembled journalists and public onlookers that he had always intended to unseal it at some point after the Paul Manafort trial was over.

“I made it clear at the time it was not permanent,” Ellis said. “I don’t do things … to keep them out of public scrutiny.”

The judge also noted that he personally received his own share of scrutiny and admitted that such scrutiny had been taken up a notch due to the present case. Then he returned to the motion and matter at hand, noting, “Neither side has objected to the sealing.” Defense attorney Kevin Downing and Assistant U.S. Attorney Greg Andres both confirmed that this was true.

Just before Ellis was about to recess, however, Andres rose to note that there were various classifications of sealed evidence and that one classification, or level, of evidence was likely not to be unsealed. Downing then rose to agree and reiterate that this was also correct, thanking the government attorney for making the clarification.

A brief bench conference ensued–drowned out by the court’s typical static noise machine. After that, Ellis again addressed the courtroom:

Everything that’s been under seal–with one exception–will be unsealed at the end of the case. I don’t at all question or resent or oppose the thirst of the press [to see] this information. A thirsty press is essential to a free country.

The final line got a laugh from the millennials in the gallery audience.

Ellis then presaged how he saw the hearing going, telling everyone that his actions were, of course, reviewable–by higher courts. “Appeal to the 4th Circuit.”

After the motion issue was dispensed with, Judge Ellis took everyone through what he termed “a very minor matter.”

Ellis said, “When [a verdict happens]…it’s a lengthy verdict form. There will be a strong temptation to jump up and report it immediately. That’s fine.” But, the judge pleaded, “it’s very disruptive.”

Any journalists who anticipated they might rush off during the reading of the verdict were asked to watch from the overflow room three floors below–where a closed circuit audio/video feed is displayed on two medium-sized flat screen TVs.

Ellis noted, “I would prefer that we maintain some decorum.”