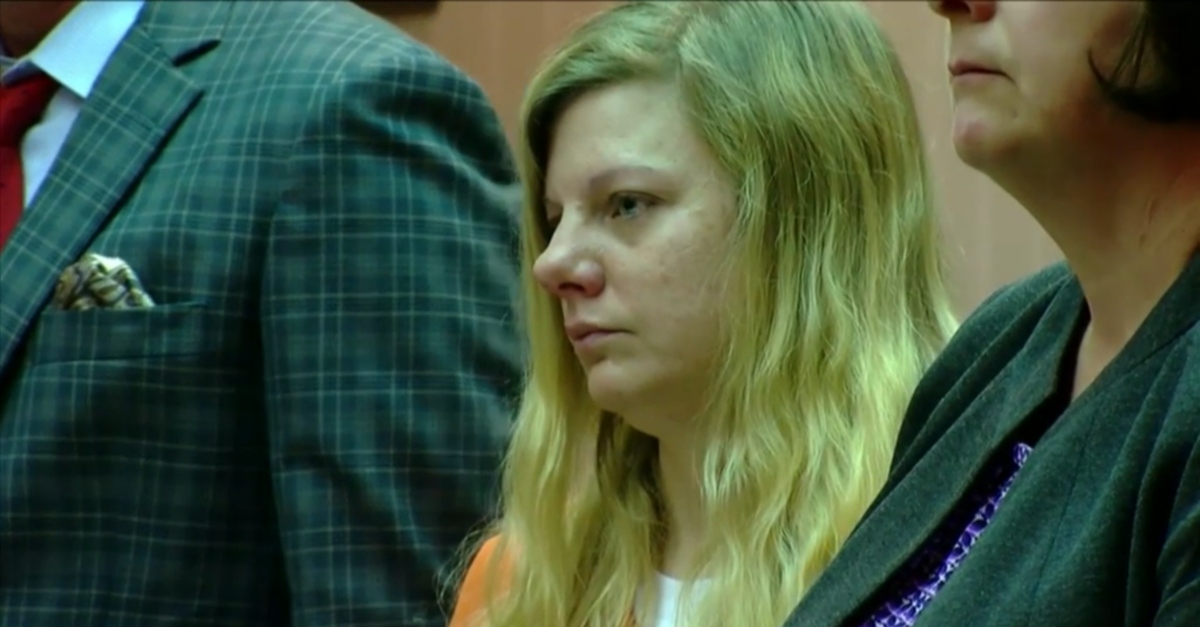 Ohio woman Lindsay Partin was sentenced Thursday to life in prison in the murder of 3-year-old Hannah Wesche. Partin will be eligible for parole in 15 years.

#LindsayPartin – Partin is sentenced to LIFE in prison with the possibility of parole after 15 years for fatally beating 3-year-old #HannahWesche pic.twitter.com/Rezd5Vurtl

Partin caused the injuries leading to Wesche’s death, prosecutors said. They were neighbors and the defendant was the victim’s babysitter. She lost control and beat Hannah after having recently suffered a miscarriage, Assistant Prosecutor Lindsay Sheehan told jurors in closing arguments. The defendant was convicted of murder, involuntary manslaughter, and endangering children.

Defense lawyer Melynda Cook Howard tried to steer suspicion toward Hannah’s father Jason Wesche. He didn’t show emotion during testimony when showed pictures of the victim, and he falsely told investigators that he went to Walmart for milk the day before his daughter was found unresponsive, said Howard.

During testimony, Jason Wesche attributed his false statement to stress in the wake of his daughter’s injuries.

Partin testified that detectives pressured her into confessing to the murder.

“They only wanted their own answers,” she said. “I felt pressured. I felt forced. I wanted to protect everybody. I felt bullied.”

She said she only lied because investigators were asking if her husband abused her, and she also worried about Jason Wesche’s liability.

Sheehan construed the confession as credible, arguing that it was the defendant, not detectives, who supplied the details.