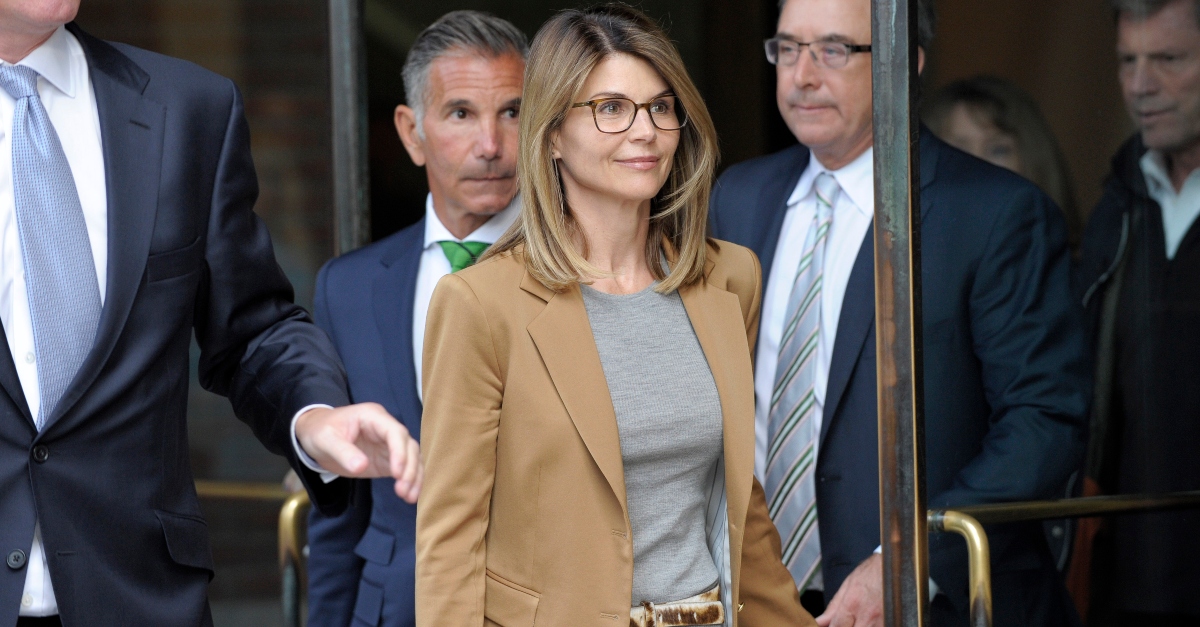 Recent courts filings and news reports suggest that Lori Loughlin and Mossimo Giannulli are going all-in on a legal strategy to cast themselves as victims — whether of prosecutorial misconduct and zealotry, or of William “Rick” Singer, the admitted mastermind of the college admissions scheme.

An attorney for the defendants brought the defense strategy into focus last Friday, highlighting what exactly the prosecution needs to prove while accusing the government of potentially withholding evidence favorable to the defense [emphases ours]:

The Government’s theory in this case is that Giannulli and Loughlin knowingly bribed a rogue USC administrator in order to secure their daughters’ admission to the university. But the Government appears to be concealing exculpatory evidence that helps show that both Defendants believed all of the payments they made would go to USC itself—for legitimate, university-approved purposes—or to other legitimate charitable causes. The Government’s failure to disclose this information is unacceptable, and this Court should put a stop to it.

This is a long way of saying Loughlin and Giannulli were sold a bill of goods by Rick Singer that the $500,000 in question, which the government calls a bribe, was going to benefit “underserved kids” and was actually intended to benefit USC in a way that is no different from donating a library. Recall: Singer ran The Key Worldwide Foundation and accepted millions of dollars from wealthy parents, money that was then laundered through the fraudulent charity and doled out to college officials who were in a position to affect admissions choices at elite institutions.

A source said to be “close to” Loughlin told People magazine on Wednesday that it is the Full House actress’s belief that she will be found not guilty because she was “hoodwinked” by Singer. She was “convinced that she was making a donation, just like parents have been doing for years” and that she had no intention of breaking the law, the person said.

This same source has said that Loughlin believes she has a “valid defense.”

Law&Crime founder Dan Abrams said as far back as April that this was probably going to be the defense.

“You can’t say ‘I didn’t know the details of the wire fraud law,’ and therefore that’s the defense,” Abrams said, “but you can say … ‘I didn’t know, I didn’t intend to do it, I wasn’t intending to misrepresent or to defraud, etc.’” He noted that intent is significant and that prosecutors are going to have to prove that beyond a reasonable doubt.

Loughlin and Giannulli are accused of creating fake rowing profiles to get their daughters Isabella Giannulli and Olivia Jade Giannulli into USC, “agree[ing] to pay bribes totaling $500,000 in exchange for having their two daughters designated as recruits to the [University of Southern California (USC)] crew team–despite the fact that they did not participate in crew.”

The anonymous source went on to tell People that Loughlin “did not have any intent to do something illegal, and in fact she thought she was doing the right thing.”

“That’s why she hasn’t pleaded guilty; frankly, she believes that she is innocent and that the evidence shown in court will prove that. Unfortunately, it seems as though the prosecution is hell-bent on making examples out of people, and not playing fair,” the person said.

“Ms. Loughlin and her husband are claiming that they were ‘hoodwinked’ by Mr. Singer when they paid $500,000 for their two daughters to get into colleges they were otherwise unqualified to attend. They claim that they thought the monies were going to legitimate charities and that there was no connection to the payment as a condition to entrance into the school,” Bianchi told Law&Crime. “We do not have the evidence in the case to evaluate the strength of the government’s case, or to assess if this defense has any merit, or likelihood of success. That said, from what was reported at the time of the arrest, it appears to be a strong case against the defendants.”

Nonetheless, Bianchi said, he finds two things about this case to be “troubling.” One of the issues Bianchi sees is that Loughlin and Giannulli are being represented by the same attorney even though it appears they have “different levels of culpability.”

“It appears from news accounts that the evidence against the spouses are different as to the level of participation in alleged crime(s). In many cases, it is possible that one spouse can assert that while involved, that they were not part of critical aspects of the situation to have the knowledge that the other spouse was committing a crime,” he said. “I mention this because Ms. Loughlin and her husband are represented by the same attorney. As a defense attorney, I would never represent two clients who could very well have different defenses, and different levels of culpability, as what appears to be the case here. Which client should that attorney be loyal to should an ‘antagonistic defense’ arise during trial? Why lawyers continue to do this is befuddling to me.”

For example, in a superseding indictment, prosecutors cited evidence of Mossimo Giannulli telling his accountant that he “had to work the system” to get his daughters into USC. In Loughlin’s case, there wasn’t an inflammatory line equivalent to that. During a phone call that the government recorded, Singer warned Loughlin of an IRS audit. There was no IRS audit; Singer was busted and aware that the feds were listening in.

“So I just want to make sure that you know that, one, that you’re probably going to get a call and that I have not told them anything about the girls going through the side door, through crew, even though they didn’t do crew to get into USC. So I–that is–all I told them was that you guys made a donation to our foundation to help underserved kids,” Singer said.

Loughlin allegedly replied, “Um-hmm.” You can see how the defense might argue that she was acknowledging that she thought she made a donation to help underserved kids.

But Bianchi also said that Loughlin and Giannulli “shouldn’t have to beg a court to get data that resides in the possession of prosecutors.”

“Last week the defense argued that they were not provided FBI 302 reports, many of which are statements Mr. Singer (their cooperating witness) made that the defense claims are helpful to the defendants. Under federal law, the prosecution only has to provide ‘exculpatory’ evidence at this stage of the proceedings, that is, evidence that is helpful to the defense,” Bianchi continued. “But, ‘beauty is in the eye of the beholder’ and sometimes evidence in the federal system that should have been produced does not get produced. It is extremely difficult to assess a case as a defense lawyer without such crucial evidence that his hidden from them.”

“I continue to argue that the federal system is so fundamentally flawed and gives prosecutors a tremendous, and in my mind, unfair advantage. Most states have passed rules that allow the free flow of all information the government has to get to the defense. This by far is a fairer way to handle criminal cases,” he added. “The abuses of not allowing all information to be given to defendants, as well as the antiquated failure to require interviews of witnesses to be recorded, needs to change.”