Kavanaugh Is Lawyering Up: This Is the Woman Defending the Embattled SCOTUS Nominee 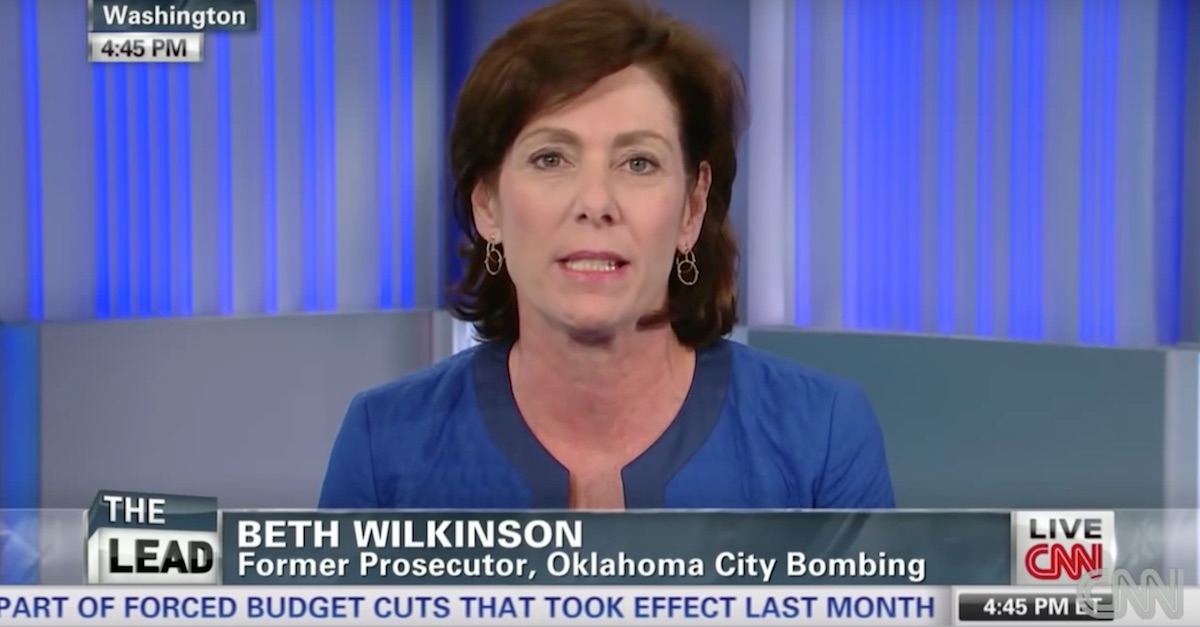 President Donald Trump‘s Supreme Court nominee Brett Kavanaugh has decided to take on an “eleventh-hour” challenge of his candidacy for the land’s highest court with some high-powered legal assistance.

Kavanaugh has reportedly hired Beth Wilkinson, a founding partner of the D.C. firm, Wilkinson Walsh + Eskovitz. It happens after college professor (and registered Democrat) Christine Blasey Ford went public with the allegation that Kavanaugh attempted to sexually assault her at a party in the 80s, when the two were in high school.

Kavanaugh has hired an attorney in Wilkinson whose sterling reputation precedes her. Wilkinson’s bio is littered with examples of her serving as lead counsel in multi-million (and sometimes billion) dollar pharma cases. Other clients included the NFL, MLB, Philip Morris USA, the NCAA, Microsoft and Facebook.

Wilkinson made the transition from the Army to the successful prosecution of Oklahoma City bomber Timothy McVeigh. She very famously uttered these words to argue that McVeigh should be executed: “Look into the eyes of a coward and tell him you will have courage […] Tell him he is no patriot. He is a traitor and deserves to die.”

Wilkinson also happens to be married to CNN political analyst (and former Meet the Press moderator) David Gregory. The couple has been married since 2000.

Kavanaugh denied the allegation made by Ford in a statement on Monday, saying he would testify before the Senate Judiciary Committee to clear his name. “This is a completely false allegation,” he said.

“I am willing to talk to the Senate Judiciary Commitee in any way the Committee deems appropriate to refute this false allegation, from 36 years ago, and defend my integrity,” he added. Sen. Orrin Hatch (R-Utah) said Kavanaugh told him he wasn’t even at the party in question.

“I thought he might inadvertently kill me,” Ford has, on the other hand, said of Kavanaugh. “He was trying to attack me and remove my clothing.”

“This is not a politically motivated action, in fact she was quite reluctant to come forward,” Katz said. Ford’s husband is also backing up the allegation.