Judge Instructs Jurors Not to Watch ‘Making a Murderer’ 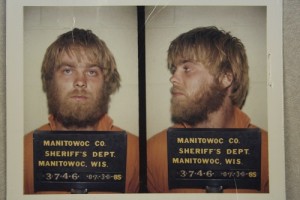 The judge in a Michigan murder trial over the murder of 14-year-old girl has instructed jurors to not watch the controversial Netflix series Making a Murderer.

James VanCallis is on trial for the murder of 14-year-old April Millsap, a Michigan teenager who was brutally beaten and stomped to death in the summer of 2014. There is no DNA, fingerprints or other physical evidence linking VanCallis to the crime, but authorities analyzed data from a fitness app on the victim’s phone to track her movements prior to her death. At trial, prosecutors are expected to present video evidence from a home surveillance camera that shows VanCallis’ motorcycle passing by at the same time data from the victim’s cellphone showed her to be at that location.

So what does all this have to do with Making a Murder?

The defense hired Michael O’Kelly as an expert witness to rebut the cell-phone data evidence. If the name doesn’t yet ring a bell, this is the same Michael O’Kelly that has emerged in the eyes of many as a central villain in the Making a Murder series after he worked to elicit a “confession” from Brendan Dassey at the direction of Dassey’s own attorney.

VanCallis’ attorneys were concerned about bias against one of their witnesses, so all potential jurors were asked whether they had watched the series in a questionnaire. One potential juror was removed for cause after telling the judge and attorneys certain aspects of the show horrified him, including what he described as O’Kelly’s manipulation of Dassey. Only two other potential jurors said they watched at least a portion the show, but neither had any opinion O’Kelly.