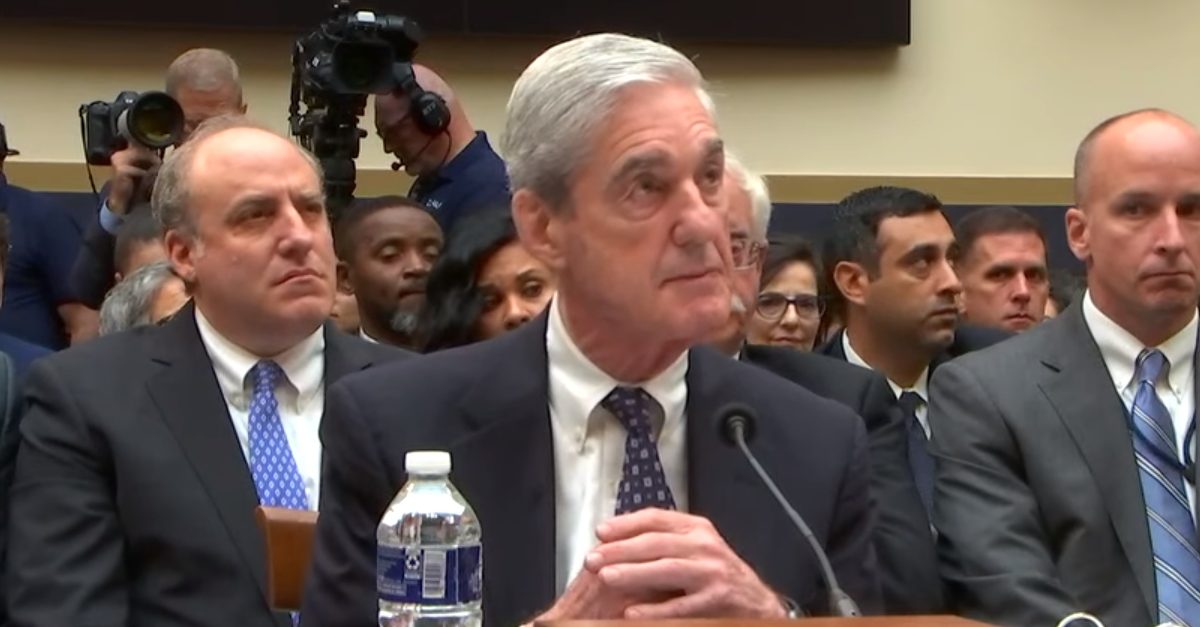 A federal judge in Washington, D.C. on Wednesday ruled that the Department of Justice (DOJ) had violated federal law by withholding portions of the Mueller Report from the public, ordering the department to produce the material before the Nov. 3 presidential election.

Senior U.S. District Judge Reggie B. Walton, a George W. Bush appointee who previously read the entire Mueller report and ordered the DOJ to answer a spreadsheet full of questions about the report’s publicly hidden contents, reasoned that the DOJ improperly redacted sections of the report pursuant to the deliberative process privilege contained in Exemption 5 of the Freedom of Information Act (FOIA).

Walton also ruled, however, that other DOJ redactions aimed at protecting “unwitting third parties” not charged, information obtained as a result of grand jury subpoenas, and law enforcement techniques were all properly redacted.

Exemption 5—which has also been used to withhold a memo outlining DOJ’s legal position against charging President Donald Trump with obstruction—allows for the withholding of, among other things, information relating to the “deliberative process.” The DOJ invoked the privilege to withhold documents it said would have revealed “criminal charges considered but not pursued against certain named individuals under investigation.”

But according to Walton, the interactions in question were not “predecisional” deliberations, as required for the exemption to apply.

According to BuzzFeed News, whose reporter Jason Leopold is one of the plaintiffs in the case, the DOJ must release by Nov. 2 “at least 15 previously blacked-out pages from volume one” of the Mueller report which “appear to involve discussions related to the hack of emails from the Democratic National Committee in early 2016 and the Trump campaign’s interest in those documents when WikiLeaks released them that June.”

Walton, in a separate but related matter regarding the Mueller investigation, found last month that DOJ redactions of FBI reports of witness interviews (302s) fell within legal exemptions to the department’s obligations under FOIA.