Brett Kavanaugh Could Be Charged With Sexual Assault | Law & Crime

If the Allegations Are True, Could Brett Kavanaugh Face Criminal Charges? Maybe. 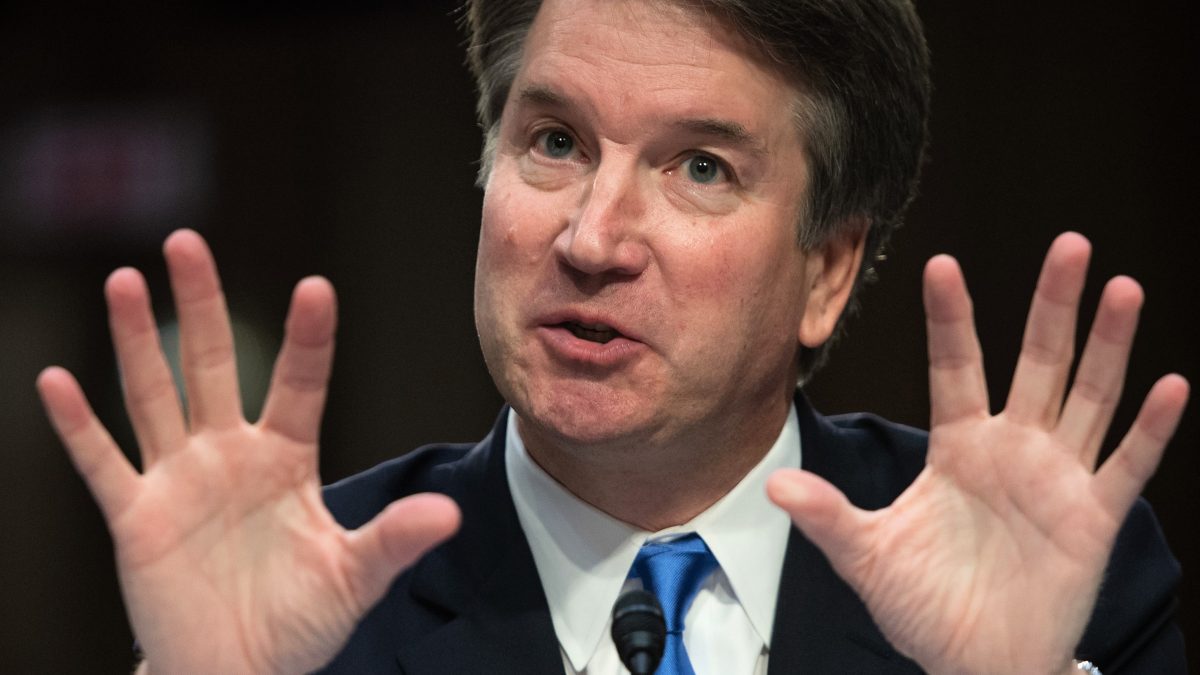 Brett Kavanaugh‘s seemingly imminent lifetime appointment to the Supreme Court was cast into some level of doubt on Thursday after Senate Democrats referred a letter accusing the nominee of “sexual misconduct” to the FBI. This news sent the U.S. Senate and broader political establishment into a tizzy-like blaze.

The contents of this letter were initially kept secret–leading to no small amount of reporting on rumor, innuendo and supposition. For Law&Crime’s other reporting on this story see here, here and here.

Sen. Dianne Feinstein (D-Calif.) was forwarded the letter after it was originally received by Rep. Anna Eshoo, another California Democrat. Feinstein mostly kept mum–furtively keeping the letter away from her fellow Democrats on the Senate Judiciary Committee. At first, the senator’s office would only let on that the document was being forwarded to the FBI.

Depending on the true nature of the allegation, not only could his confirmation be in jeopardy, he could also face criminal liability.

The New York Times and Newsweek reported that Kavanaugh was accused of “sexual misconduct” while attending the Georgetown Preparatory School in Bethesda, Maryland. The Intercept broke this story and reported that the woman in question retained the legal counsel of Debra Katz, an attorney who has previously represented high-profile women as part of the #MeToo movement.

Brett Kavanaugh graduated from Georgetown Preparatory School in 1983. That’s a relatively long time ago. So, could there still be criminal liability in store for President Donald Trump‘s second high court nominee?

If the allegations against him are true, that’s absolutely possible. In fact, a criminal investigation might even be considered plausible at this point under certain circumstances. That’s because the State of Maryland has no statute of limitations for felony sexual assault charges.

The on-point law here is contained in the Maryland Code of Criminal Law at sections 3-303 through 3-312. Now that’s an awful lot of statutory legalese to digest and far too much of a textual task for one law explainer. Suffice to say, the Old Line State has an expansive array of sex crimes for any potential prosecutor to choose from–many of which entail felony criminal liability.

To help sort through Maryland’s myriad sex crimes and how they’re typically applied in cases which might mirror Kavanaugh’s potential liability here, Law&Crime spoke with Randolph Rice, a Maryland criminal defense attorney who specializes in sexual assault charges on behalf of both defendants and the accused.

“Typically, when they charge these types of cases, they’ll charge them based on the severity of the attack. Or possibly the age of the victim. It really is based on the facts of the allegations and that can dictate exactly what the prosecutor’s office decides to go with,” Rice said.

“If they’re a felony there’s no statute of limitations–those can be charged at any time. You see cold cases that are 10, 20 30 years old that individuals are occasionally charged with. A victim gets older. The #MeToo movement has given a lot of these victims the strength to come forward.” Rice said.

There’s also one additional area where Kavanaugh might find himself liable. As Law&Crime’s Ronn Blitzer noted in an op-ed just after the story broke, Supreme Court nominees are thoroughly grilled by the FBI. Said grilling may have entailed questions about criminal activity or allegations. And if Kavanaugh lied to the FBI about that, well, all bets are probably off here. That said, it’s more or less impossible to know exactly which questions Kavanaugh was asked by federal investigators–or how Kavanaugh would have responded if asked about such issues.

Of course, any potential charges against Kavanaugh require a hefty dose of speculation–the precise contents of the letter are still under lock-and-key–and there’s always the potential that whatever Kavanaugh has been accused of only rises to the level of a misdemeanor sex crime, which would foreclose against criminal liability as the clock tolls on such crimes after one year and one day in Maryland.

But if the alleged “sexual misconduct” rises to the level of one of Maryland’s multiple sex crimes on the books and if the victim does eventually come forward (as appears increasingly likely due to her lawyering up with a prominent #MeToo attorney), then forget about a derailed Supreme Court nomination.

As out there as it sounds, Brett Kavanaugh could be looking at having to defend himself against criminal sexual assault or rape charges.