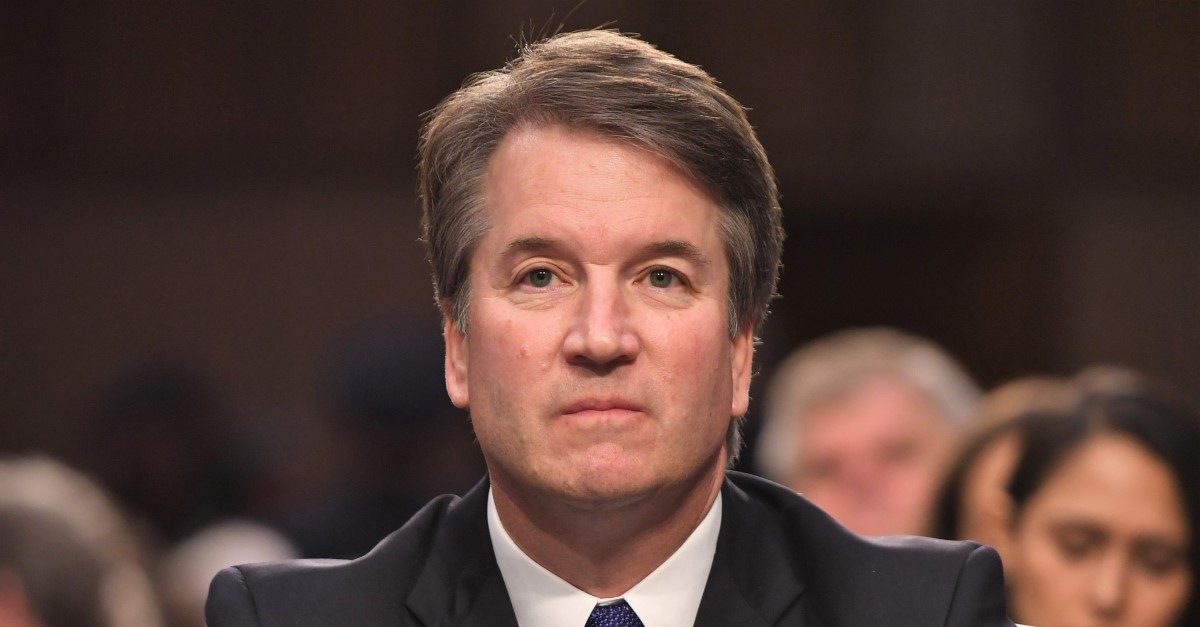 Thursday afternoon, the political world was abuzz over a mysterious letter that Democrats in Congress had from an unidentified woman regarding Supreme Court nominee Brett Kavanaugh. The only things that Sen. Dianne Feinstein (D-California), who has seen the letter, said about the matter are that 1) the woman in question doesn’t want to come forward, and 2) the matter has been referred to the FBI. The New York Times is now reporting that the letter involves allegations of “possible sexual misconduct” involving Kavanaugh while he was in high school.

This raises the question: why get the FBI involved? For starters, sexual assault is a matter for state or local police, not the feds. Additionally, the woman said she doesn’t want to come forward. There’s a fairly simple possible reason.

When Supreme Court nominees are selected, they go through a whole lot more than just a hearing before the Senate Judiciary Committee. They also go through a rigorous vetting process by the FBI, which includes hours of interviews. According to a PBS News Hour report:

Prospective justices are put through the nation’s most thorough background check, an invasive process where nothing is off-limits. After all, a surprise dredged up later could scuttle confirmation. So candidates’ taxes, writings, childhoods, business dealings, medical histories and, yes, love lives, are all scrutinized for potential red flags.

That means that federal investigators may have asked Kavanaugh questions about any crimes he may have committed or been accused of, as well as questions about past romantic relationships. If Kavanaugh had been accused of criminal activity–particularly sexual misconduct–in his past, and he lied about it during the vetting process, that itself could be grounds for criminal charges for providing a false statement to federal investigators.

At the same time, national security lawyer Brad Moss says there’s just not enough information out there to know for sure what the FBI referral is all about. We don’t know if the FBI asked questions related to this, and if they did, we don’t know what Kavanaugh would have said.

“It could honestly be simply a matter of due diligence and something that she felt needed to be referred over to the FBI, no matter what comes of it,” Moss told Law&Crime. “Without knowing what (if anything) Kavanaugh would have told FBI investigators, as well as what ultimately came of this alleged misconduct decades ago, it’s difficult to envision a scenario in which this derails Kavanaugh’s nomination.”

Senator Dick Durbin also wasn’t sure what could come of this.

“No idea what they are going to find,” Durbin told CNN, simply saying, “I think the FBI is the appropriate agency and that’s where it was referred.”