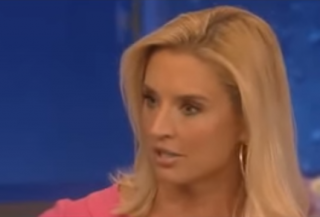 An attorney for a former Fox News Anchor is speaking out regarding allegations of sexual harassment at the network involving ex-CEO Roger Ailes. But it’s not the harassment that’s the subject of the criticism, it’s the investigation itself.

Bruce Schaeffer, a lawyer for former Fox News anchor Laurie Dhue, issued a statement obtained by the Daily Beast on Tuesday. Schaeffer commented on how the law firm Paul, Weiss, who is conducting the investigation, did not reach out to his client, or to former anchor Laurie Luhn, who recently spoke out about 20 years of harassment at the network.

Dhue, who was with Fox News from 2000 to 2008, has alleged that she too was harassed by Ailes. Schaeffer recalled an instance where where Dhue was bouncing on a trampoline with Ailes’ six year old son, and the former CEO allegedly asked if she was wearing underwear.

LawNewz.com reached out to the Paul, Weiss media relations department for a comment, but has not received a response at this time.