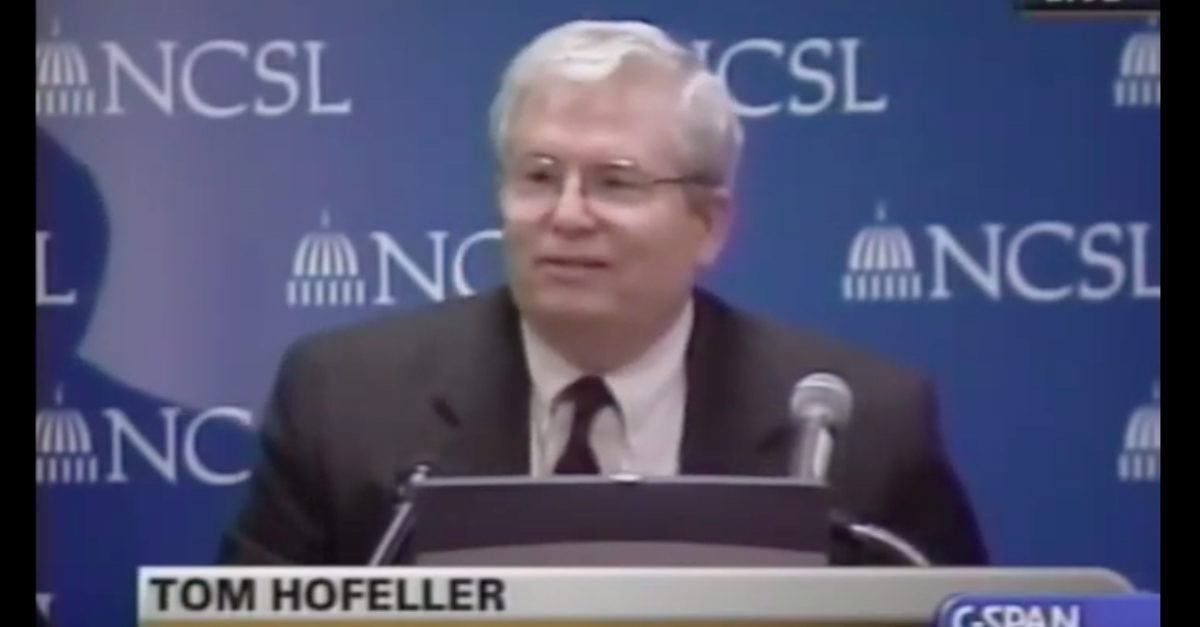 A North Carolina court on Tuesday struck down the state’s legislative voting maps, reasoning that the current maps “do not permit voters to freely choose their representative.” The court’s decision hinged on evidence acquired from the computer records of Thomas Hofeller, the recently deceased GOP operative and godfather of modern-day gerrymandering, who spearheaded the state’s efforts to redraw voting maps. While the full cache of more than 70,000 files remain under court-ordered seal until at least September 17, they were obtained by The New Yorker and appear to show that Hofeller unconstitutionally used race data of the voting populace to design the maps, according to a report Friday.

While The New Yorker did not publish any of the Hofeller documents still under seal, reporter David Daley, who specializes in writing about gerrymandering, detailed how Hofeller collected and utilized data on voters’ race and geographic location to entrench Republican power in the state legislatures across the country. According to the report, Hofeller kept dozens of “intensely detailed studies” which broke down the state’s college student population by race and were then cross-referenced with driver’s license files and other variables.

“The studies are dated 2014 and 2015, the years before Hofeller helped Republicans in the state redraw its congressional districts in ways that voting-rights groups said discriminated on the basis of race,” Daley wrote. “North Carolina Republicans said that the maps discriminated based on partisanship but not race. Hofeller’s hard drive also retained a map of North Carolina’s 2017 state judicial gerrymander, with an overlay of the black voting-age population by district, suggesting that these maps—which are currently at the center of a protracted legal battle—might also be a racial gerrymander.”

The files also revealed that Hofeller provided similar data-driven gerrymandering advisory services in several other states, including Texas, Massachusetts, Arizona, and Florida, which could lead to similar constitutional challenges to those states’ legislative voting maps.

The most egregious example of race-based gerrymandering detailed in the report pertains to a controversial voting line running through the center of the historically black North Carolina A&T State University, splitting the college’s minority population into two separate voting districts. While North Carolina Republicans have persistently denied that the line was drawn to dilute the voting power of the majority minority population, Hofeller’s data appear to show otherwise. Per the report:

Hofeller’s files, though, show that he created giant databases that detailed the racial makeup, voting patterns, and residence halls of more than a thousand North Carolina A&T students. He also collected similar data that tracked the race, voting patterns, and addresses of tens of thousands of other North Carolina college students. Some spreadsheets have more than fifty different fields with precise racial, gender, and geographic details on thousands of college voters.

As a result, the district line running through North Carolina A&T State divided the minority voting population with such precision that it “all but guarantees” both districts will remain under Republican representation for the foreseeable future.

Hofeller’s emails also showed his unwavering commitment to the gerrymandering cause. One day after being diagnosed with lung and kidney cancer, Hofeller emailed a friend that he planned on staying committed until the very end. “I still have time to bedevil the Democrats with more redistricting plans before I exit,” he wrote.  “Look my name up on the Internet and you can follow the damage.”

You may remember Hofeller’s name from the supreme controversy that was the 2020 Census citizenship question.

Challengers of the question previously filed documents illustrating that Hofeller had been in direct contact with high-level officials at the Census Bureau regarding the addition of a citizenship question.

“These newly discovered documents…eliminate any colorable doubt about the link between Hofeller and government employees involved in the citizenship question approval process,” the then-challengers’ attorneys wrote in a letter.

That controversy stemmed from records released from the estate of Hofeller, which purported to show that Hofeller specifically orchestrated the addition of the citizenship census question to achieve Republican electoral advantages.

Hofeller conducted a study on the effects a citizenship question would have on the overall census report, which allegedly became the template for the Trump administration in their decision to add the question. One of the conclusions of the study was that “A switch to the use of citizen voting age population as the redistricting population base for redistricting would be advantageous to Republicans and Non-Hispanic Whites.”