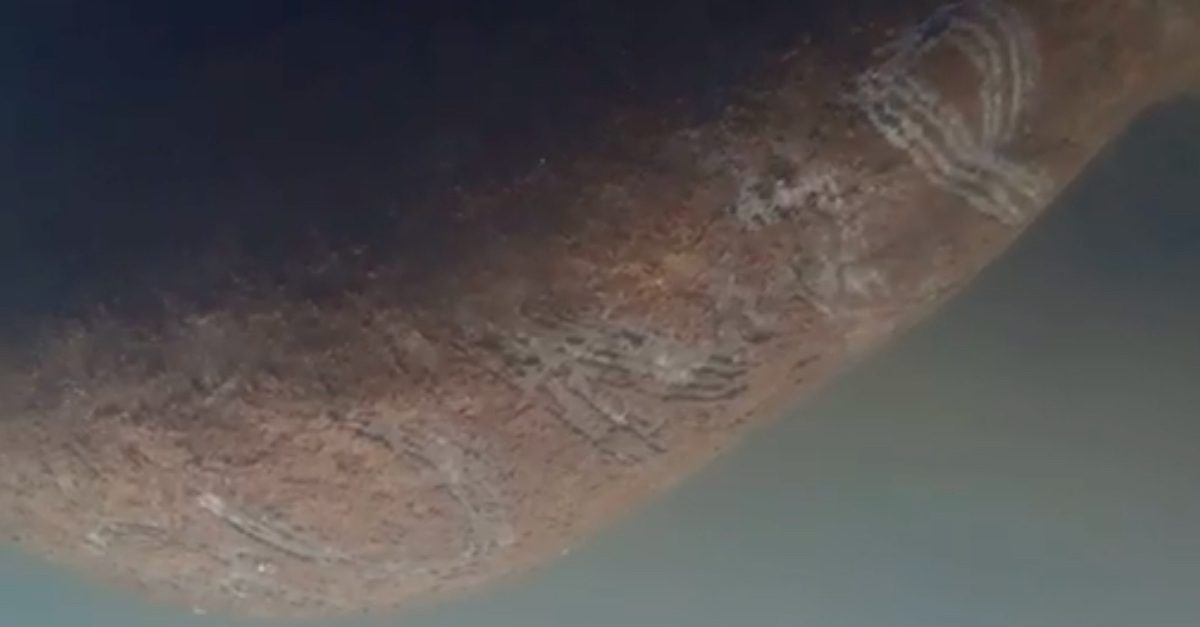 The U.S. Fish and Wildlife Service (FWS) is investigating after federal officials discovered that someone had “scraped” the word “TRUMP” across a manatee’s back in Florida, the Citrus County Chronicle reported Monday.

The West Indian manatee was reported to FWS over the weekend when it was spotted swimming in the Blue Hole of Homosassa Springs Wildlife State Park.

According to the Florida Fish and Wildlife Conservation Commission, Manatees are also protected under the Marine Mammal Protection Act of 1972, the Endangered Species Act of 1973, and the Florida Manatee Sanctuary Act of 1978. It is illegal to feed, harass, harm, pursue, hunt, shoot, wound, kill, annoy, or molest manatees.

Senior federal wildlife officer Craig Cavanna—who is leading the investigation for FWS—told the Citrus County Chronicle that the agency was “following leads,” but could not comment on the ongoing investigation. He did note, however, that harassment of a manatee is a Class A, federal criminal offense punishable by a $50,000 fine and a maximum of one-year in federal prison.

“It’s been My experience that this is very out of character for this community,” Cavanna said. “Wildlife conservation is a core value in Citrus County. That’s why it’s called the Nature Coast.”

The West Indian manatee was listed as an endangered species in the 1970s, when their numbers dwindled to less than 1,000, but the slow-moving creatures were downlisted to “threatened” in 2017 by then-Secretary of the Interior Ryan Zinke.