The parents of 14-year-old Black teen who was falsely accused of stealing 22-year-old “SoHo Karen” Miya Ponsetto’s phone at a New York City hotel weeks ago have condemned Ponsetto’s apology. During a CBS This Morning interview that aired Monday, Jazz musician Keyon Harrold Sr. and Kat Rodriguez said Ponsetto’s attempt to say sorry was not genuine, as indicated by the bizarre moment Ponsetto “shushed” Gayle King last week on CBS.

“I feel like her apology was as genuine as when she shushed you,” Harrold Sr. said. “I have an issue with the idea of entitlement versus character. It’s all been tragically consistent. I’ll just say that.”

Ponsetto, who was captured on video falsely accusing Harrold Jr. of stealing her phone at Arlo SoHo Hotel on Dec. 26, was arrested on the west coast shortly after she and her attorney Sharen Ghatan sat down with King last week. She has been charged in New York with attempted assault, attempted robbery, grand larceny, and acting in a manner injurious to a child.

According to a news release on Thursday, the California’s Ventura County Sheriff’s Department “contacted Ponsetto during a traffic stop near her home in Piru,” an unincorporated historic town about an hour northwest of downtown Los Angeles. The Sheriff’s Department said the arrest was related to “a fugitive warrant in connection with a recent assault at a New York City hotel.” 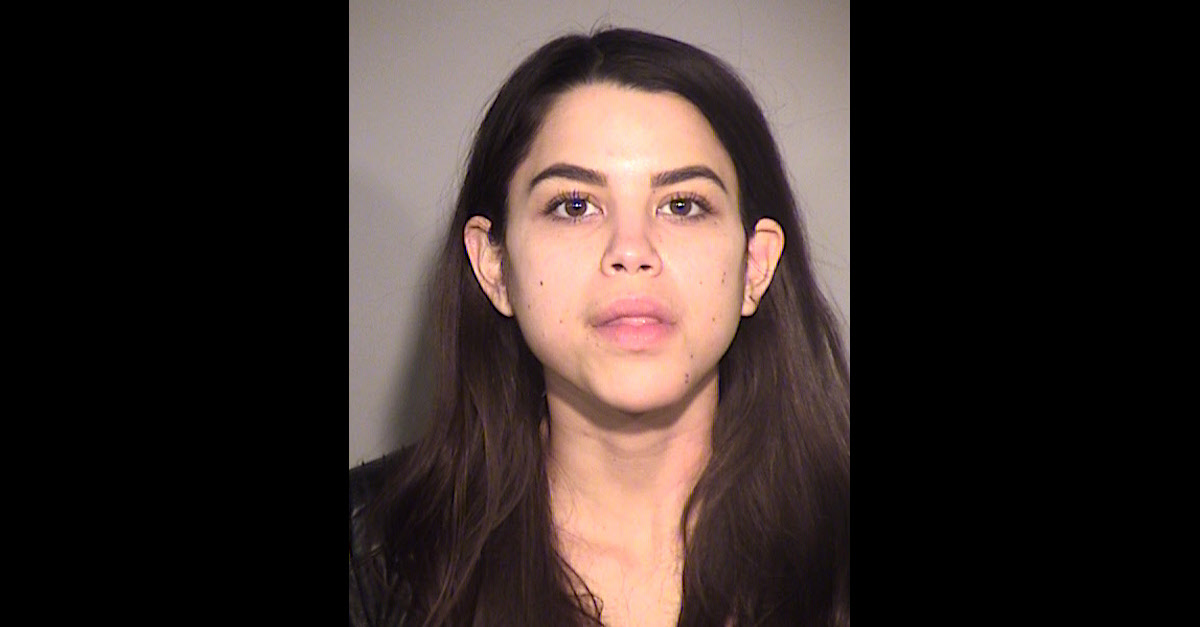 Per the news release, Ponsetto “did not stop for deputies until she reached her residence, and she refused to get out of the car.”

“Deputies forcibly removed her from the vehicle and arrested her for the outstanding warrant,” the sheriff’s department said.  “Ponsetto was booked at the Pre-Trial Detention Facility in Ventura, where she is being held without bail for the fugitive warrant. She will remain in local custody pending an extradition hearing. Detectives from the New York Police Department arrived in Ventura County on Thursday morning to help coordinate the arrest.”

Video released by the New York Police Department showed what happened after the viral cell phone recording is said to have ended.  It shows Ponsetto “proceeded to physically attack” the teen “and fled the location before police officers arrived,” according to a tweet by NYPD Detectives Bureau Chief Rodney Harrison.

Ponsetto said that she approached Harrold Jr. because she assumed anyone leaving the hotel was “probably the one . . . might be the one that is trying to steal” the phone.

“I admit, yes, I could have approached the situation differently or maybe not yelled at him like that and made him feel, you know, maybe — some sort of — uh — inferior way, making him feel as if I was like hurting his feelings, because that’s not my intention,” Ponsetto said. “I — I consider myself to be super sweet. I really never, ever meant for it to, like, hurt him or his father, either.”

Ponsetto said she “sincerely, from the bottom of her heart” apologized. But King said the video appeared to show that Ponsetto “physically attacked this young boy.”

Ponsetto then said the teen’s “dad did end up, like, slamming me to the ground, and, uh, pulling my hair, and throwing me, and dragging me across the ground, so, I, I will say that.”

Ponsetto said she apologized for “yelling” and then suggested that people should “move on.”

King suggested that Ponsetto needed to address the “context” to her actions and understand them.

Eventually, under further questioning by King, Ponsetto extended her hand and said “enough.”

Harrold Sr. said that he had no doubt he’d be in jail if he had done what Ponsetto did.

“If I had hurt her in any way, I’d be in jail now. We wouldn’t even be able to have this conversation. As a Black man, every day I walk outside, I have to play the perfect game, almost like doing a no-hitter, just to be believed,” he said. “No one has to say the N-word for something to be an act of racism.”

Rodriguez said he son was shaken by the incident.

“He keeps on asking the question, ‘Why? Why me, Mom? You know I wouldn’t steal anything. I didn’t know her. Why?’” she said. “I can’t hug him from the back without him cringing.”

“He actually asked me not to affectionately touch his back or shoulders,” Rodriguez added.

Ponsetto’s lawyer told the New York Daily News that she realized “within 10 to 15 minutes” after meeting up with Ponsetto that she “was not well, not mentally fit to do any interviews.”