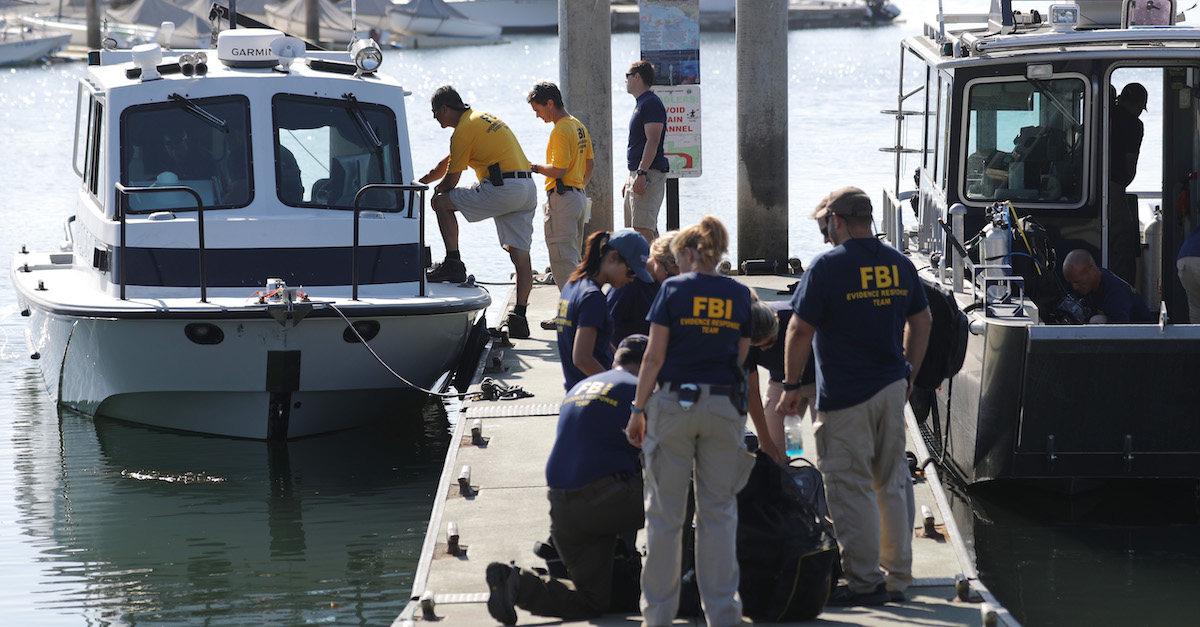 Federal agents are expanding their investigation into a horrific dive boat fire that claimed 34 lives off the coast of California on Labor Day.

According to the Los Angeles Times, agents with the Federal Bureau of Investigation, the Bureau of Alcohol, Tobacco, Firearms and Explosives and the U.S. Coast Guard served warrants at the corporate headquarters of Truth Aquatics, Inc.–the company owned and operated by Glen and Dana Fritzler.

Federal agents swarmed the company’s headquarters in search of training, safety and maintenance records just days after the operators of the ill-fated Conception filed a preemptive lawsuit in Los Angeles federal court asserting they bore no responsibility for the turn of events that led to the fire and catastrophic loss of life.

According to anonymous law enforcement sources cited by the outlet, a preliminary investigation into the blaze suggests the doomed ship was plagued by “serious safety deficiencies.”

Chief among those alleged lacking precautions was the absence of a “roaming night watchman”–a sort of all-purpose security guard required to be awake throughout the night in order to alert passengers and crew in the event of danger, such as a fire.

Investigators reportedly said their work showed the Conception’s crew had likely not received adequate safety training. Additionally, those sources said, it appeared the ship’s passengers had not received a complete safety briefing upon boarding the ship.

The LA Times also noted that those sources, who appeared to be leaning toward laying at least some degree of fault at Truth Aquatics’ and the Fritzlers’ feet, were not permitted to speak on the record–and stressed that the investigation had not yet settled on whether a crime had been committed.

According to Raney, the evidentiary dragnet was “par for the course. You can only do so much with your basic investigative efforts, and at some point you have to use a search warrant as the means to collect information.”

A criminal case against the Fritzlers could, however, be on the horizon.

After the fire, Glen Fritzler posted the following message on the Truth Aquatics Facebook page:

We have not yet made a public statement because we have been working tirelessly with the [National Transportation Safety Board (NTSB)] to find answers. As a member of the NTSB task force committee, we are prevented from commenting on details of this active investigation. We are committed to finding accurate answers as quickly as possible.

“Yet, we can speak to our emotions,” the non-official statement continued, “We are utterly crushed. We are devastated. We are a small, family-run business that has taken this event entirely to heart. Our customers are like family to us, many returning for decades. Our crew is family.”