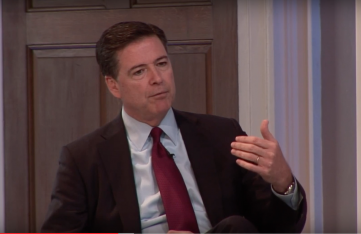 The FBI reportedly paid over $1 million for a tool that enabled them to crack open an iPhone used by San Bernardino terrorist Syed Rizwan Farook.  The large payment to a still unidentified third-party company is likely to raise questions amid reports that the FBI did not obtain any useful information once it unlocked the Farook’s iPhone.

According to the Wall Street Journal, FBI Director James Comey attended the Aspen Security Forum in London on Thursday where he dropped a hint about the cost of the mysterious tool the Bureau obtained to gain access to Farook’s iPhone.

Comey told the audience the Bureau paid, “[a] lot. More than I will make in the remainder of this job, which is seven years and four months for sure.”

Public records show Comey’s annual salary was $183,000 last year, which would put the cost of the hacking tool at over $1.26 million.

While Comey reportedly said the high cost was “worth it,” recent reports indicate that it actually may have been a huge waste of money.  According to Wired, the FBI did not obtain any significant information once they were able to get inside Farook’s iPhone.

Andrew Crocket, a staff attorney at the Electronic Frontier Foundation, told Wired that the results of the San Bernardino case should result in stronger oversight of government agencies purchasing hacking tools.

“The fact that it was not useful is the biggest headline to me. It’s a lot of money, but there’s nothing to compare it to. There’s no insight into how this fits into the [government] market for vulnerabilities. If the government is going to continue on a course of spending a lot of money on vulnerabilities that are perhaps not useful or short-lived, it’s the sort of thing that Congress should have some oversight on it.”

In 2013, the National Security Agency (NSA) paid approximately $25 million to various private companies to obtain tools similar to one the FBI obtained in the San Bernardino case.