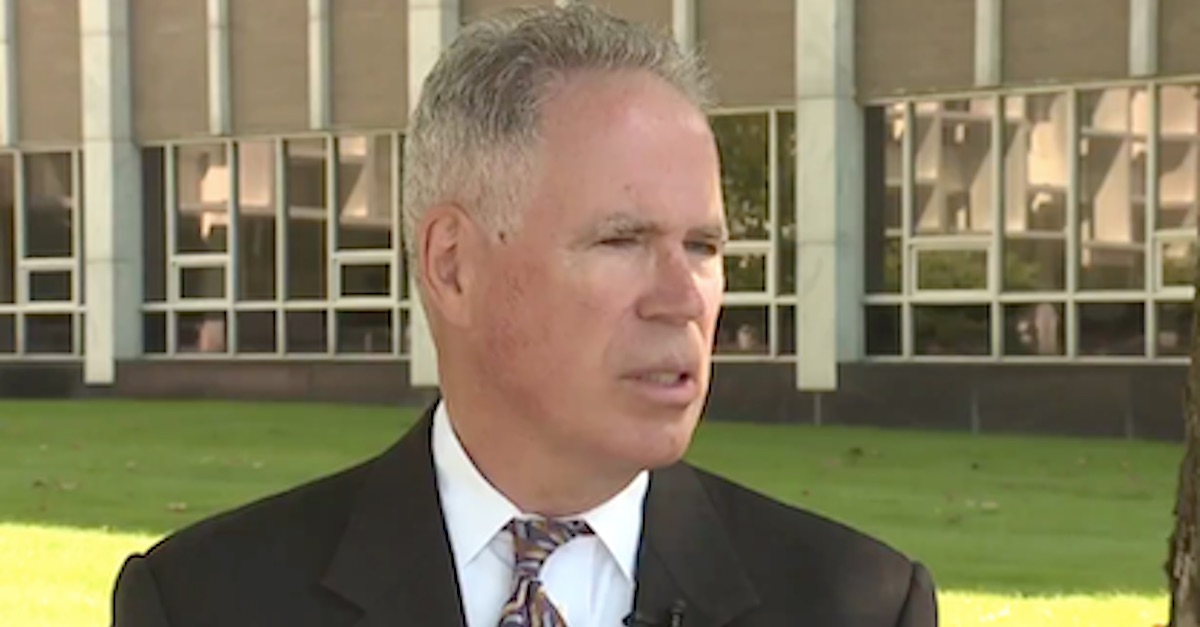 A Michigan man who has been an attorney for the last 35 years said that the feds showed up at the front door of his home last Friday, only to tell him that a doctor on the wrong side of a $60,000 judgment wanted him dead. Mike McCulloch told WXYZ that in his decades practicing law he’s “never run into people like this.”

Daniel Schwarz, 56, allegedly plotted to have McCulloch murdered via fentanyl, an opioid that is 50 times more powerful than heroin. According to federal agents, Schwarz not only expressed a desire to kill McCulloch with fentanyl, but also expressed a kidnapping and torture “fantasy” modeled after the Quentin Tarantino movie, Reservoir Dogs. The feds claimed that Schwarz admitted to talking about killing McCulloch and admitted to having the above-described “fantasy.” Schwarz, for his part, denied that he seriously wanted McCullough dead.

According to the Washington Post, Schwarz had been under investigation for conspiracy to possess fentanyl when the feds uncovered the alleged murder-for-hire plot. Schwarz allegedly blabbed to a meth addict cooperating with the FBI about his intent to have McCulloch killed. She (a meth addict who was in drug recovery) told the feds that Schwarz explained the motive: McCulloch sued Schwarz on behalf of condo association, resulting in Schwarz losing a $60,000 judgment. The cooperating witness also said that Schwarz suggested killing McCulloch by “accidentally” bumping into him and injecting him covertly with a lethal fentanyl-Xanax cocktail.

As if that wasn’t crazy enough, Schwarz allegedly considered framing Robert Meisner — the second of three attorneys who represented Schwarz and his wife. Meisner had to withdraw from the case.

Schwarz allegedly offered the cooperating witness $2,000 to help accomplish the plot, but the witness went back for more money — this time wearing a wire.

After the ensuing arrest, Schwarz allegedly confessed that he “fantasized” about killing McCulloch and Meisner while also claiming that he just wanted to plant drugs in their cars. He faces charges of conspiracy and an attempt to possess with the intent to distribute a controlled substance, but, in light of the circumstances, those charges are expected to be upgraded.

Editor’s note: This story was corrected post-publication to note that Robert Meisner didn’t lose the case against McCulloch, but withdrew from it.