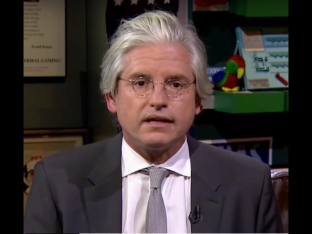 Former Secret Service officer Gary Byrne recently authored a tell-all book about his assignment guarding the White House in the 1990s.  The book did not exactly portray Bill and Hillary Clinton in the best light and it received a great deal of criticism from Clinton defenders, particularly from David Brock and his liberal media advocacy organization Media Matters for America.  It now appears that Byrne believes some of that criticism crossed the line, so much so that he plans to file a lawsuit against the book’s chief detractors.

Byrne’s lawyer sent a letter to Brock and Media Matters for America informing them that he plans to file a defamation lawsuit, according to a report in the New York Post.

“Officer Byrne will bring legal action against you, in your personal capacity, and against Media Matters,” the letter states, according to the Post.  It further directs Brock and Media Matters to “hold” any records and communications about Byrne, including “communication(s) between David Brock and The Honorable Hillary Rodham Clinton.”

The letter also demands that Brock “immediately and publicly retract any statement or inference by yourself and/or Media Matters to the effect that Officer Byrne was not fully truthful in recounting within ‘Crisis of Character’ [the book] details from any previous testimony.”

It specifically refers to the claim that Byrne was never in close proximity to Bill Clinton during his assignment at the White House, demanding a retraction for “the utterly false statement(s).”

But even if Brock and Media Matters do issue a retraction, Byrne told the Post he still plans to go forward with the lawsuit.  However, it will most likely not be filed until after the election.

“We’re moving forward with the suit regardless,” Byrne said.  “My goal here is to get the message out – that everything in my book is true.”

Lawyers representing Brock and Media Matters reportedly acknowledged receiving the letter, but did not otherwise comment on the claims.

This is also not the first time Byrne has apparently sent a letter threatening legal action over the book.  Earlier this year, Byrne reportedly sent a similar letter to Jan Gilhooly, president of the of the Association of Former Agents of the United States Secret Service, after she issued a statement denouncing the book.