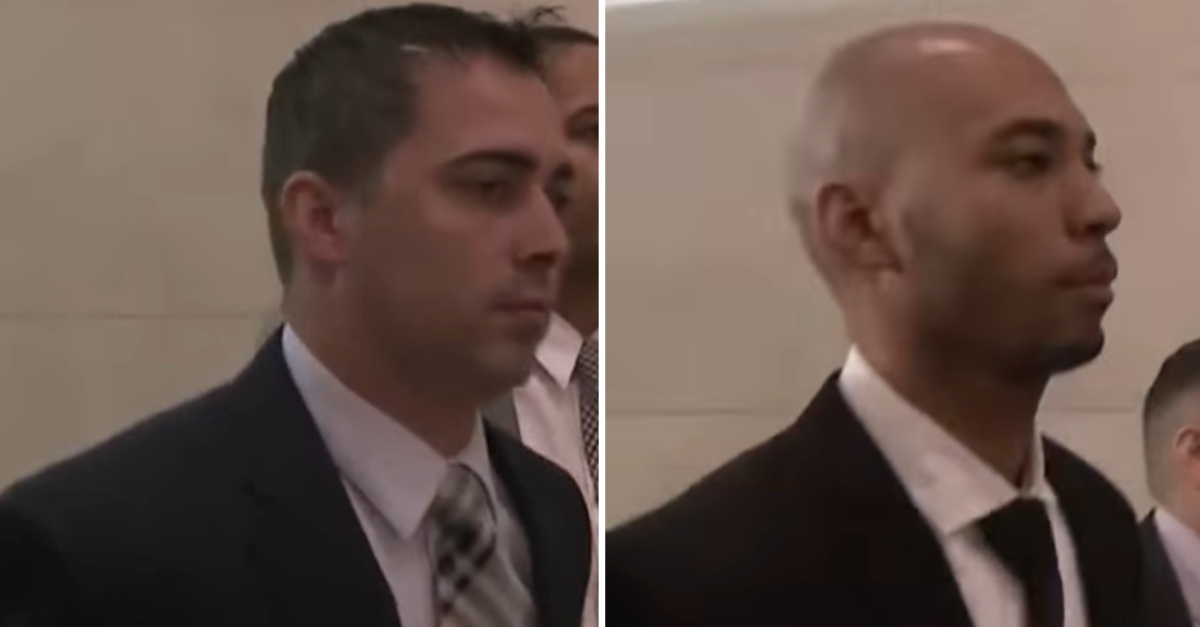 The two former NYPD detectives previously charged with raping a handcuffed 18-year-old in the back of a police van have pleaded guilty to other charges, according to The New York Post. The attorney for Eddie Martins, 39, said his client and co-defendant Richard Hall, 34, admitted to 11 counts of felony bribe receiving and misdemeanor official conduct.

Sentencing is scheduled for October 10. They would spend five years on probation. No jail time.

The original rape case was reportedly dropped in February. Prosecutors originally said that Martins and Hall sexually abused and kidnapped the woman in their police van in Coney Island on September 15, 2017. The defense insisted the interaction was consensual, and that Chambers was lying. The woman, identified publicly under the alias Anna Chambers, had this to stay after publication of the Post article.

“Fuck the justice system,” she wrote. “lmfaooo shits a joke.”

In a new press statement, Brooklyn prosecutors say Martins and Hall pulled over an Infinity Couple driven by Chambers, then 18. They let her two male passengers go, but arrested her after she admitted to possessing marijuana and two Klonopin pills, authorities said. The detectives allegedly engaged in sexual acts with her inside the van. They gave back the Klonopin, didn’t report the incident to their supervisor or anyone else, and lacked the authority to let her go or rescind the arrest, authorities said.

“These defendants engaged in a shocking abuse of power which they finally acknowledged,” Brooklyn District Attorney Eric Gonzalez said. “While I would have preferred to see them serve prison time, they are no longer members of our police department and with today’s plea are convicted felons. As a result of this disturbing incident, New York passed a law to prohibit police officers from having sex with people in their custody, closing a loophole that had allowed officers to claim that the sex was consensual. We could not apply the new law retroactively, and serious credibility issues in this case precluded us from proceeding on additional charges, yet we remained committed to holding these defendants accountable.”