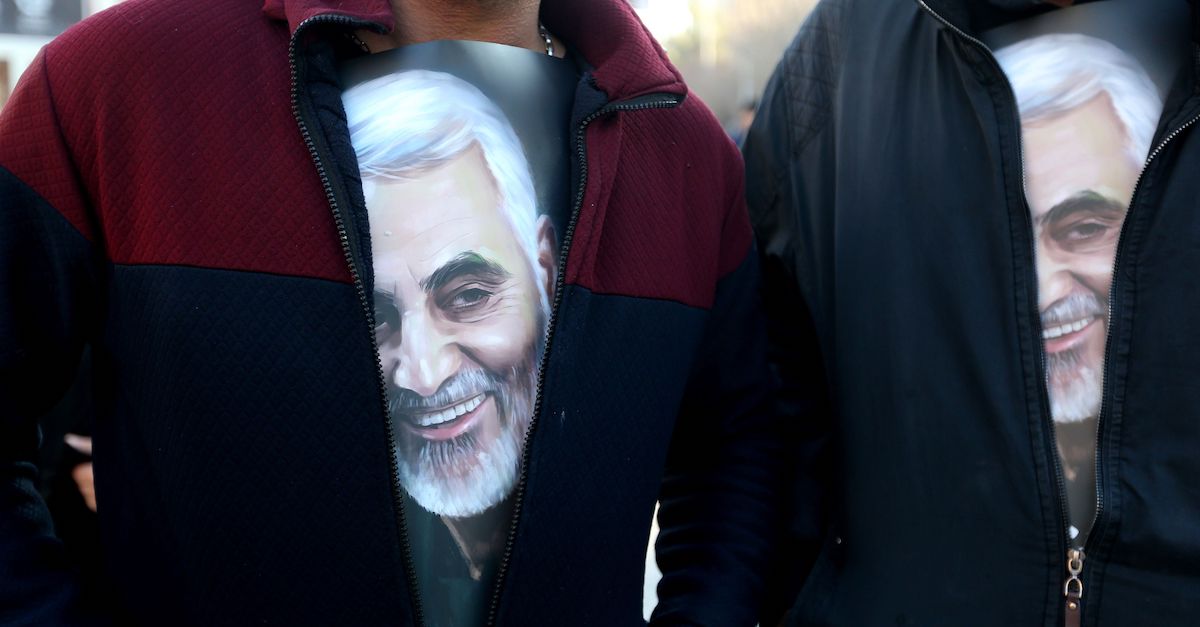 Soleimani, pictured on t-shirts, was killed outside Baghdad airport on January 3 in a drone strike ordered by U.S. President Donald Trump, ratcheting up tensions with arch-enemy Iran which has vowed “severe revenge.”

The U.S. Department of Justice has brought federal charges against two men accused of launching a hacking campaign in retaliation against the U.S. for the Jan. 2020 drone strike in Iraq that killed Iranian general Qasem Soleimani, the head of the Islamic Revolutionary Guard Corps-Quds Force, “a U.S.-designated Foreign Terrorist Organization.”

The U.S. Attorney’s Office for the District of Massachusetts, in a perhaps symbolic move, brought multiple charges against Behzad Mohammadzadeh, 19, and Marwan Abusrour, 25, under the Computer Fraud and Abuse Act.

Mohammadzadeh and Abusrour, who were also identified respectively by their internet personae Mrb3hz4d and Mrwn007, are allegedly the individuals responsible for hacks like this: “Hacked by Mrb3hz4d & Mrwn007, Iranian Hackers […] Down with America. Soleimani was not a person/he was a belief/Beliefs never die.” 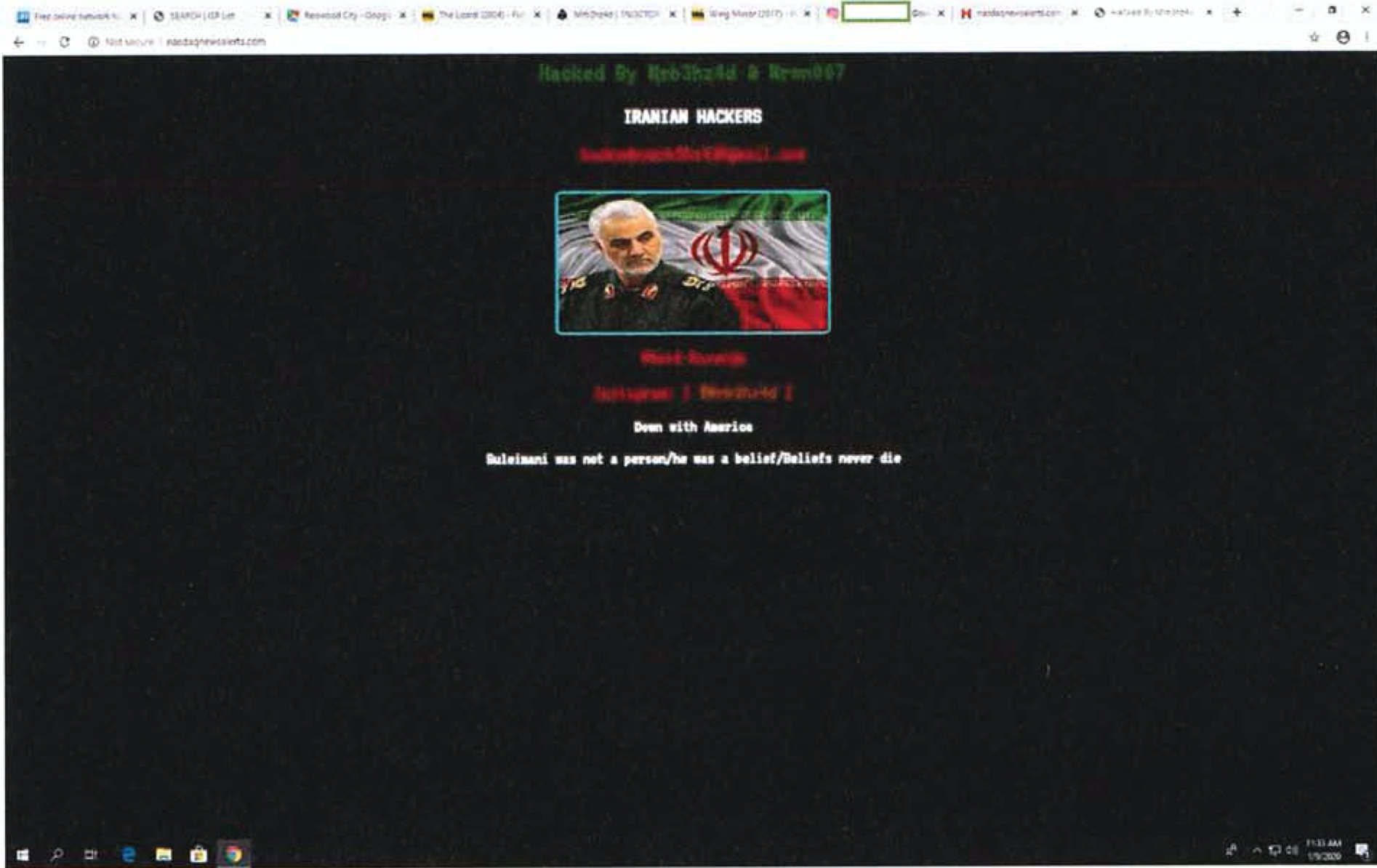 Prosecutors described Mohammadzadeh, pictured below, as an Iranian national. 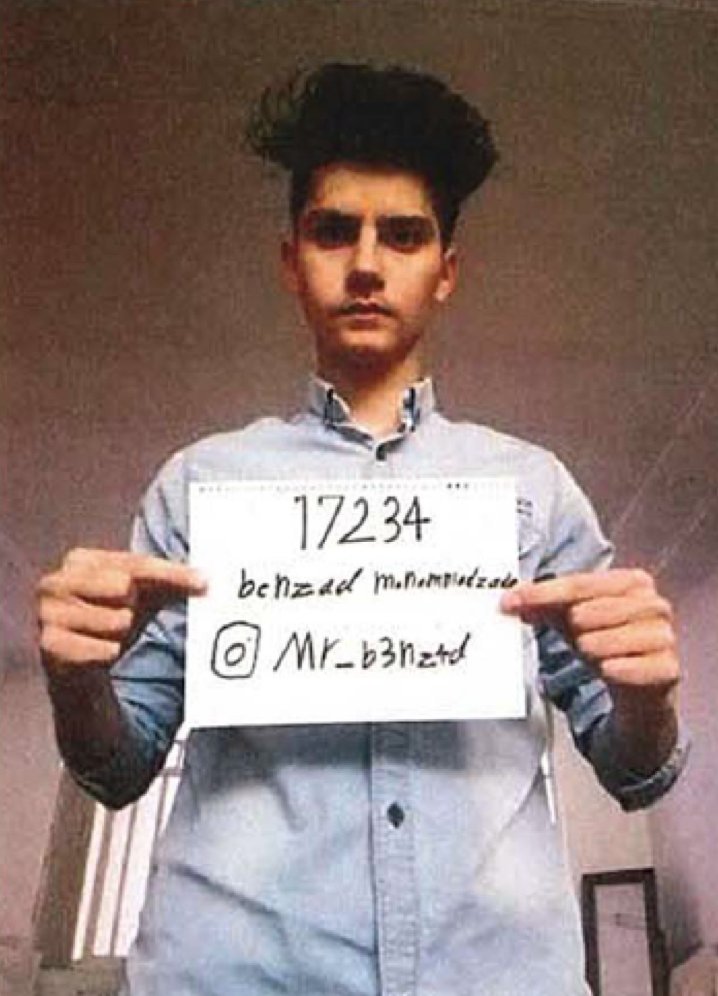 Abusrour is said to be a “stateless national of the Palestinian Authority.” 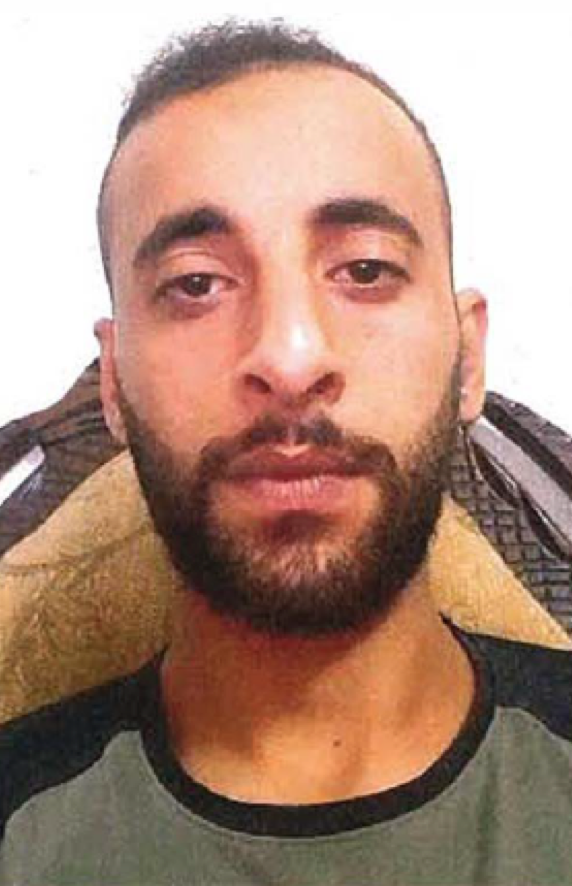 The DOJ summarized the core allegations of the indictment in a press release:

According to the indictment, Mohammadzadeh has publicly claimed to have personally defaced more than 1,100 websites around the world with pro-Iranian and pro-hacker messages, which he began in 2018 and continues through the present day. Abusrour is a self-described spammer (sender of unsolicited emails for profit), carder (illicit trader in stolen credit cards) and black hat hacker (a hacker who violates computer security for personal gain or maliciousness) who has publicly claimed to have defaced at least 337 websites around the world, which he began no later than June 6, 2016, and continued through at least July 2020.

The defendants are charged with intentional damage to a protected computer and conspiracy to commit that offense.

FBI Special Agent in Charge in Boston Joseph R. Bonavolonta called this a “brazen cyber-assault that defaced scores of websites across the country as a way of protesting and retaliating against the United States for killing the leader of a foreign terrorist organization.” Bonavolonta said that if Mohammadzadeh and Abusrour travel outside of Iran or Palestine, they risk arrest.

“The hackers victimized innocent third parties in a campaign to retaliate for the military action that killed Soleimani, a man behind countless acts of terror against Americans and others that the Iranian regime opposed,” Demers said. “Their misguided, illegal actions in support of a rogue, destabilizing regime will come back to haunt them, as they are now fugitives from justice.”