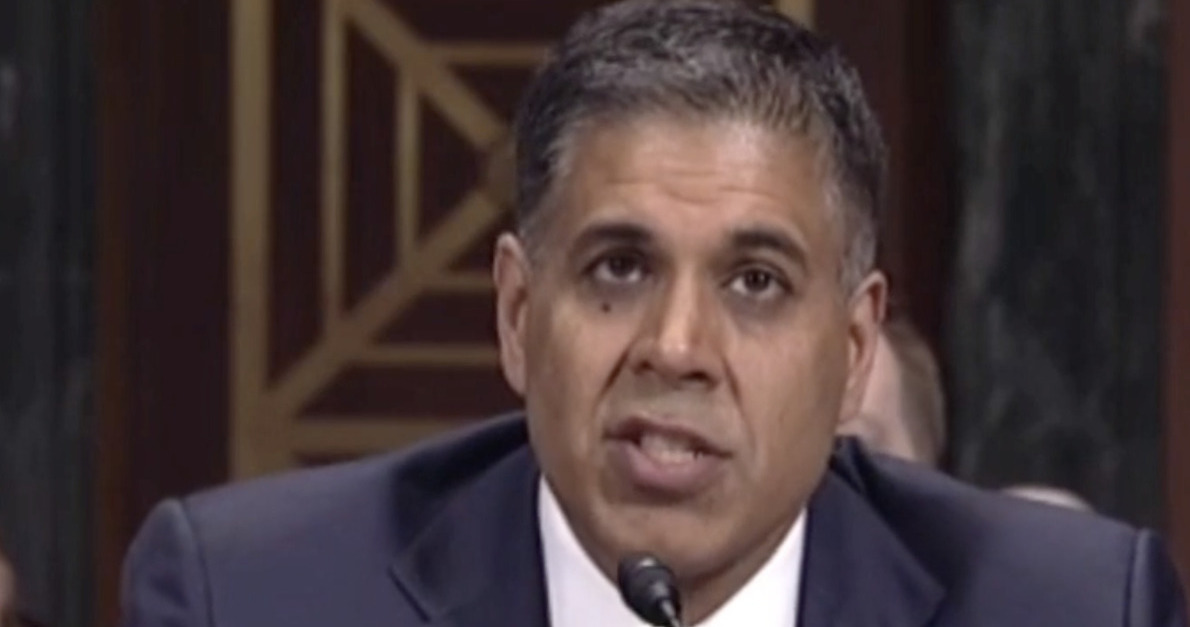 A three-judge panel on the U.S. Court of Appeals for the Sixth Circuit is not standing for a district court judge taking her discretion too far.

Circuit Judges Alice M. Batchelder (a George H.W. Bush appointee), Bernice B. Donald (a Barack Obama appointee), and Amul Thapar (a Donald Trump appointee) handed down a quick, but biting ruling on Monday in the case of Dane Schrank. Schrank confessed and pled guilty to violation of federal child pornography laws. Schrank’s primary crime, as explained by the Sixth Circuit, was that he “visited the dark web and downloaded ‘nearly 1,000 images of babies and toddlers being forcibly, violently, and sadistically penetrated.’”

The sentencing guidelines applicable to the case called for a sentence of 97 to 120 months in prison, but U.S. District Judge Sheryl Halle Lipman, a Barack Obama appointee, opted for a sentence of just 12 months of home confinement. Judge Lipman’s reasoning was that incarceration was not likely to help Schrank (who was already in the process of rehabilitating himself through various therapies and programs), and that he was already sufficiently deterred from committing future offenses.

Prosecutors appealed, arguing that the lenient sentence was “substantively unreasonable,” and they won. The Sixth Circuit agreed that the sentence was too light. Judge Batchelder wrote for the court and explained that Schrank’s behavior was abhorrent enough to warrant a severe sentence:

Schrank did not accidentally stumble onto a few risqué pictures on the internet; Schrank downloaded an anonymizer so that he could go to the ‘dark net’  to  get nearly  1,000  images  of babies  and  toddlers being forcibly, violently, and sadistically penetrated.  This is arguably the worst of child pornography, and even if the district court is correct  that  these facts  do not justify the advisory guideline range  here, neither can the mitigating facts justify the 97-month  (100%)  downward variance.

Judge Batchelder was also clear that, in cases of child pornography, strict sentences do more than just punish the offenders; they also serve to deter others from committing the same offenses:

Moreover, as we have told sentencing courts repeatedly, “general deterrence is crucial in the child pornography context” to protect the public by deterring the  market for such products and activities.

The case was sent back down to Judge Lipman for re-sentencing in accordance with the Court of Appeals’ guidance.

Judge Lipman, though, was not interested in following the appellate court’s directions.

On remand, she began her ruling by saying, “So we are here because the Sixth Circuit told us we had to come back here for Mr. Schrank’s re-sentencing.” The judge next was clear that she did not appreciate the appellate court inserting itself onto trial court turf.

“I’m going to start by saying I disagree with the Sixth Circuit,” she remarked. “I think that this was an opinion that despite the context in which they are supposed to address sentencings that only if they’re substantively unreasonable are they supposed to second-guess a district court judge’s decision on sentencing, I think that they — that’s exactly what they did, is they second-guessed my decision on what the sentence should be based on their own evaluation of the factors.”

Judge Lipman then imposed the same lenient sentence on Schrank. When prosecutors echoed the Sixth Circuit’s argument–that mitigating factors were outweighed by the societal benefit of harsh sentences in child pornography cases—Lipman just wasn’t having it.

The judge continued, “I understand that some argue that has an impact on the rest of the community, and sometimes I agree with that, sometimes I don’t, but at the end of the day, I’m still sentencing Mr. Schrank.”

Lipman ended by saying, “I don’t see any reason to change that original sentence,” noting, “maybe the Sixth Circuit will reverse me again.”

When the government appealed again, that’s exactly what happened. On the second go-round, Circuit Judge Amul Thapar penned the biting four-page decision that read like a blistering reprimand to Judge Lipman for her insolence.

“We have seen this case before,” Judge Thapar began. Not only did “the district judge criticize[] our court for ‘second-guess[ing]’ her sentence,” wrote Thapar, but she also “found time to criticize the ‘sophistication of the judges on the Sixth Circuit when it comes to computers.’” Thapar was referring to Lipman’s ruling that Schrank’s having “downloaded nearly 1,000 images of children being raped” was “much less exaggerated,” than “the Sixth Circuit judges realize.”

Thapar continued to rule that Lipman’s sentence was still substantively unreasonable for the crime at hand.

“Child pornography is an abhorrent offense that scars the children affected forever,” Judge Thapar reasoned. “And it doesn’t take an economist to know that demand drives supply.”

“By repeatedly downloading images of young children being raped, Schrank contributed to their past victimization. And by fueling the demand for child pornography, his conduct likely also contributed to the future harm done to children in the name of profit,” he added. “His ultimate sentence must reflect the severity of his depraved criminal conduct.”

Thapar concluded by acknowledging that while district judges do have “considerable discretion when imposing sentences,” that discretion “is not unfettered.” Calling Judge Lipman’s sentencing an abuse of discretion, Thapar reversed her sentence.  “[O]ur job,” wrote Thapar, “ is to review sentences, not rubber stamp them.”  Schrank’s sentence was vacated and remanded – this time, to a different district court judge.

[screengrab of Thapar via Kentucky.com]