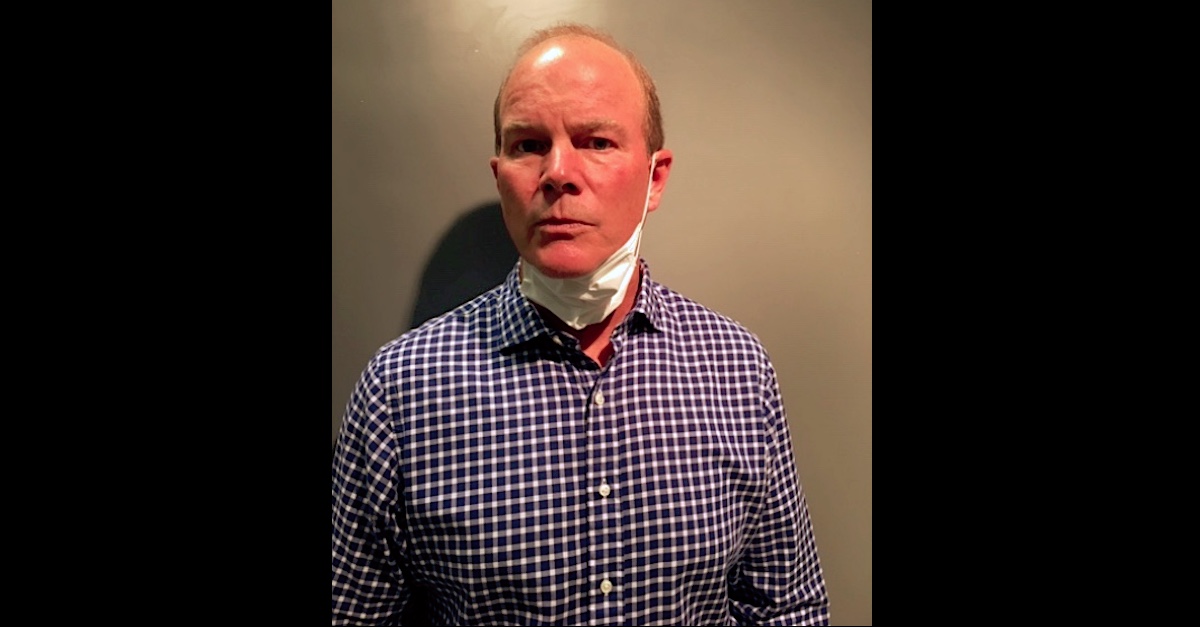 Maryland authorities late Friday arrested a 60-year-old believed to be the man depicted in a widely viewed video which showed a cyclist violently grabbing several teenagers who were putting up fliers protesting police brutality. Anthony Brennan III, of Kensington, Maryland was arrested by the Maryland-National Capital Park Police and charged with three counts of second-degree assault after a 34-second video of the incident went viral and police received hundreds of tips about the alleged assaulter. Brennan was also fired from his job at a California-based branding firm.

According to police, one male and two female young adults were walking on the Capital Crescent Trail near Washington on Monday at approximately 12:45 p.m. when a man believed to be Brennan argued with the teens and “forcibly grabbed the flyers from one of the victims.” The showed the other female intercede by yelling “do not touch her.” The male yelled “leave her alone.” Before leaving the scene with the fliers, the attacker, alleged to be Brennan, grabbed his bicycle and rammed the male, causing him to fall to the ground.

In a statement condemning Brennan’s alleged actions, consulting firm MadeToOrder said the actions by one of its employees was “disturbing, wrongful, and completely unacceptable.”

“We have zero tolerance for this behavior, and we took immediate and decisive action, terminating the employee. This behavior does not, in any way, reflect our company’s commitment to acting with respect and compassion to everyone within our company and those in our communities,” the statement read.

We have zero tolerance for this behavior, and we took immediate and decisive action, terminating the employee. This behavior does not, in any way, reflect our company’s commitment to acting with respect and compassion to everyone within our company and those in our communities.

After surrendering to detectives Friday evening, Brennan released an apology through his attorney.

“I am sick with remorse for the pain and fear I caused the victims on the trail, and online. I am cooperating fully with authorities. I am committed to making amends by addressing, through counseling, the underlying issues that led to my abhorrent behavior,” Brennan said through lawyers Andrew Jezic and David Moyse, as quoted in the New York Times.

“Anthony Brennan recognizes that his outrageous behavior toward the young adult victims on the Crescent Trail was unacceptable and wrong. The outrage felt in our community and across our country is completely justified,” the lawyers added.

Each count of second-degree assault carries a maximum penalty of 10 years.