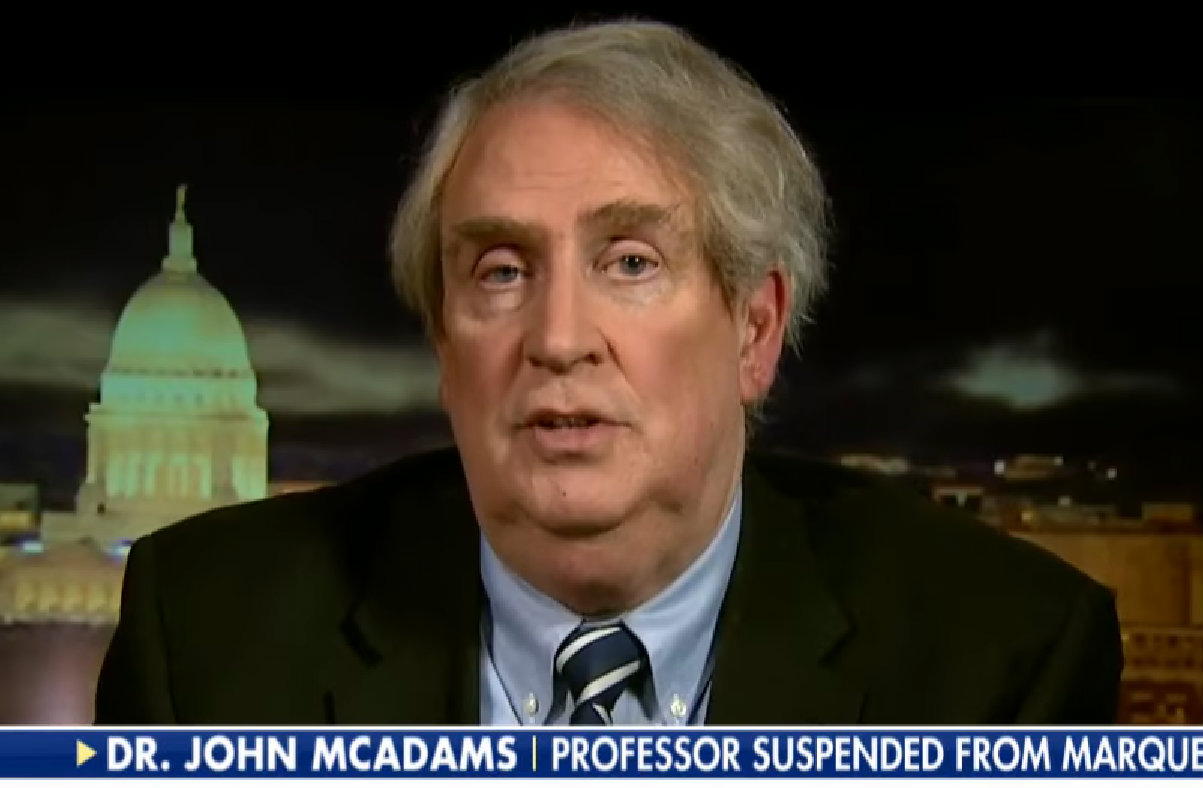 On Friday, the Wisconsin Supreme Court sided with a conservative professor suspended for calling out a liberal instructor in a 2014 blog post. They ruled that Marquette University, a private Catholic institution, must reinstate John McAdams.

“We conclude that Dr. McAdams’ blog post qualifies as an extramural comment protected by the doctrine of academic freedom,” stated the majority opinion by Judge Daniel Kelly. “The post is incapable of clearly demonstrating Dr. McAdams is unfit to serve as a professor because, although the University identified many aspects of the blog post about which it was concerned, it did not identify any particular way in which the blog post violated Dr. McAdams’ responsibilities to the institution’s students. ”

They ruled that the school used a biased system to suspend him, and breached its contract.

This fight stems over a November 9, 2014 blog post by McAdams. He wrote about how a liberal student instructor shut down another student in a debate over same-sex marriage.

“Then things deteriorated further as the student said that it was his right as an American citizen to make arguments against gay marriage,” McAdams wrote. The instructor said that “you don’t have a right in this class to make homophobic comments,” and recommended that the student drop out of the course.

He named the instructor, and linked to her (now defunct) personal website, which included her email address. She ended up getting hate mail, including some threats, said the ruling. As mentioned in the dissent, the instructor began fearing for her personal safety, and her physical and mental health began to deteriorate. A public safety officer was put outside her classes for two weeks. She ended up transferring to another university, and had to repeat three semesters of course work because of this.

Dean Richard Holz suspended McAdams on December 16, 2014. He made clear in a follow-up letter that this was because of the blog post, and said that the school planned on revoking the professor’s tenure and firing him.

The majority found that the university’s decision-making process was compromised. The Faculty Hearing Committee (FHC) convened to look at the case, but one member, before being appointed, expressed her negative opinion of McAdam’s post. Her letter was published in The Marquette Tribune. McAdams asked that she recuse herself because of the appearance of bias, but the FHC rejected his request. In the end, the FHC recommended suspension without pay but with benefits for one to two semesters.

The university president also added an ultimatum: that McAdams write a letter accepting the judgment, promise to adhere to university rules in the future, and issue an apology to the instructor. The professor refused, and soon after filed a breach of contract complaint against the university.

In her dissent, Judge Ann Walsh Bradley argued that the majority botched the academic freedom analysis at play. She also took the FHC’s report at face value, and pointed out that it determined that McAdams “on at least three occasions used the prospect of a mention on his blog as a threat.”

It indicates that McAdams threatened a Marquette student, the vice president for student affairs, a university provost, and a Dean that he would “raise hell” on his blog if they acted in a manner inconsistent with McAdams’ wishes. McAdams pointedly told a Dean to “be careful” because “you don’t want to be on my blog.” Why would McAdams make such threats if he did not know what would happen to those whose names were published?

Facts omitted from the majority opinion indicate that the professor actively instigated the blowback against the instructor by promoting his blog post to media outlets, stated the dissent.

The majority didn’t see it that way. The case is remanded to a lower court, which will determine damages, including back pay.