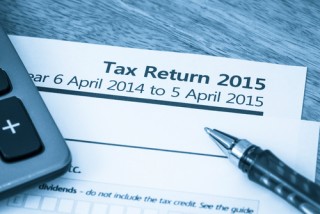 Various Tea Party groups have been suing the IRS for unfair treatment in the application process for tax-exempt status. The case, United States of America v. NorCal Tea Party Patriots, et al, went before the Sixth Circuit Court of Appeals, who ruled against the government on Tuesday.

The court’s decision raked the IRS over the coals for their actions, as well as the Department of Justice for how they’ve represented the IRS. The decision opened with a lengthy description of the actions the IRS took in targeting certain organizations seeking tax exemptions as non-profit organizations. Here are some highlights:

1. The IRS picked out groups by using politically-related search terms

They used search terms to identify applications from groups with the phrase “Tea Party” in their name. They later looked for other words, as well as policy positions such as “government spending,” or criticism on “how the country is being run.” The organizations that popped up from these searches were placed on a “Be On the Lookout” or BOLO list.

2. A special team handled the groups, making them jump through hoops, sometimes for years.

“The BOLO list was sent to a specific team, and then the organizations on the list had to deal with significant delays and requests for unnecessary information,” according Inspector General’s report that court quoted. That report said that the IRS’s goal for processing applications for tax-exempt status in 2012 was 121 days, compared to the average time for applications from the BOLO list that year, which was 574 days.

3. The IRS asked for a ridiculous amount of information, and threatened to cancel their applications if they didn’t respond quickly

The additional information that the BOLO list groups had to provide included donor lists, issues that were important to the groups as well as their positions on them, and whether any of the officers or directors had ever or will ever run for office, as well as their political affiliations. In the application of NorCal Tea Party Patriots, one of affected groups, they provided the information, and the 18 months later received a five-page request for even more information, including copies of newsletters and emails that they sent to members or the public, with a notice that if they didn’t comply with the request, their case would be closed.

As for the IRS’s response to the Inspector General’s initial report? They acknowledged that “mistakes were made” but said “centralization was warranted” for quality and consistency. Whatever that means.

When the groups sued, they requested a list of the IRS employees who worked on the BOLO list, and the IRS refused. The appeals court mocked them for claiming that it would be too much of burden to collect that information, given what they asked the organizations to go through.

But the Court of Appeals didn’t stop there. After making clear what their decision is, they capped it off by scolding the DOJ for dragging their feet in the case. “The lawyers in the Department of Justice have a long and storied tradition of defending the nation’s interests and enforcing its laws—all of them, not just selective ones—in a manner worthy of the Department’s name. The conduct of the IRS’s attorneys in the district court falls outside that tradition.” Burn.