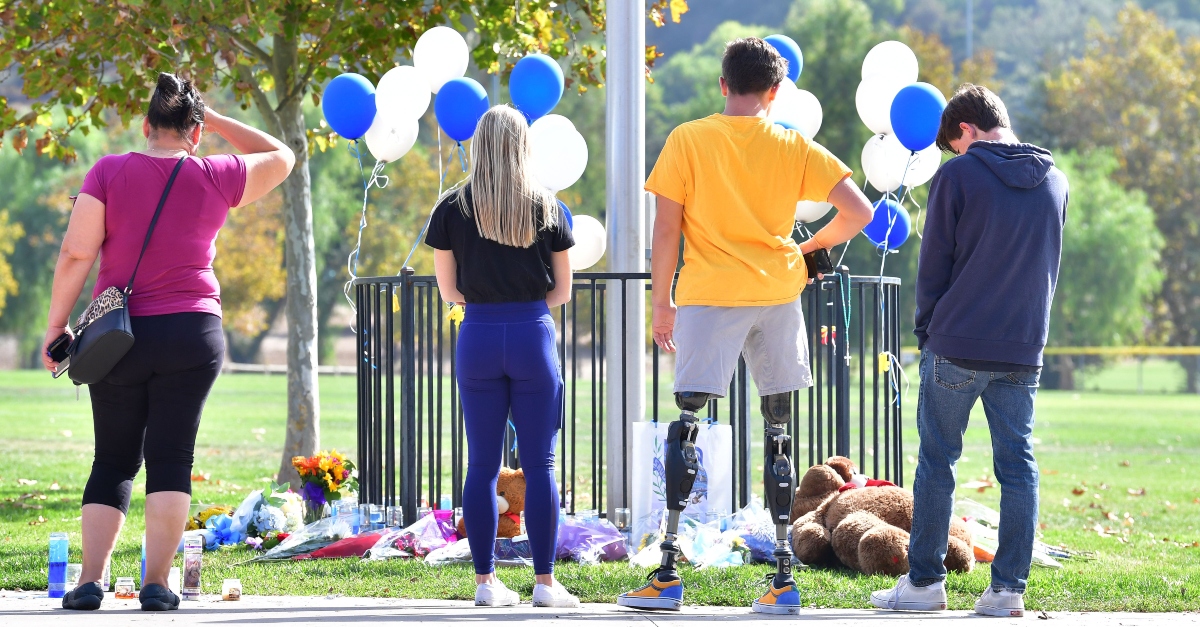 Gracie Anne Muehlberger, 15, has been identified as one of the students who died in a school shooting Thursday in Santa Clarita, California. The Los Angeles County coroner’s office named her on Friday, according to KTLA.

The father of one of the girls released a photo of her recovering in the hospital.

SANTA CLARITA SHOOTING: So fantastic to see this smiling face! Addison’s dad is sharing this photo — his daughter, shot yesterday at Saugus High School, should be released in the next day or two, according to trauma surgeons. ❤️🙏🏻 #abc7eyewitness pic.twitter.com/vf68lGs5o9

Law enforcement sources identified the suspect on background, according to CNN.

The gunman’s parents took a dispute to court in 2016 over who should have custody of the teen. At that time, deputies detained the teen’s father on an involuntary hold. As a result, he became a prohibited purchaser and deputies seized guns from the home. https://t.co/jgps2a5JGJ

Choir teacher Katie Holt described her vantage point of the shooting, and said she helped one of the teen girls who was shot.

She said she applied the kit to the girl’s shoulder and asked a “really brave freshman” named Tyler to apply pressure, so she could then work on the side wound. The teacher said that she learned from the girl’s friends and family that she would be okay.

The motive behind the shooting remains under unclear. The suspect allegedly shot himself, and is in serious condition.