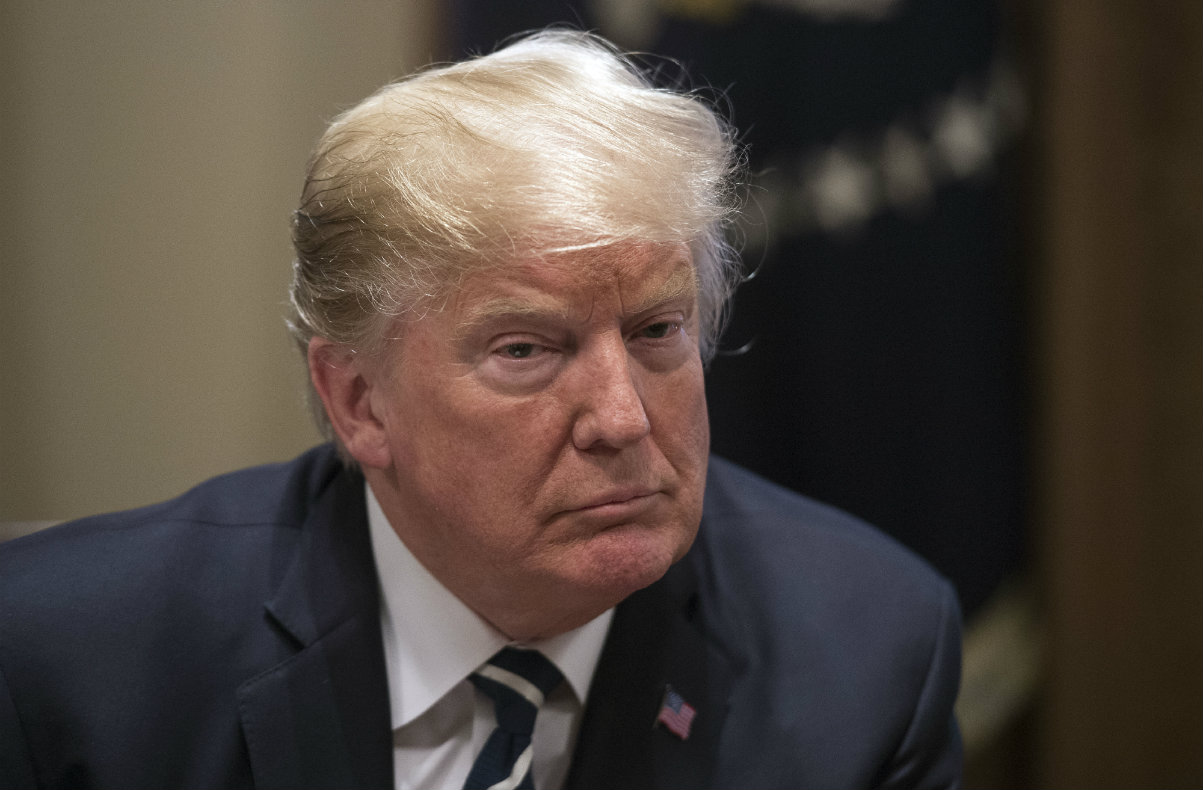 Former Trump lawyer Michael Cohen reportedly claims that President Donald Trump knew ahead of time about Donald Trump Jr.‘s infamous June 2016 meeting with a Russian lawyer who promised dirt on Democratic candidate Hillary Clinton. This comes from sources with knowledge of the allegation, according to a CNN article published Thursday night.

Trump and his allies said he didn’t know about the meeting until New York Times reporters asked him about it in July 2017. According to sources, Cohen couldn’t corroborate his allegation with anything like audio, but he is willing make the claim. He said (reportedly) that he was there with several other people when Trump Jr. told then-candidate Trump about the Russians’ offer, and Trump Sr. approved of the meeting.

The president, his son, and allies continue to deny wrongdoing.

“Donald Trump Jr. has been professional and responsible throughout the Mueller and Congressional investigations,” Trump Jr.’s attorney Alan Futerfas told CNN. “We are very confident of the accuracy and reliability of the information that has been provided by Mr. Trump, Jr., and on his behalf.”

The Times first broke news about the meeting in July 2017. After giving ever-shifting explanations, Trump Jr. eventually admitted that he talked to the Russian lawyer Natalia Veselnitskaya after a go-between promised dirt on Clinton, but he insisted the meeting came to nothing. This happened amid alleged hacking of the Democratic National Committee, Democratic Congressional campaign Committee, and Clinton campaigns by Russian intelligence operatives.

Special counsel Robert Mueller is investigating Moscow interference in the 2016 election, and any links between the Trump campaign and the Kremlin.

Update – August 24, 1:52 p.m. EST: Cohen lawyer Lanny Davis told The New York Post in an August 23 report that he made a mistake by confirming the details of the CNN report.

The Post had reached out to him the time of the original report, and he said anonymously that it was true. Now he said that he wasn’t able to confirm it.

“I regret that I wasn’t clear enough to The Post,” he said. “I should have been more clear. I could not independently confirm the information in the CNN story. I’m sorry that I left that impression. I wasn’t at the meeting. The only person who could confirm that information is my client.”