Shelley Ross Accuses Chris Cuomo of Sexually Harassing Her in 2005

Chris Cuomo’s Former Boss at ABC News Accuses Him of Sexually Harassing Her in 2005. She Saw His Apology as an Attempt to ‘Evade’ Legal Accountability. 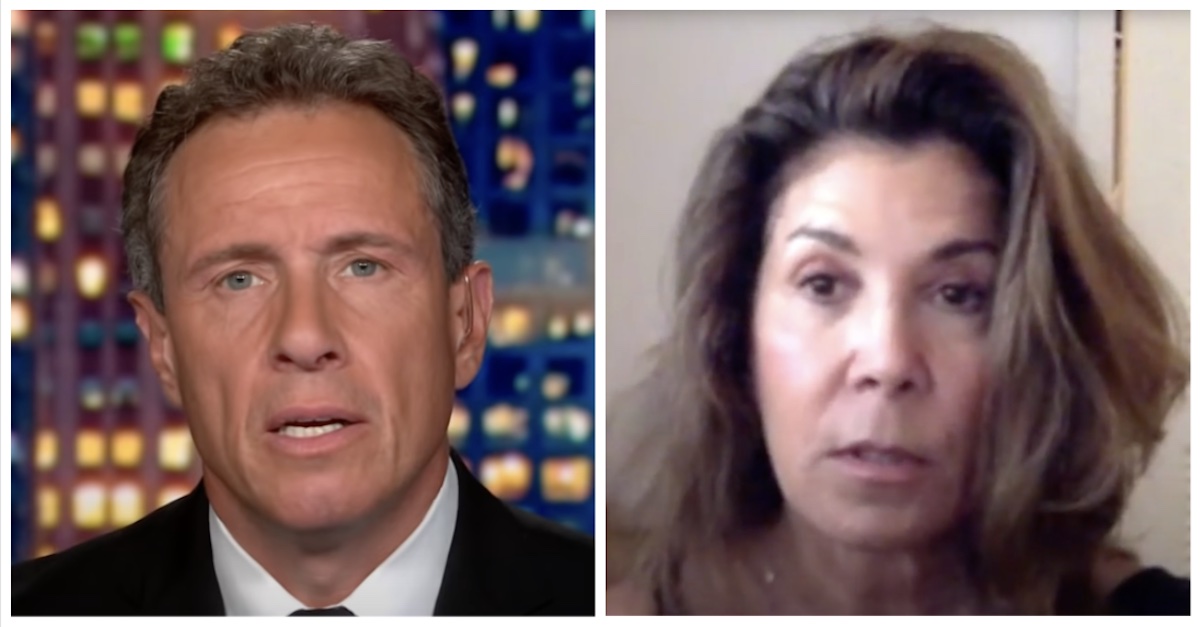 Chris Cuomo allegedly sexually harassed a woman in 2005 who used to be his boss at ABC News, then apologized to her in an email where he “kind of” compared his own actions to the groping allegations that led to charges against actor Christian Slater. Journalist and former executive producer at ABC and CBS Shelley Ross put the sexual harassment allegations against the CNN anchor on record in Friday’s New York Times, including a screenshot of an email that she said Cuomo sent her more than decade and a half ago to “provide himself with legal and moral coverage to evade accountability.”

“’Now that I think of it … I am ashamed,’ read the subject line of a 2005 email Mr. Cuomo wrote me, one hour after he sexually harassed me at a going-away party for an ABC colleague,” Ross wrote. “At the time, I was the executive producer of an ABC entertainment special, but I was Mr. Cuomo’s executive producer at “Primetime Live” just before that. I was at the party with my husband, who sat behind me on an ottoman sipping his Diet Coke as I spoke with work friends. When Mr. Cuomo entered the Upper West Side bar, he walked toward me and greeted me with a strong bear hug while lowering one hand to firmly grab and squeeze the cheek of my buttock.”

Ross said that was not all that was said and done:

“I can do this now that you’re no longer my boss,” he said to me with a kind of cocky arrogance. “No you can’t,” I said, pushing him off me at the chest while stepping back, revealing my husband, who had seen the entire episode at close range. We quickly left.

…christian slater got arrested for a (kind of) similar act (though borne of an alleged negative intent, unlike my own)… and as a husband I can empathize with not liking to see my wife patted as such…

so pass along my apology to your very good and noble husband…and i apologize to you as well, for even putting you in such a position…

next time, i will remember the lesson, no matter how happy i am to see you…

If Cuomo, an attorney, was indeed attempting to give himself legal cover, “kind of” comparing his actions to those that led to charges against Slater wasn’t particularly cagey. Even so, the statute of limitations on any potential offense stemming from the above-described incident appears to have long ago expired. New York recently expanded the time period during which sexual harassment claims could be filed with the State Division of Human Rights; the time limit is now three years (it used to be one year). And the statute of limitations on assault is one year for a civil suit and between two and five years for a criminal prosecution (depending on what happened). 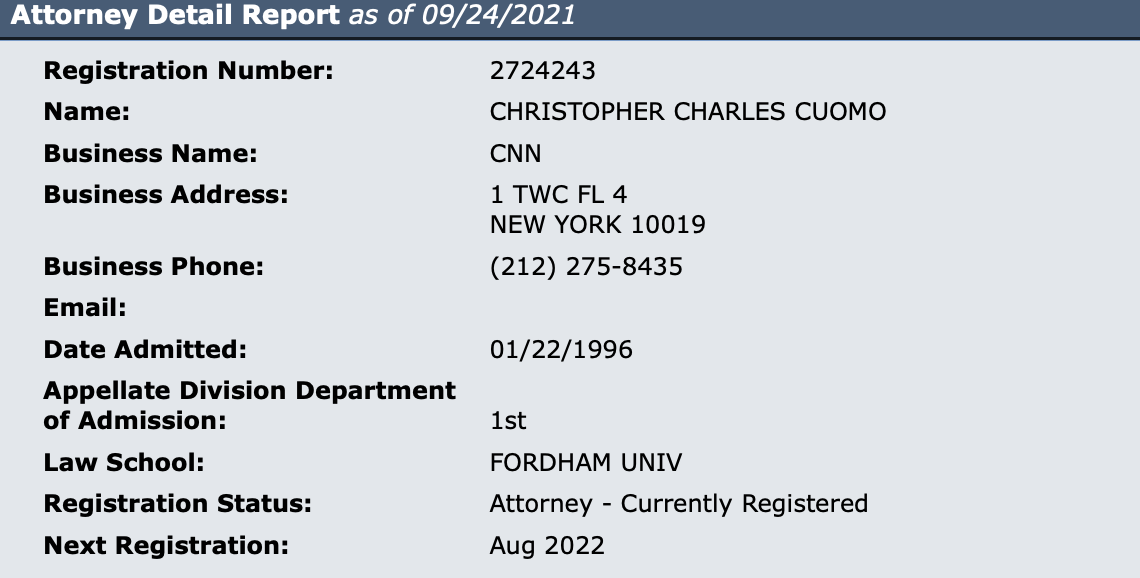 A CNN story published on May 31, 2005, just one day before the Cuomo incident, said that an intoxicated Slater had groped a woman.

“Basically he grabbed a woman’s behind on the street,” NYPD Sgt. Mary Doherty was quoted at the time. In September 2005, the charges against Slater were dropped.

Ross wrote that she has watched closely as Chris Cuomo advised his brother Andrew Cuomo, the former Democratic governor of New York who resigned in disgrace after an independent investigation found he sexually harassed multiple women in violation of state and federal law.

I have no grudge against Mr. Cuomo; I’m not looking for him to lose his job. Rather, this is an opportunity for him and his employer to show what accountability can look like in the #MeToo era. Accountability has been the cornerstone of the #MeToo movement, leading to tangible results and even justice, consequences for harassers and the possibility of real change. Accountability has been clear in the wake of the New York State attorney general’s investigation into Governor Cuomo, which not only outlined instances of sexual harassment and mistreatment of at least 11 women by him but also identified an inner circle of advisers who helped guide him through this political and legal crisis. I call them the enablers. The official report documented the inner workings of these people, including Mr. Cuomo, and laid out their strategies and tactics to protect the governor.

Mr. Cuomo’s name shows up in an email thread with other advisers the weekend Governor Cuomo’s second accuser, Charlotte Bennett, came forward. The attorney general’s report says that he was part of “ongoing and regular discussions about how to respond to the allegations publicly” and that he appeared to counsel the governor “to express contrition.” The Washington Post also reported that Mr. Cuomo urged his brother to take a defiant position early in the scandal and not resign. We all know that Mr. Cuomo was being consulted by his brother; what has never come to light, and what Mr. Cuomo has not been held to account for, is the full scope of the advice he gave his brother and whether his advice and his role in helping shape the defense of a sitting governor (one who was being investigated by Mr. Cuomo’s own network) were in keeping with CNN’s standards and values. (In May, Mr. Cuomo apologized for taking part in strategy calls with the governor and his staff, calling it “a mistake.” CNN called those conversations “inappropriate.”)

But Ross described her motivation in coming forward as a matter of journalistic and professional accountability, not a personal grudge against Chris Cuomo or a desire to see him fired.

“I’m not asking for Mr. Cuomo to become the next casualty in this continuing terrible story. I hope he stays at CNN forever if he chooses. I would, however, like to see him journalistically repent: agree on air to study the impact of sexism, harassment and gender bias in the workplace, including his own, and then report on it,” she wrote. “He could host a series of live town hall meetings, with documentary footage, produced by women with expert consultants. Call it ‘The Continuing Education of Chris Cuomo’ and make this a watershed moment instead of another stain on the career of one more powerful male news anchor.”

The Times article included the following statement from Cuomo, which said that Ross “acknowledged” the alleged sexual harassment “interaction” was “not sexual in nature”:

As Shelley acknowledges, our interaction was not sexual in nature. It happened 16 years ago in a public setting when she was a top executive at ABC. I apologized to her then, and I meant it.

Law&Crime reached out to CNN for comment. CNN pointed us to Cuomo’s statement.