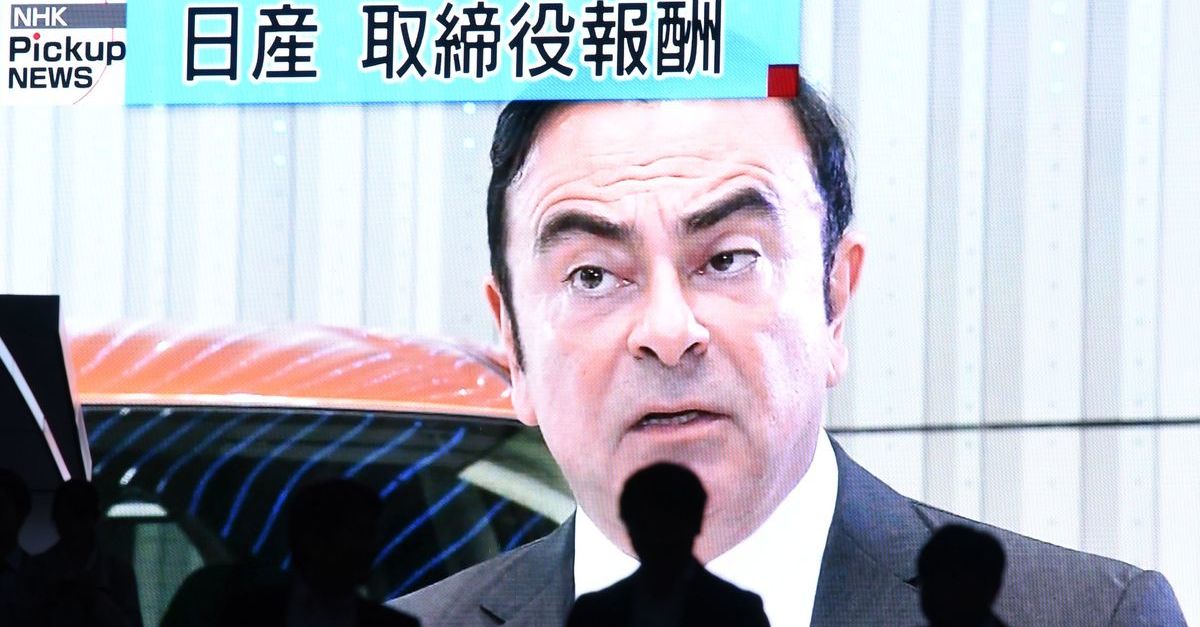 In a wild turn of events, former Nissan boss Carlos Ghosn is on the run and his American attorneys are so far keeping quiet about the case.

On October 23, the New York-based international law firm of Paul, Weiss, Rifkind, Wharton & Garrison detailed their representation of the former automobile executive who spearheaded operations for several different manufacturers before he was arrested and charged with various financial crimes in Japan in late 2018 and early 2019.

“Carlos Ghosn’s defense counsel for the first time publicly unveiled in submissions filed in Court multiple acts of illegal prosecutorial misconduct that fundamentally call into question the integrity and viability of the prosecutors’ case,” a press release outlining Ghosn’s defense reads. “Submitted in advance of a pretrial conference held today before the Court, Mr. Ghosn’s counsel contends that the prosecutors’ illegal acts warrant dismissal of all charges against him. The court filings also preview, again for the first time, facts that contradict the allegations of the prosecutors’ claims that he violated the Financial Instruments Exchange Law and the Companies Act.”

That press release loudly protested Ghosn’s innocence and weaved a web of conspiracy against their one-day fugitive client:

As described in Mr. Ghosn’s counsel’s court filings, the prosecution against him resulted from unlawful collusion between the prosecutors, government officials at [Japan’s Ministry of Economy, Trade, and Industry], and executives at Nissan, who formed a secret task force to drum up allegations of wrongdoing by Mr. Ghosn as a pretext to remove him as head of the Alliance. Their goal: to oust Mr. Ghosn in order to prevent him from further integrating Nissan and Renault, which threatened the autonomy of one of Japan’s industry flagships. To execute this scheme, the prosecutors illegally ceded their investigative powers to certain Nissan employees and consultants, and together with Nissan, unlawfully trampled Mr. Ghosn’s legal rights in Japan and around the world.

“The court filings demonstrate that the prosecutors’ case, which was politically motivated and poisoned from the start, is fundamentally flawed and contradicted by the evidentiary record,” the press release concludes. “This case should never have been brought. If the charges are not dismissed, Mr. Ghosn is prepared to fight them vigorously. Mr. Ghosn is innocent of the charges.”

But, according to The American Lawyer, the law firm is a bit quieter these days:

The New York firm’s lawyers, including Paul Weiss chairman Brad Karp and litigation department co-chair Michael Gertzman, were prominently described as part of his “global defense team,” made up of at least seven law firms and solo practitioners, according to [the] Oct. 23 press release.

Messages for Karp weren’t returned Dec. 30 and Jan. 2, and media representatives for Paul Weiss directed questions to a spokeswoman for Ghosn. The spokeswoman said she had nothing to add to his initial statement announcing his escape.

Ghosn’s Japanese attorney, Junichiro Hironaka, is one of the few people close to the situation who has spoken with the press.

“It was an unexpected surprise,” Hironaka said on New Year’s Eve in a video translated by Reuters. “I’m shocked and confused. I’d like to say that’s the situation I am in now. I will let the court know we are baffled regarding this situation. I will provide the court with any information we receive. I personally don’t have any clue how to contact Carlos Ghosn.”

The one-time executive of five separate automobile and tire companies–including Mitsubishi, Michelin and Renault–personally announced his arrival in Lebanon the day before–striking a similarly strident tone and touching upon essentially the same themes as the aforementioned Paul Weiss press release.

“I will no longer be held hostage by a rigged Japanese justice system where guilt is presumed, discrimination is rampant, and basic human rights are denied,” Ghosn said in a statement. “I have not fled justice—I have escaped injustice and political persecution.”

After Ghosn was arrested in Nov. 2018, he was in custody of Japanese authorities for 108 days. He was released in March 2019 after posting $9 million bail, then was re-arrested in April on new charges. He posted $4.5 million bail and was restricted from communicating with his wife, Carole.

How the powerful multinational millionaire was able to evade his around-the-clock surveillance team and then flee the country without any of his three passports–Hironaka confirmed that he is still in possession of his client’s travel documents–is still something of a mystery. One theory circulated that he was spirited away in a musical instrument case after a performance by a group of musicians at his continuously-closed-circuit-monitored Tokyo apartment.

Per the terms of this “Hollywood movie-style escape” Ghosn’s proactive distrust of the Japanese justice system was availed by his small stature–he’s about 5’5″–and an elite cadre of former special forces officers acting under the direction of his wife.

The former auto-executive and recently-christened outlaw quickly moved to dispel the notion that his wife had anything to do with his escape.

“I alone organized my departure,” Ghosn said in a terse statement issued via New York City publicists on Thursday. “My family played no role.”

Events in the international drama have since unfolded with speed.

Ghosn was recently seen in a buoyant mood with his wife on the streets of Beirut–flagrantly celebrating his evasion of Nippon justice in typically ritzy fashion.

After that, the International Criminal Police Organization (INTERPOL) announced that a “Red Notice” had been issued for the fugitive ex-CEO. Such notices, essentially a high-profile and international wanted poster, are typically posted on the organization’s website, but as of this writing, INTERPOL had yet to release such details on Ghosn.

“A Red Notice is not an international arrest warrant,” INTERPOL notes–clarifying that the items lack any real enforcement mechanism and are essentially a heads-up to law enforcement.

The company, which is not yet being named, landed in Lebanon legally but apparently made a stopover in Turkey before Ghosn made it back to his adoptive home country. According to Lebanese officials–and despite Hironaka’s best efforts–Ghosn arrived with his Lebanese ID and a French passport.

The Levantine country, whose capital was formerly known as the Paris of the Middle East, does not have an extradition treaty with Japan.