Associated Press Getting Confronted for ‘Victim-Blaming BS’ About Synagogue Shooting 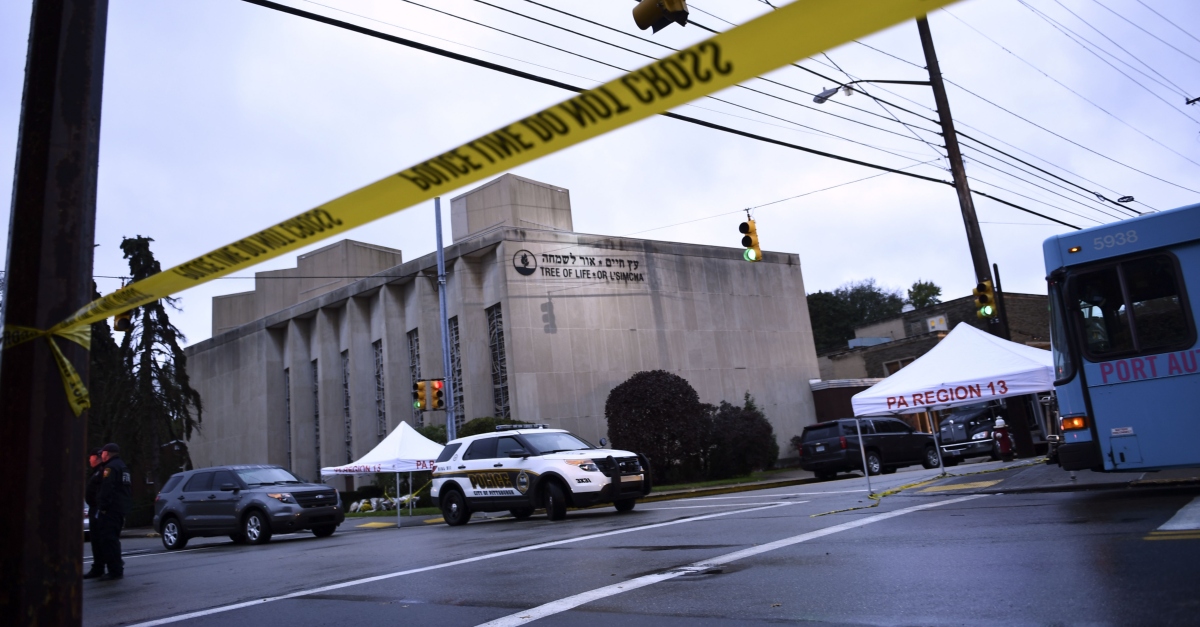 A tweet by the Associated Press was ratioed Sunday because it emphasized that the alleged Pittsburgh shooter entered the Tree of Life Synagogue through unlocked doors.

A gunman who expressed hatred of Jews exploited doors that were unlocked for worship to target a Pittsburgh synagogue, killing 11 people and wounding six.https://t.co/H93nvzjnx5

So we’re all supposed to lock ourselves inside while we’re at our houses of worship?
What’s this victim-blaming BS? https://t.co/B9UpvAlZlV

“Maybe don’t let Nazis (or anyone) have access to high-capacity killing machines,” he wrote.

“‘Exploited’ is a fucked up word to use for an unlocked door,” she wrote. “It suggests an error to be taken advantage of. Does AP believe houses of worship should routinely be locked?”

She later added, “I’m not religious, but this strikes me as a perversion of what a house of worship should be: a haven, not a fortress.”

Law&Crime got in touch with an Associated Press spokesperson Sunday morning, and we were told that our request for comment would be forwarded.

It’s not a good day to be their social media person. The tweet in question has about 1.4K responses as of Sunday morning. Compare that to 432 retweets and 690 likes.

“Fire whomever wrote this garbage,” wrote user @Eviljohna. This has 1.2K likes, 31 retweets and two replies.