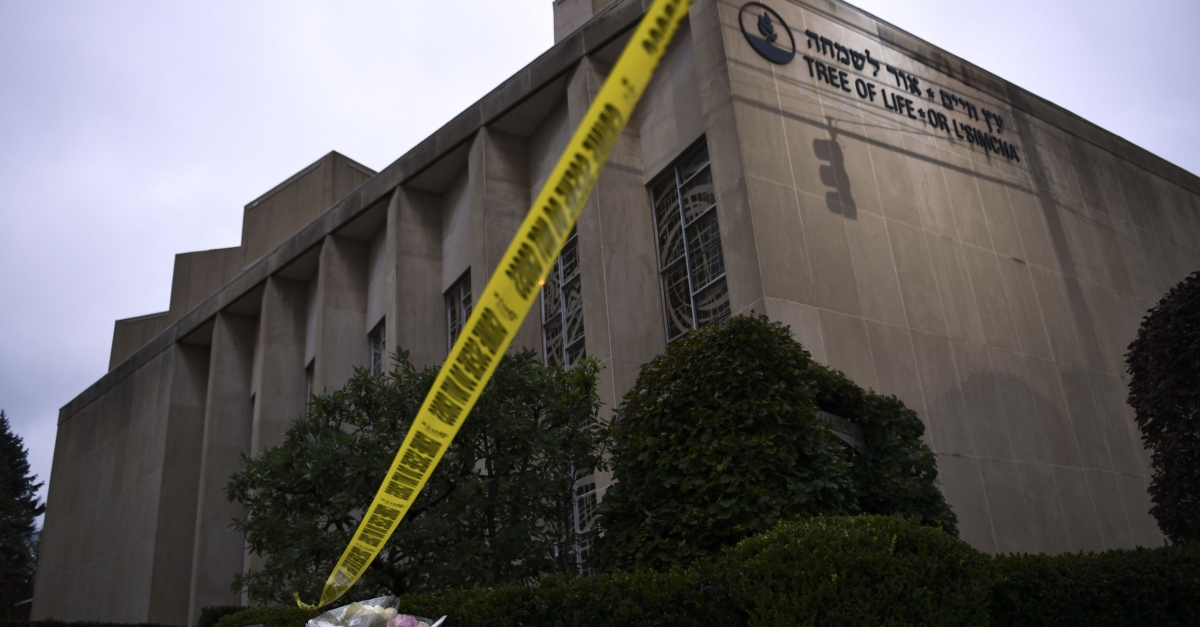 Synagogue shooting suspect Robert Bowers allegedly made a bizarre claim after murdering 11 congregants and injuring two others and four cops on Saturday. According to police, Bowers claimed that Jewish people “were committing genocide to his people.”

Here’s how the affidavit phrased it:

During the exchange of gunfire Bowers was wounded. While in custody and receiving medical treatment BOWERS made statements to SWAT Operator David Blahut that he wanted all Jews to die and also that they (Jews) were committing genocide to his people.

Social media activity linked to Bowers indicated is that he is a virulent anti-Semite, who shared posts complaining about Honduran and El Salvadoran immigrants migrating to the United States. He was a user on Gab, a “free speech social media platform” that has become known as an alternative to Twitter for far-right users. In the final post attributed to him, the alleged shooter voiced the belief, that HIAS, a pro-refugee group founded as the Hebrew Immigrant Aid Society, “likes to bring invaders in that kill our people. I can’t sit by and watch my people get slaughtered. Screw your optics, I’m going in.”

The genocide claim is, on its face, is absurd, but echoes the “white genocide” talking point among white nationalists. The notion is that white people are psychically and culturally being displaced by people of color. Proponents discuss this in nigh-apocalyptic terms. Bowers’ alleged statements at the scene, and his final post echo that sentiment.