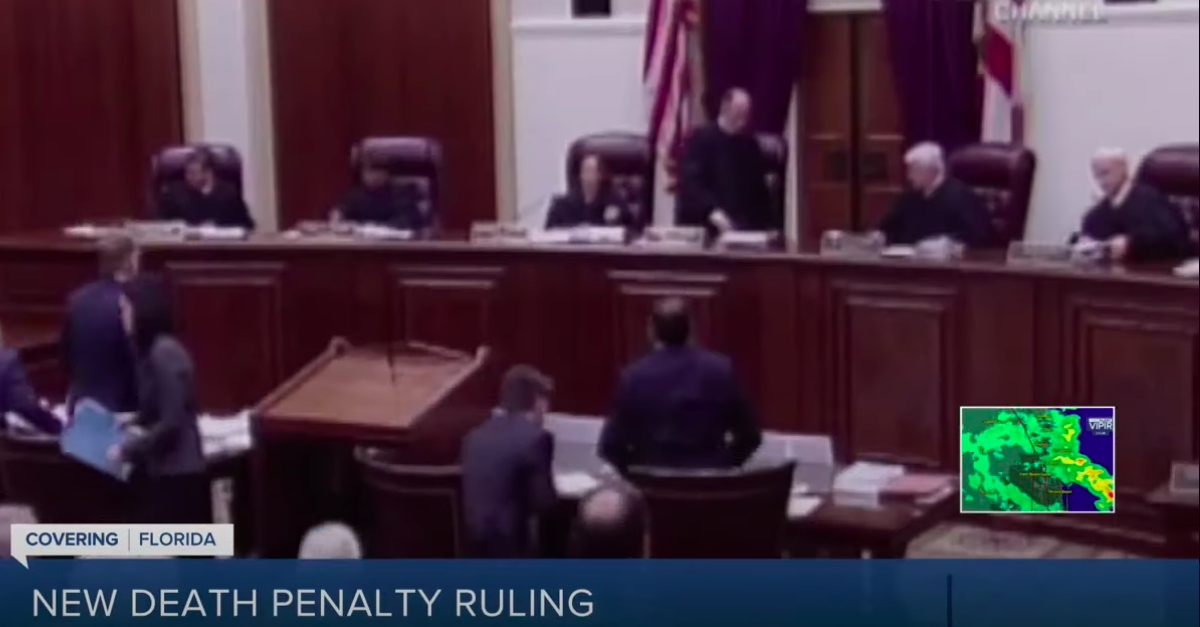 The Republican-appointed justices on Florida’s Supreme Court overturned a nearly 50-year-old precedent on Thursday that required the court to ensure the proportionality of the death sentence when compared with other cases.

In a 5-1 vote, the court reasoned that the 2002 addition of the Conformity Clause to the state’s constitution rendered the court’s mandatory proportionality review precedent “erroneous,” saying it “must yield to our constitution.” The clause provided that the prohibition against cruel and unusual punishment “shall be construed in conformity with decisions of the United States Supreme Court which interpret the prohibition against cruel and unusual punishment provided in the Eighth Amendment to the United States Constitution.”

According to the ruling, because the U.S. Supreme Court has held that comparative proportionality review of death sentences is not required by the Eighth Amendment, it cannot be required under Florida’s constitution.

“The only legitimate state-law source for comparative proportionality review was the prohibition against cruel and unusual punishment found in article I, section 17 of the Florida Constitution—before the conformity clause was added to that provision in 2002,” the order stated. “Post-conformity clause, we have wrongly continued to enforce a state-law requirement for comparative proportionality review and have wrongly written this requirement into our procedural rules governing the scope of our appellate review.”

The order also derided the Court’s past decisions which upheld the mandatory review based on precedent following the addition of the Conformity Clause, saying the justices never should allowed the practice to continue.

“We cannot judicially rewrite our state statutes or constitution to require a comparative proportionality review that their text does not,” the order stated. “Nor can we ignore our constitutional obligation to conform our precedent respecting the Florida Constitution’s prohibition against cruel and unusual punishment to the Supreme Court’s Eighth Amendment precedent by requiring a comparative proportionality review that the Supreme Court has held the Eighth Amendment does not.”

“Now today, the majority jettisons a nearly fifty-year-old pillar of our mandatory review in direct appeal cases. As a result, no longer is this Court required to review death sentences for proportionality,” Labarga wrote. “I could not dissent more strongly to this decision, one that severely undermines the reliability of this Court’s decisions on direct appeal, and more broadly, Florida’s death penalty jurisprudence.”

Earlier this year, the Florida Supreme Court also reversed a 2016 ruling to allow juries to impose the death penalty without unanimous consent. The decision made Florida only the second state to allow non-unanimous death sentence verdicts, along with Alabama.

This decision is a HUGE deal. The Florida Supreme Court has long reviewed death sentences for proportionality. But five conservative justices just decided they didn't like that rule, so they tossed it out the window. An earthquake in Florida's criminal justice system.