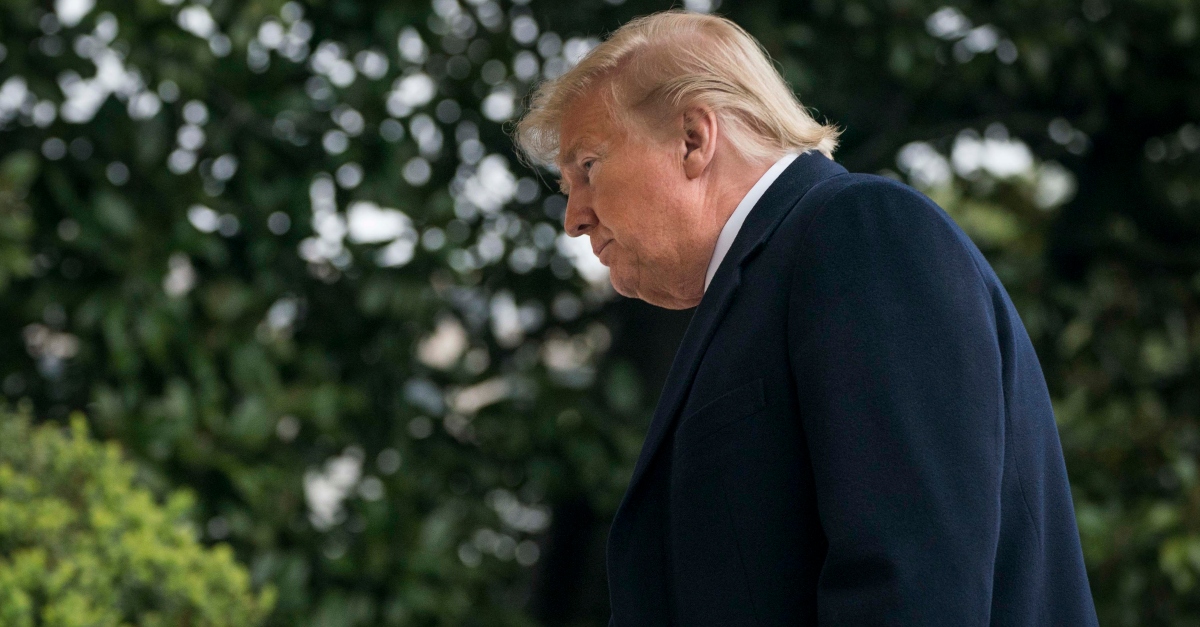 A group of self-avowed hackers have targeted President Donald Trump with a $42 million ransom demand.

“The next person we’ll be publishing is Donald Trump. There’s an election race going on, and we found a ton of dirty laundry on time,” the information scofflaws known as REvil wrote on their blog earlier this week. “And to you voters, we can let you know that after such a publication, you certainly don’t want to see him as president.”

“Mr. Trump, if you want to stay president, poke a sharp stick at the guys, otherwise you may forget this ambition forever,” the cyber criminals added in a direct plea to the 45th president.

The New York City-based law firm Grubman Shire Meiselas & Sacks was the group’s source for the documents. The hackers at first targeted celebrity clients of the firm such as Lady Gaga.

President Trump, however, is not a client of the firm. But, according to NBC News, a review of non-Trump-related documents suggests “they appear legitimate.” Still, the group has so far provided no evidence that they actually have such compromising information.

The law firm maintains that they have never had any business dealings with Trump himself but have also noted that they are not sure which of their clients was impacted by the breach and theft.

Originally reported by gossip tabloid Page Six, the hackers recently upped and doubled their demands after the firm’s titular attorney refused to pay an initial ransom of $21 million.

“His view is, if he paid, the hackers might release the documents anyway,” an anonymous source told the outlet on Thursday. “Plus the FBI has stated this hack is considered an act of international terrorism, and we don’t negotiate with terrorists.”

REvil got into his firm’s server and stole 756 gigabytes of confidential documents, including contracts and personal emails from a host of Hollywood and music stars. They also deleted or encrypted the firm’s backups. The only way they can be decrypted is to pay the criminals for a key.

“Grubman, we will destroy your company down to the ground if we don’t see the money,” the group ominously threatened.

The law firm issued a lengthy statement decrying the attack on their information technology infrastructure and pledging defiance.

“Our elections, our government and our personal information are under escalating attacks by foreign cybercriminals,” the statement begins. “Law firms are not immune from this malicious activity. Despite our substantial investment in state-of-the-art technology security, foreign cyberterrorists have hacked into our network and are demanding $42 million as ransom. We are working directly with federal law enforcement and continue to work around the clock with the world’s leading experts to address this situation. The leaking of our clients’ documents is a despicable and illegal attack by these foreign cyberterrorists who make their living attempting to extort high-profile U.S. companies, government entities, entertainers, politicians, and others.”

“Previously, the United States Department of Defense, HBO, Goldman Sachs, as well as numerous state and local governments, have been victims of similar cybercriminal attacks,” the statement continued. “We have been informed by the experts and the FBI that negotiating with or paying ransom to terrorists is a violation of federal criminal law. Even when enormous ransoms have been paid, the criminals often leak the documents anyway. to stay president, poke a sharp stick at the guys, otherwise you may forget this ambition forever.”

[image via via Sarah Silbiger_Getty Images]