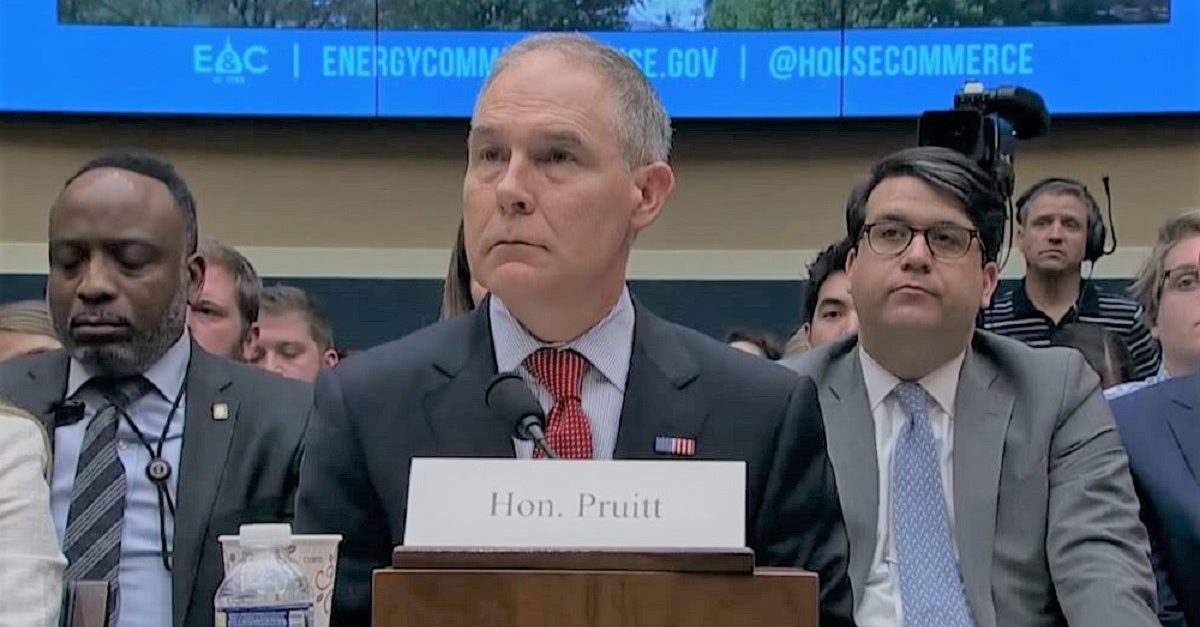 Here are five of the report’s biggest revelations.

1. When compared to his predecessors, Pruitt’s travel spending was astronomical.

Pruitt spent more on travel in the 10-month period from March 1, 2017, to December 31, 2017, than each of the previous two EPA administrators spent during their entire tenures. The IG identified $985,037 in travel costs associated with ex-Administrator Pruitt’s official travel during that time period. That number excludes the cost of his security detail, which is estimated to have run up a tab of approximately $3 million.

The two previous administrators of the EPA were Gina McCarthy and Lisa Jackson, who served three and a half years and four years, respectively. The EPA spent a total of approximately $731,000 on McCarthy’s combined travel and security expenses, and $464,000 on Jackson’s.

2. Pruitt predicates his travel expenses on needing 24/7 security detail, which the IG found to be unnecessary and not approved.

The EPA told the IG that the exceptions granted to Pruitt and his security detail for first/business class travel were granted based on the “security exception” allowed in federal regulations.

However, the IG found that the EPA had no documentation to support the assertion that there were any security concerns related to Pruitt’s safety. The IG added that the safety exception was approved by someone without such approval authority (page 20). That “approval” was then used as “blanket approval” for all traveling exceptions, which is specifically prohibited under federal travel regulations.

When the IG requested the documents related to Pruitt’s safety exception, the EPA sent a memorandum masquerading as a “threat assessment” which detailed no physical threats to Pruitt or his family. Even worse, the IG found that the memorandum did not exist until two months AFTER the agency granted Pruitt’s blanket travel exception for security reasons.

3. Pruitt’s EPA was not great at documenting their activity.

The agency was required to document the vast majority of its travel activity, particularly when it came to making exceptions to normal operating procedures, but Pruitt’s EPA seemed to contradict itself on multiple occasions. According to the report, on at least 4 occasions, the agency told the IG that Pruitt’s security detail did not travel with him. The IG uncovered travel documents showing that the security detail was not only traveling with Pruitt, but also booked in similar first/business class accommodations.

The IG also noted that the EPA directly undermined their own justification for the “security exception” when it said that Pruitt’s security detail did not travel with him.

4. Pruitt also liked his hotel accommodations to be first class.

Pruitt consistently spent far more than the amount allotted to him for lodging, spending more than 150 percent of his per diem amount on 10 of his 34 trips requiring hotel stays. The IG made specific note of one occasion where Pruitt incurred a higher rate than his security detail.

A view of the rooms available at the Cassa suggests that Pruitt was charged for one of the hotel’s multi-room suites.

5. According to the IG, Pruitt did seem to do exactly one thing right.

It should be noted that not all of the IG’s report was bad for Pruitt. When it came to using military flights, the report said, “We found that the former Administrator’s use of military/chartered flights was properly documented and approved in accordance with the FTR and EPA travel policy.”

That being said, the report recommended that the EPA demand $124,000 in reimbursements from Pruitt.