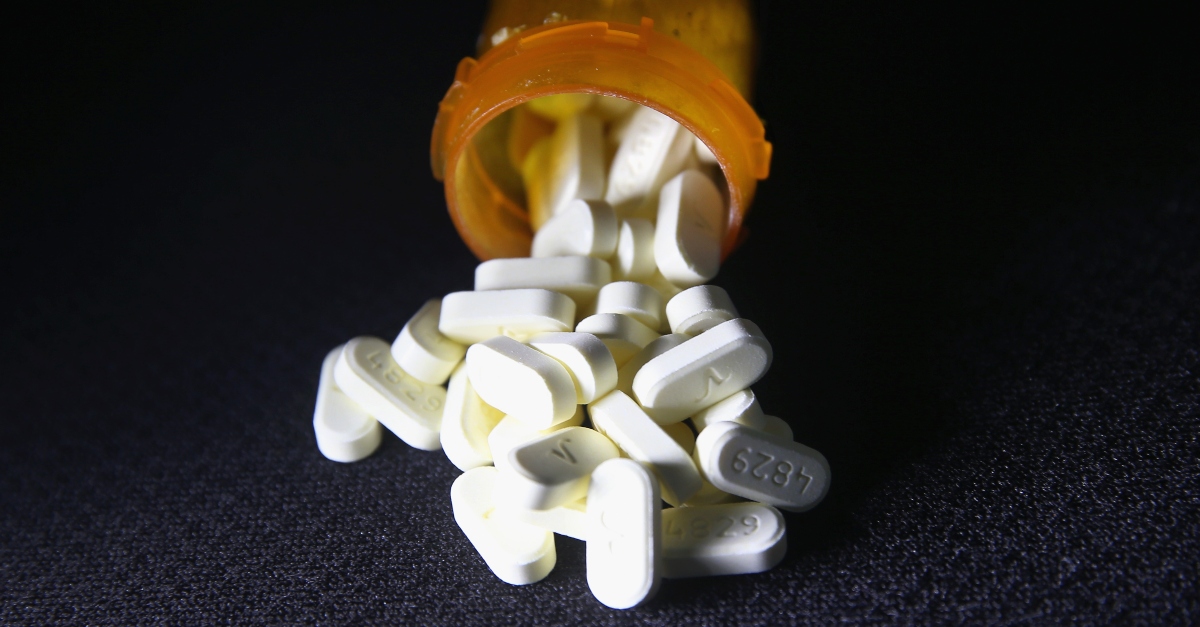 The Department of Justice announced Wednesday that 41 people have been charged in nine indictments for allegedly participating in a “pill mill.” The scheme involved clinics, pharmacies, owners, pharmacists, drug dealers, nurses, and doctors. All told, 23 million pills were distributed: the painkillers oxycodone and hydrocodone, as well as the muscle relaxer carisoprodol.

Charges originate from Texas and Massachusetts. They include conspiracy to unlawfully distribute and dispense controlled substances, and money laundering.

“Opioid abuse has a devastating and far reaching effect on our society,” said Special Agent in Charge Perrye K. Turner of the FBI’s Houston Field Office. “The doctors, nurses and pharmacists in this case allegedly misused their positions, violating the trust of the public they took an oath to serve. Together with their co-conspirators, these medical professionals released millions of highly addictive drugs onto the streets of our community. FBI Houston remains committed to working alongside our federal, state, and local partners to combat this epidemic and protect our neighborhoods.”

Online federal records show the cases as of Wednesday afternoon. It’s unclear if the defendants have attorneys in this matter.

Authorities highlighted a Houston-area pharmacy as an example. The owner and pharmacist in charge filled illegal prescriptions issued the second-most oxycodone 30 mg pills of all pharmacies in Texas, and ninth in the United States in 2019. 100 percent of these were the highest available dosage strength, authorities said.

This scheme involved trafficking, with people posing as patients filling prescriptions. Dealers diverted and distributed the substances, even sending some from Houston to Boston, according to the DOJ.

“By and large, these clinics are all about money and not the patient,” said Ryan K. Patrick, U.S. Attorney for the Southern District of Texas. “If it was about the patient, no legitimate doctor would write, and no legitimate pharmacy would fill, these massive amounts and combinations of controlled substances.”