Reports that former CBS CEO Les Moonves netted $12.5 million in 2018, despite sexual misconduct allegations, didn’t sit well with Gina DeMasi, 39. The single mother says she’s been fighting for nearly a year now to get a reasonable amount of child support from Moonves’ son, Adam Moonves, who is the father of her child.

Gina’s daughter, 11-month-old Ari Moonves, is Les Moonves’ only grandchild. Moonves is said to be worth $700 million and was among the highest paid CEO’s in the U.S before he was pushed out of CBS amid multiple allegations of sexual misconduct that surfaced in a New Yorker article in July 2018.

During the intense press coverage of Les Moonves’ ouster from CBS, DeMasi, a former hospitality worker, remained silent. She hoped to work with Moonves’ attorneys for a fair outcome for her daughter. 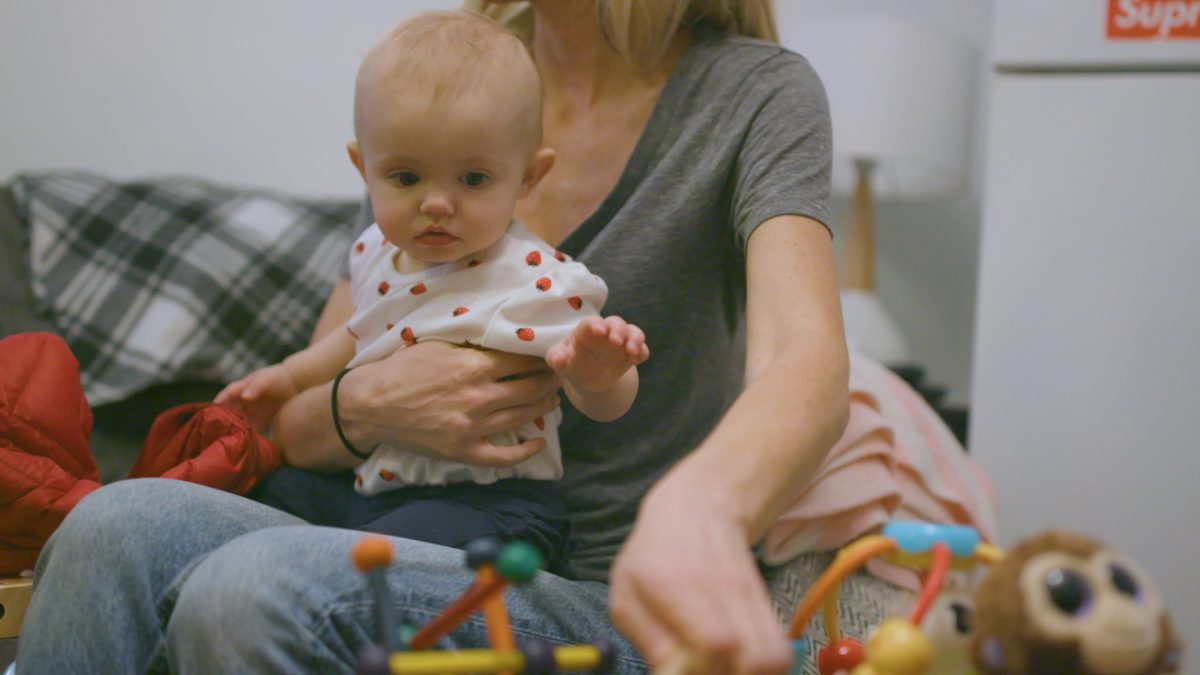 DeMasi now says she is $13,000 deep in legal fees, two months behind in her rent, and has debt collectors hounding her for unpaid bills from her hospital delivery. She felt she had no choice but to go public.

DeMasi and Adam Moonves casually dated for several months before she got pregnant with his child in 2017. She’s been living with daughter Ari in a cockroach infested 500-square-foot apartment in the heart of Chinatown.

“Ari’s father definitely acknowledged her birth. He was there for birth but didn’t think he needed to contribute financially,” DeMasi said in an exclusive interview with Law&Crime.

“I try to keep things really, really clean. We are in Chinatown and it is really dirty (in this apartment building),” DeMasi said. “There was a cockroach crawling on her high chair then when I was doing her laundry yesterday morning, there were cockroaches in the washing machine. My doctor is worried because there is a link between the development of asthma in kids and exposure to cockroaches.”

Since September, after months of back and forth, she says Adam finally agreed to pay $2,500 per month in child support and $900 a month for daycare. Gina says that is not nearly enough to cover her bills and the childcare. For example, she pays $1,100 for health insurance for her and her daughter, $1,500 for rent, and additional costs for food, diapers and other supplies.

“Your numbers are not accurate,” Kevin McDonough, Adam Moonves’ attorney said in response to the allegations. McDonough refused, however, to elaborate on why the numbers were inaccurate. However, Law&Crime has copies of checks for child support in the $2,500 amount that Gina claimed.

Gina claims that the Moonves family is trying to intimidate her, and even threatened that she would get little money if she takes this to court.

Adding insult to injury, she says, Adam wants to require Gina to reside in pricey Manhattan as part of a custody arrangement. 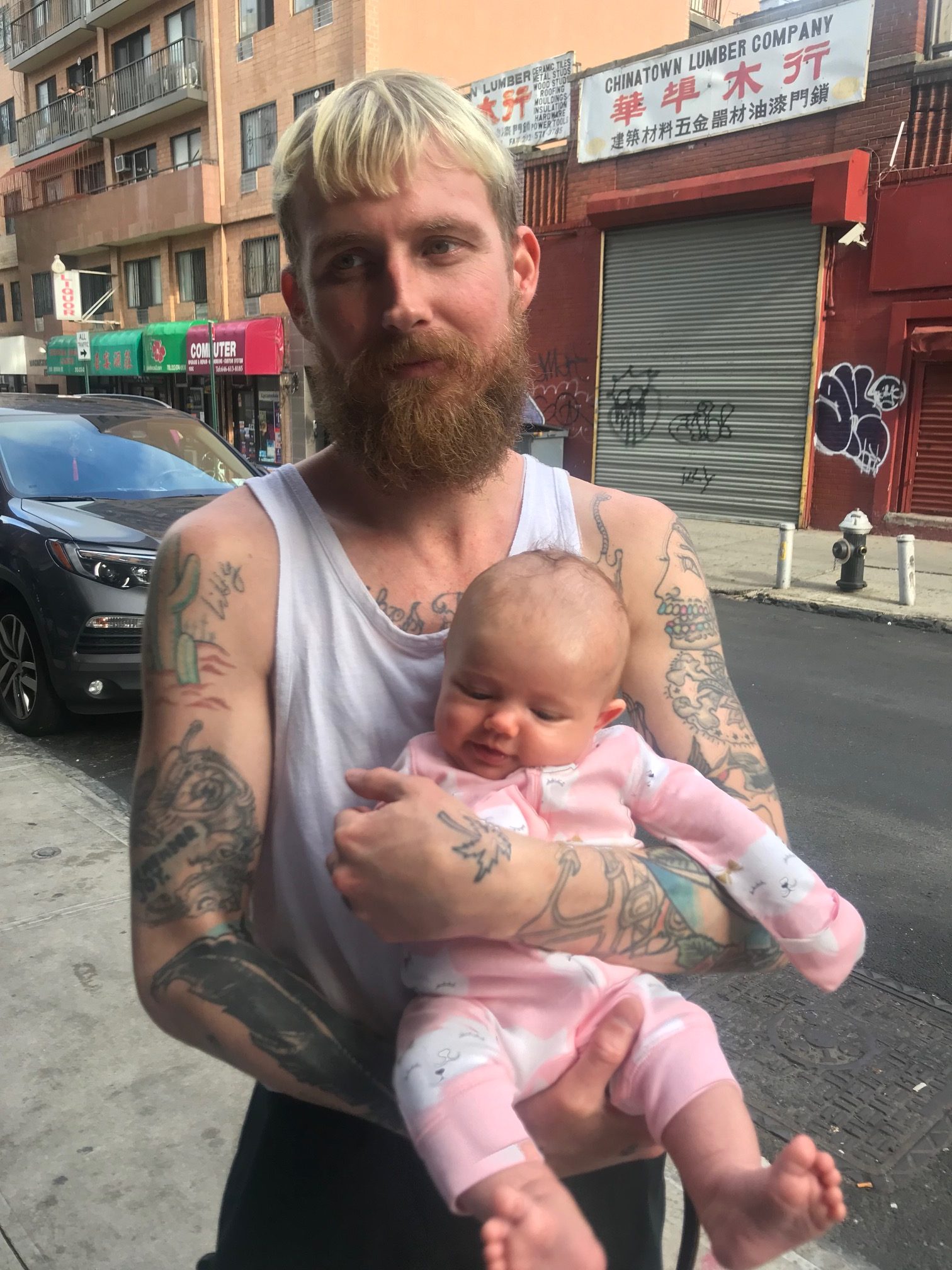 Pictured above, Adam Moonves and Ari.

“The parties agree that until the Child graduates from high school, each of them will continue to maintain a residence in Manhattan in connection with their respective parenting times,” the draft custody agreement, obtained by Law&Crime, reads. The average rent for a one bedroom apartment in Manhattan is $2895 per month.

“He (Adam) is very well aware of how we are living, he knows we are behind on rent, he knows I’m losing sleep over the debt collector stuff,” DeMasi said.

Adam Moonves has always been committed to supporting his daughter, Ari. Adam began his support voluntarily, well before she was born. Adam has continued to provide substantial support and will do so for Ari’s lifetime. Adam and his family love his daughter very much, and deeply regret that others have chosen to publicize a private issue. Any claim that Adam has not met and exceeded his financial obligations is demonstrably false. Ari’s mother has resided in her apartment for more than a decade, if she chooses to relocate, Adam will be very supportive of her decision.

Adam Moonves is co-owner of Mr. Fong’s in Chinatown, which has been described as a “hip grunge bar for models.” DeMasi says that Adam claims not to make any income, yet he was recently spotted touring a $2.2 million co-op at 59 Fourth Ave. A few days after Law&Crime asked Adam Moonves attorney about this story, Gina says Adam agreed to pay her back child support he owed her, and for some medical bills. We have reached out to Les Moonves for comment, but he said he “couldn’t speak” to us and hung up.