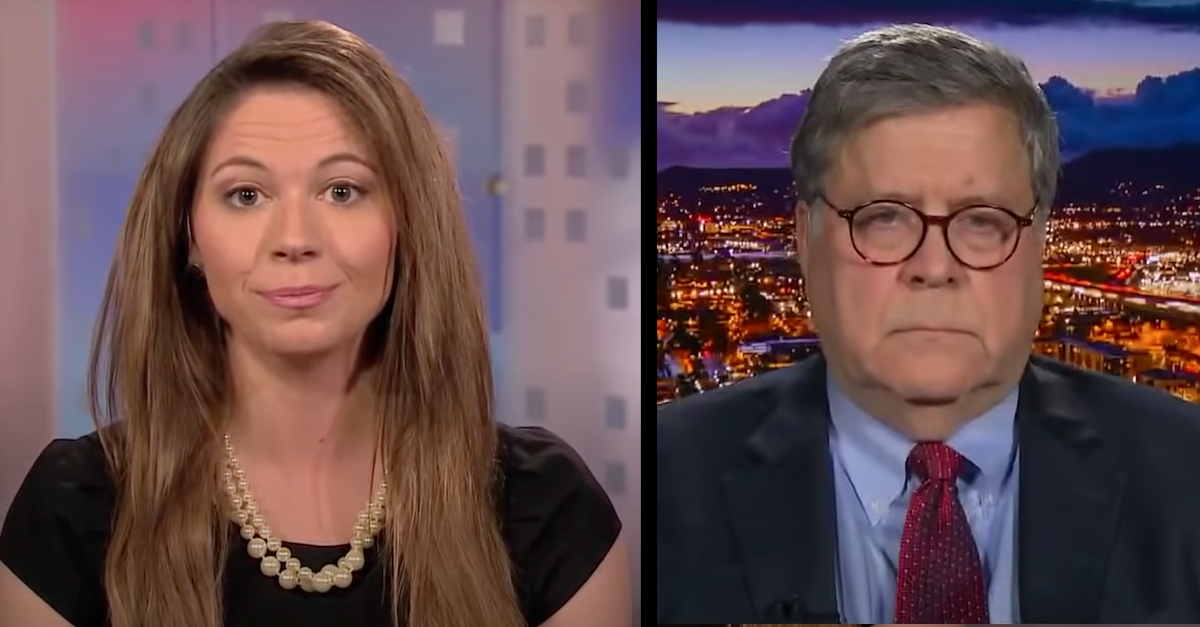 A former spokesperson for two-time Attorney General Bill Barr has taken a new editorial position with Fox News, the network announced in a press release on Thursday.

According to the release, Kerri Kupec was named the network’s newest Washington editor, a role she will begin on May 10. She will report to Doug Rohrbeck, who was also promoted to serve as Senior Vice President of D.C. News.

Kupec became the Justice Department’s chief spokesperson in Dec. 2018 when she replaced Sarah Isgur Flores as the director of the DOJ Office of Public Affairs. She was also a member of former President Donald Trump’s 2016 transition team and assisted the Office of White House Counsel in helping confirm U.S. Supreme Court nominees, including the grueling confirmation of Justice Brett Kavanaugh.

Kupec graduated from the Liberty University School of Law, a private evangelical Christian institute founded by Jerry Falwell Sr., in 2011. She then went on to serve as legal counsel and communications director for the Alliance Defending Freedom, one of the most influential conservative Christian legal nonprofits in the country. The Arizona-based group has helped lawmakers with efforts aimed at curtailing LGBTQ rights, restricting gay marriage, and authoring anti-transgender legislation. The organization also represented Masterpiece Cakeshop owner Jack Phillips at the U.S. Supreme Court where he fought for the right to refuse to sell a wedding cake to a gay couple because of his religious beliefs.

Kupec also clerked for the Virginia’s Court of Appeals under Judge William Petty.

“I am pleased that these dedicated individuals will join FOX News’ leadership team at our headquarters in New York and our largest bureau in Washington,” Jay Wallace, president and executive editor of Fox News Media, said in a statement. “They will continue to advance our robust news operation and commitment to showcasing diverse perspectives across the network.”

Sarah Isgur Flores, Kupec’s predecessor at the DOJ under the tenure of Jeff Sessions, became a politics editor at CNN.  She subsequently left that “management” role to scale back to what the New York Times referred to as “a more traditional entry-level role for government officials who pursue television careers.”

[Image of Kupec via ADF/CBN/YouTube screengrab.  Image of Barr via Fox News screengrab.]