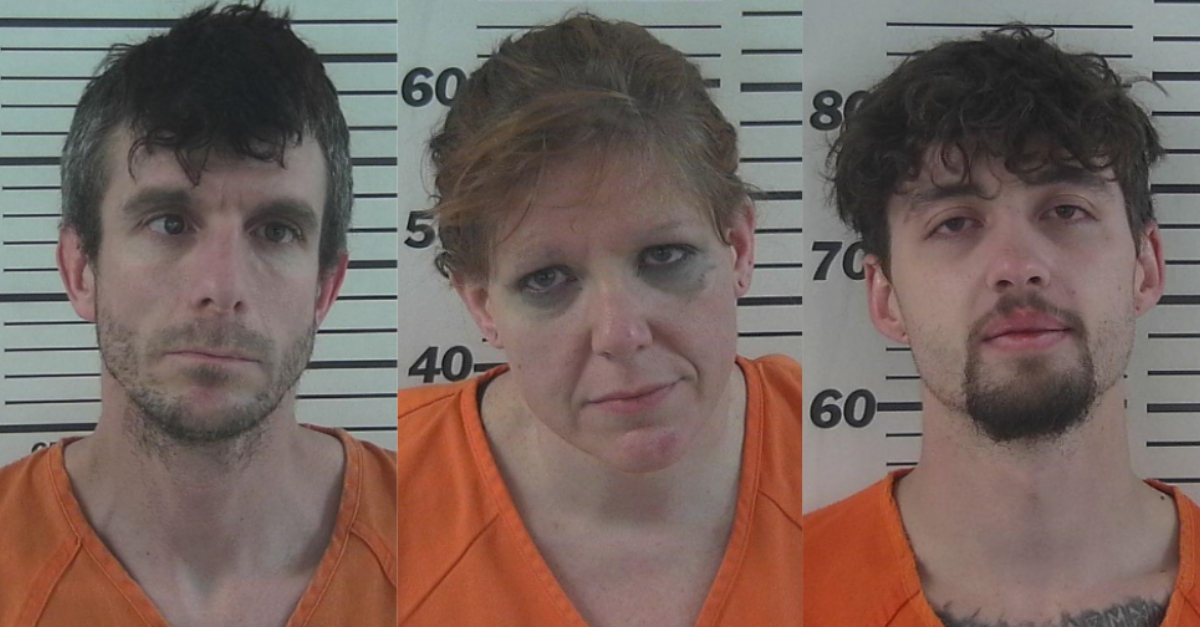 Three people have been arrested for kidnapping a 29-year-old woman, and they each may be charged with first-degree murder, according to cops. Shantel Edlund, 43, and Leo VanBuskirk, 23, are from Sheridan, Wyoming, while Casey Childers, 39, is from the city of Casper, but cops in Aurora, Colorado, believe the trio abducted the victim from local streets.

“The identity of this female will be confirmed and released by the Douglas County Coroner’s Office after a positive identification and notification of next-of-kin,” cops said.

According to Aurora police, their counterparts from the city of Fort Collins put the initial missing person case on their radar.

“Information obtained through their investigation led detectives to believe that the missing person, a 29-year-old woman, was last seen in Aurora,” they wrote.

Aurora police said they believed that the woman might have been kidnapped from the area of East Colfax Avenue and North Victor Street on Nov. 6.

“The suspects, two men and a woman, were last seen driving a 2016 Chevrolet Malibu,” cops wrote. “Detectives continually worked this case, following up on leads and gathering evidence, when they discovered that the Malibu was seen in Douglas County, near North State Highway 83 and Russellville Road, on November 7.”

Police said they found the vehicle. Cops in Sheridan, Wyoming, arrested Childers, Edlund, and VanBuskirk on unrelated charges Wednesday, police said. Aurora cops and Douglas County deputies found the woman dead on Friday in the area of Highway 83 and Russellville Road, where the Malibu had been seen, officers said.

Anyone who might have information about this case, and has not yet spoke to police, is asked to contact Metro Denver Crime Stoppers at 720.913.7867. Tipsters can also remain anonymous.