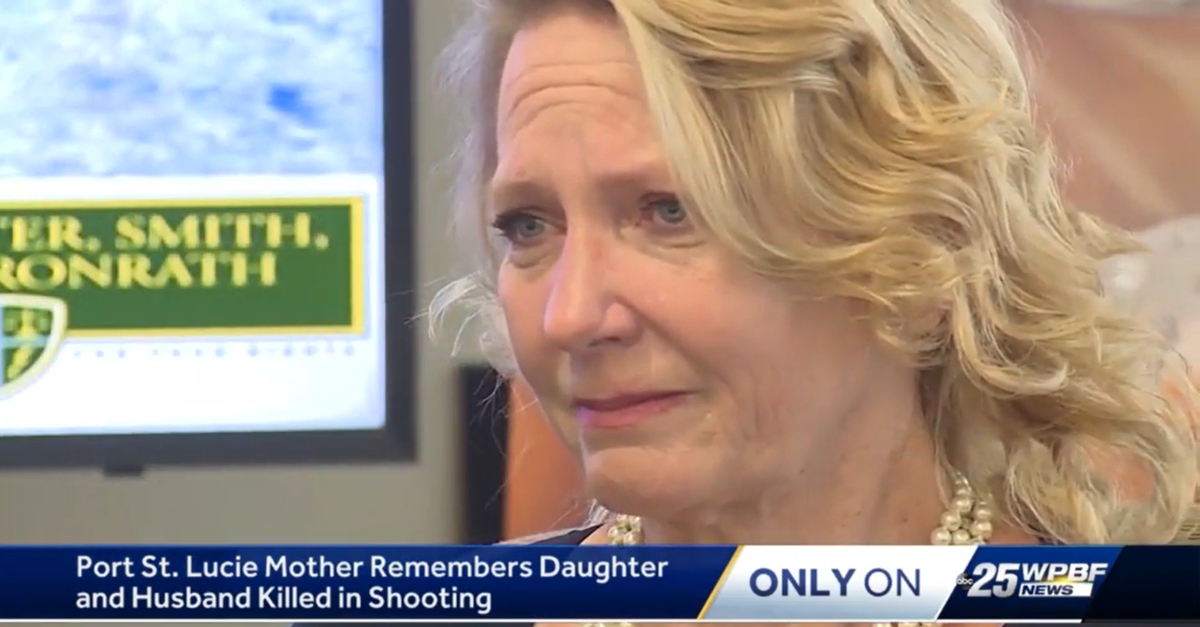 A young murder victim in a July 6 shooting died a hero, her mother says. Harper Hansman, 11, called 911 and yelled at gunman Ronald Delserro, 82, so her friend could escape, the girl’s mother Monique Hansman told WPBF-TV.

“If you heard this 911 call, it would make the hairs on your neck stand up,” St. Lucie County Sheriff Ken Mascara said. “A little girl calls 911 and says that ‘there’s someone shooting in our house. I think our parents are dead. I think our family is dead.'”

The girl’s father, Guy Alexander Hansman, 55, gave his life confronting the shooter so others could escape, Monique Hansman said.

The shooting stemmed over dispute over Delserro’s dog, Roxy, authorities said.  The canine had bitten Monique Hansman in March.

“It was not just a simple bite,” she told the outlet. “It was a severe attack.”

A court hearing on July 6 did not end in Delserro’s favor. His response, according to deputies, was to storm the Hansman home with two guns. Monique Hansman, her 13-year-old son, Harper’s 10-year-old friend, and a tutor were able to escape. Delserro took the lives of Harper and Guy.

Delserro ultimately wound up in a gunfight with the police.  He sustained two non-life threatening gunshot wounds from cops during a standoff and finally shot himself in the chest, Mascara said according to CBS 12.  An officer was also shot and wounded.

The dog, Roxy, was put down two days after the incident. Police said the canine was euthanized after Delserro’s wife called Animal Control the day after the shooting to surrender her dog because she was leaving town, according to WPEC-TV.

“I want people to know that we’re just not the family who got murdered over the dog,” Monique Hansman said. “My family is not about a dog and this incident isn’t about a dog. They were good people and they deserve to be remembered for who they were and not how they died, and that’s extremely important to me that people know that Guy and Harper were real people, who contributed to our community and made an impact on people’s lives, who were a family. And they were loved. That’s what’s important, not how they died that day. That can’t be the legacy of who they were. It just can’t be, because they deserve so much more than that because they were outstanding people.”