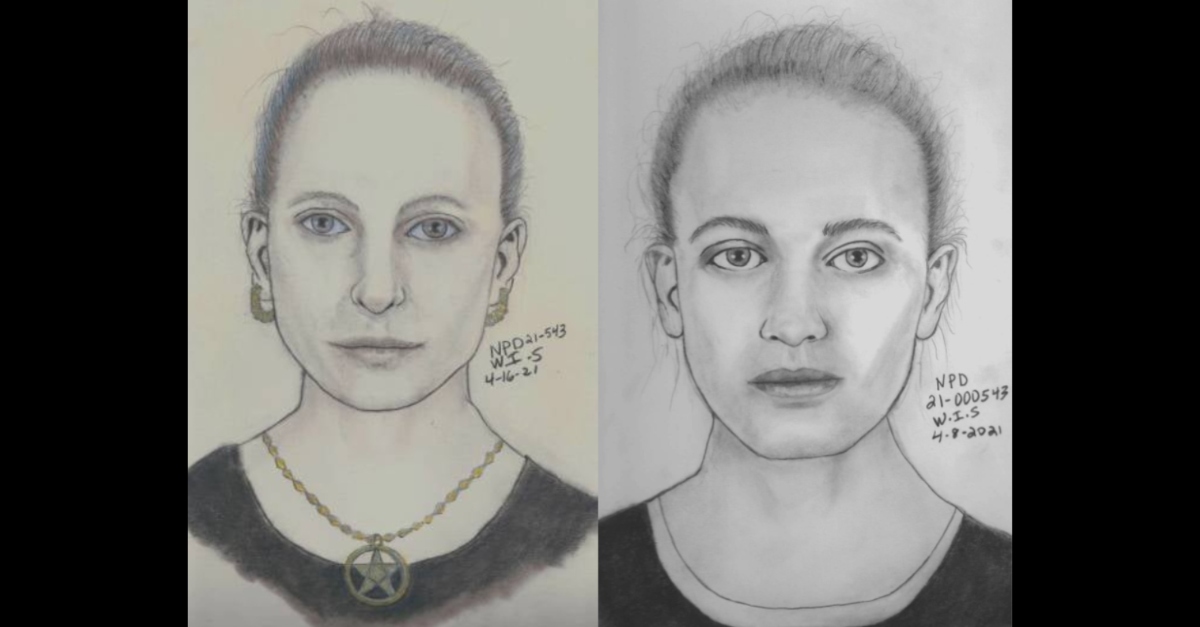 Officers released sketches of the suspect, and a picture of a Spanish-language ad posted on what seems to be a telephone pole.

Law&Crime called the phone number written in the ad, but we only got an automated message about it no longer being in service. 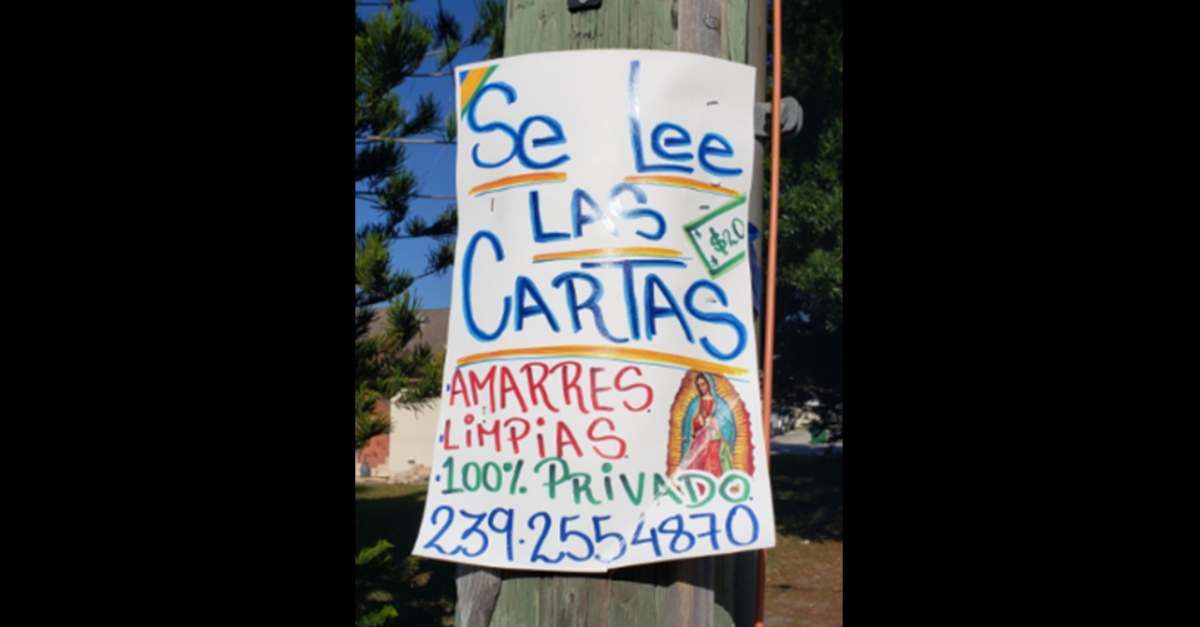 Officers described the suspect as posting ads in “free Hispanic newspapers, radio ads on local Hispanic radio stations, and flyers in laundromats and stores in the Golden Gate and East Naples area” in December 2020. The scam took place through mid-January to mid-March of this year, they said. Cops said they got reports of the allegations on March 14.

Police provided an investigation narrative to Law&Crime. Officers mentioned three cases in which the suspect promised to clean the victims’ money of “darkness” and bless it. The alleged amounts were described as being $29,500, $11,435, and $8,000. A fourth victim said that he was deprived of $10,000, but told the others he did not want his wife to know about it. All four of them said they were cheated by a woman named Rosalia.

The most detailed story was about a man identified as “Victim 1.” According to cops, he said he saw a flyer at a 24-hour laundromat, which promised a 100-percent guarantee of fixing issues including wife or girlfriend problems.

He said he called the number on the flyer, spoke to “Rosalia,” and they met for an appointment.

At the first visit, Victim 1 stated Rosalia pulled put Tarot Cards and stated she saw something “dark” in his life. To fix the darkness, Rosalia instructed Victim 1 to sleep with three eggs under his bed and then bring the eggs to her the next day. Victim 1 followed her instructions.

“Yes, I believe she did supply the eggs,” Naples police spokesman Lt. Bryan McGinn said in response to a Law&Crime follow-up question.

From the police narrative:

On the following day, Victim 1 returned the eggs to Rosalia. At this second visit, Rosalia took the eggs and waved them over Victim 1’s head and face. Rosalia then opened each egg: the first egg contained blood inside; the second egg contained needles inside; and the third egg contained worms inside. Rosalia instructed Victim 1 to bring all the money he had and borrow money from friends and family members if he could and bring all the cash to her so that she could bless his money, making the money double and possibly triple in quantity. On the third visit, Victim 1 brought twenty-nine thousand five hundred dollars ($29,500.00) to Rosalia for her to bless it. Victim 1 stated Rosalia stated she saw a darkness in the money that Victim 1 brought, and she needed to take it to her temple in Fort Myers, FL to clean it and return it back to Victim 1 the next day (03/14/2021) at 8 am. Victim 1 stated he did not know Rosalia was going to take the money. Victim 1 stated Rosalia texted him this morning stating she would not be able to make their appointment and she would meet him another time. Victim 1 stated Rosalia then stopped responding to his messages.

Law&Crime reached out to a phone number of a man named as the leasee of an office purportedly used by “Rosalia.” We got another out of service message. He did not return a request for comment sent to an email address referenced in the police narrative.

Police described the suspect as maybe Hispanic or Eastern European. She speaks Spanish, but cops are not sure about the accent and dialect. She is described as standing about 5’2″, with a medium build, blonde hair with dark roots, and light brown eyes.

Officers ask that anyone who can identify the woman in the composite sketches to call them at (239) 213-4844.