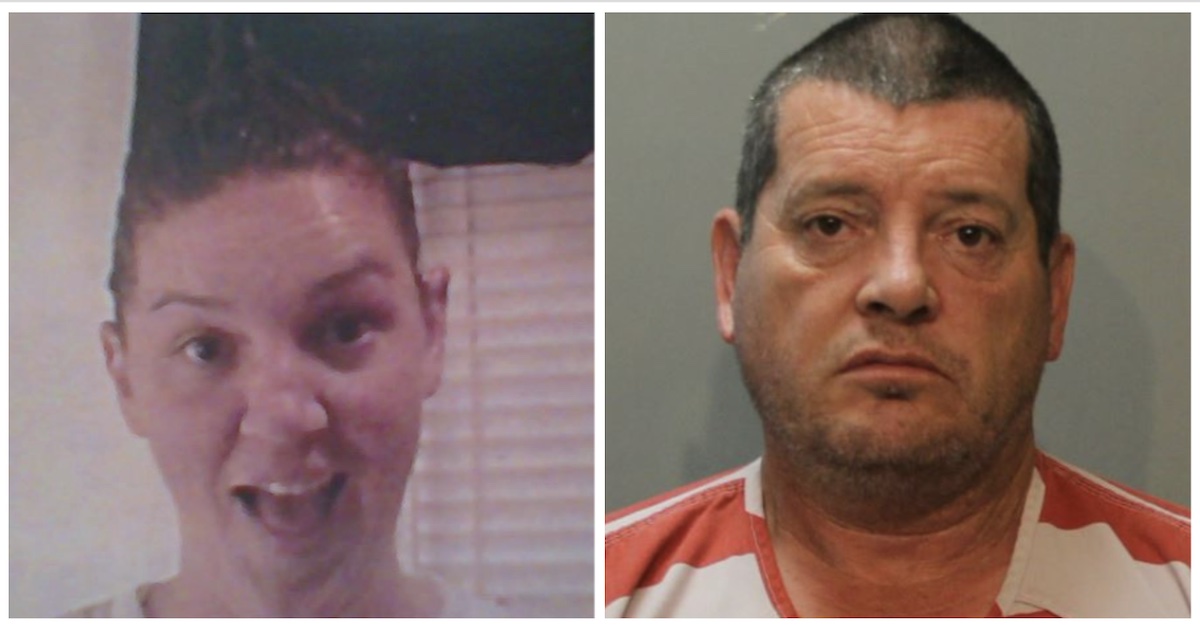 Nearly eight years later, a 53-year-old South Dakota man has been arrested and charged in the murder of 38-year-old Meshell Will. Over the years. Will’s close friends, as well as law enforcement, never stopped looking for answers. On Friday, the Pennington County Sheriff’s Office said the evidence points to “long-time” Custer, S.D., resident Richard Melvin Schmitz.

“Eight years ago, August 24, 2013, Will was last seen alive in Keystone. Originally from Wisconsin, she had only been in Custer for about six months. A week later, August 31, 2013, a female body was found, badly decomposed off Iron Mountain Road, near mile marker 54 and the Pig Tail Bridge. The body was later identified as Will. Schmitz has remained a person of interest in the death of the 38 year old woman,” the sheriff’s office posted Friday on Facebook.

Pennington County Sheriff Kevin Thom said in a statement of authorities’ efforts: “We never gave up on the Meshell Will case.”

“After eight years of hard work, we’re pleased to finally arrest the person we believe is responsible for the crime. We never stopped conducting interviews, examining evidence and reviewing forensic material,” Thom said.

Will’s friend Nancy Herman never gave up either. In 2017, Herman was featured in a Rapid City Journal story headlined, “‘Granny’ on a mission to solve friend’s death.”

“I want justice for Meshell,” Herman said years ago.

That Facebook page is still active. Just an hour ago, the account celebrated news of Schmitz’s arrest. 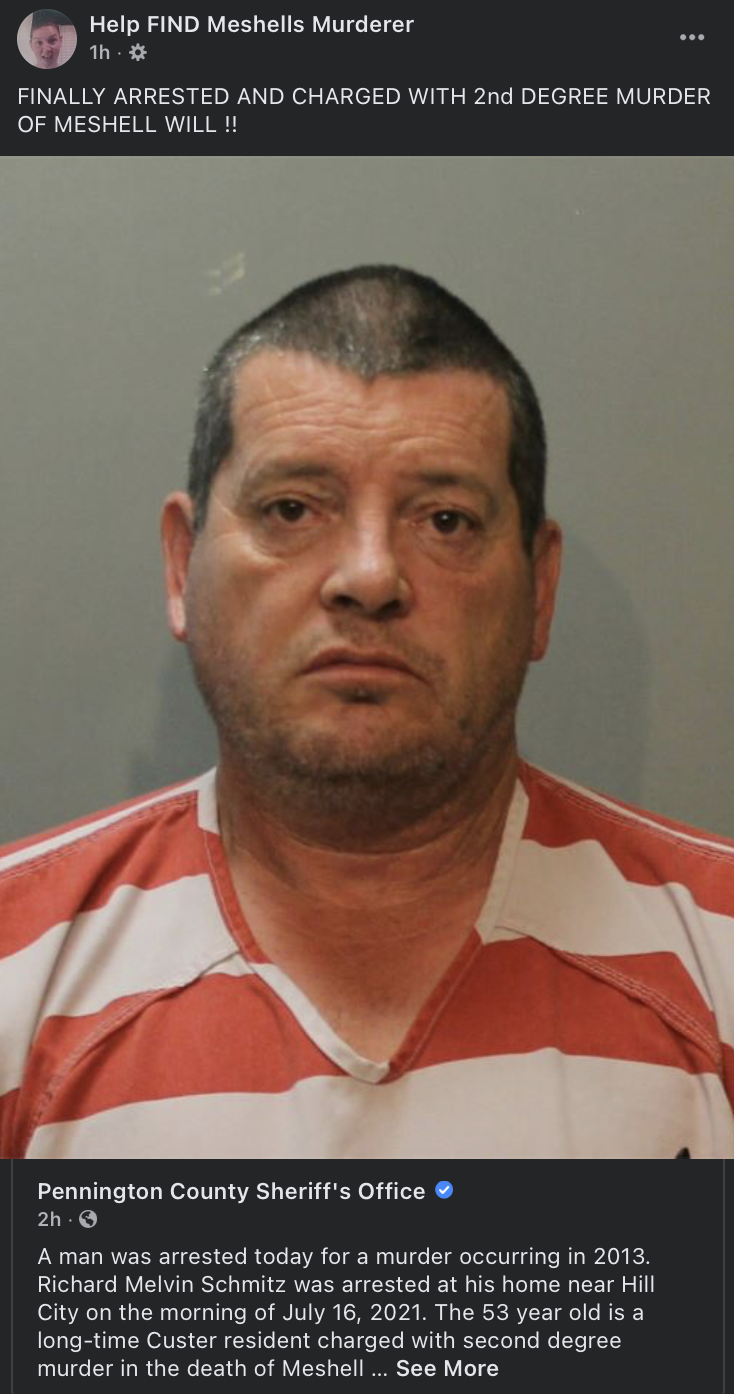 “FINALLY ARRESTED AND CHARGED WITH 2nd DEGREE MURDER OF MESHELL WILL !!” the post said.