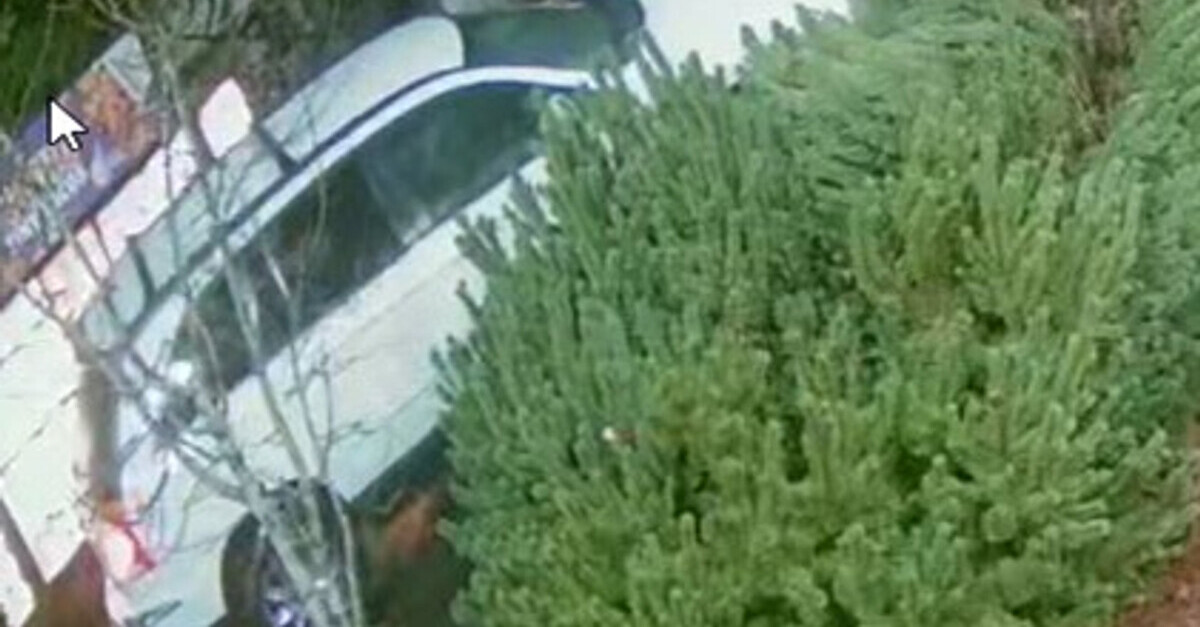 A white car was allegedly used in a hit-and-run in at a Jack in the Box drive thru in Washington State.

A Washington State man has been arrested in connection with a fatal hit-and-run incident in a fast food restaurant’s drive-thru lane over the weekend.

On Tuesday, the Pierce County Sheriff’s Department announced that a 22-year-old suspect had been arrested in the case but did not release his name. Authorities said they do not believe the killing, which happened in full view of the victim’s wife on Saturday night outside a Jack in the Box restaurant, was an accident.

According to Seattle ABC affiliate KOMO, deputies initially arrived on the scene in Spanaway, Wash. just after 6:30 p.m. after witnesses said they saw a man being run over at least three times.  Police say they confirmed the defendant intentionally ran over the man at least twice.

Deputies and members of the Central Pierce Fire Department attempted to render aid. But it was already too late. The victim, 68-year-old David Brown, was pronounced dead at the scene.

According to friends of the deceased cited by Seattle FOX affiliate KCPQ, Brown’s wife was driving at the time when the suspect ran into their vehicle. The man got out of their car and tried to confront the other driver and was then run over while his wife watched in horror.

“That’s when the driver turned his wheels and ran over the victim,” Pierce County Sergeant Darren Moss told the TV station. “At that point – it was one thing to run him over – but he decided to stop and reverse over him again before taking off.”

According to the Pierce County Medical Examiner’s Office, the deceased man’s cause of death was determined to be multiple blunt force injuries and the manner of death was homicide.

“This person intentionally ran over someone with a vehicle,” Moss added in comments to KING. “They used it as a deadly weapon and backed over them again.”

Brown’s family released the following statement to the outlet:

David Brown and wife Sheri we’re [sic] high school sweethearts. They were married for 48 years! David worked for the FAA for over 35 years. He leaves behind his wife, two sons, two grandsons and one granddaughter. He really enjoyed his time riding Harley’s [sic] with his wife and the HOG group. He was a wonderful husband and father and very doting grandfather.

The suspect was taken into custody around 10:00 a.m. on Mar. 1, 2022 after being found by detectives and deputies with the Special Investigation Unit.

Initially, law enforcement believed the vehicle allegedly used in the homicide “was possibly sold to [a] junk car hauler business” and requested the public’s help in locating the White 2007 Chrysler Pacifica. Late that same afternoon, however, the SUV in question had been located.

Dressel pleaded not guilty to the charges against him, according to KING.  He’s being held on a reported $1.5 million bail.  Court papers say the defendant admitted to his mother that he had run over the victim but claimed it was “at a different location and that it was an accident,” the television station reported. The defendant’s mother then called the police and turned him in.

[Editor’s note:  this report has been updated.]