‘The Baby Is on the Sidewalk’: Nebraska Mom Charged With Child Abuse After Allegedly Giving Birth on the Cold Pavement and Leaving Newborn Behind 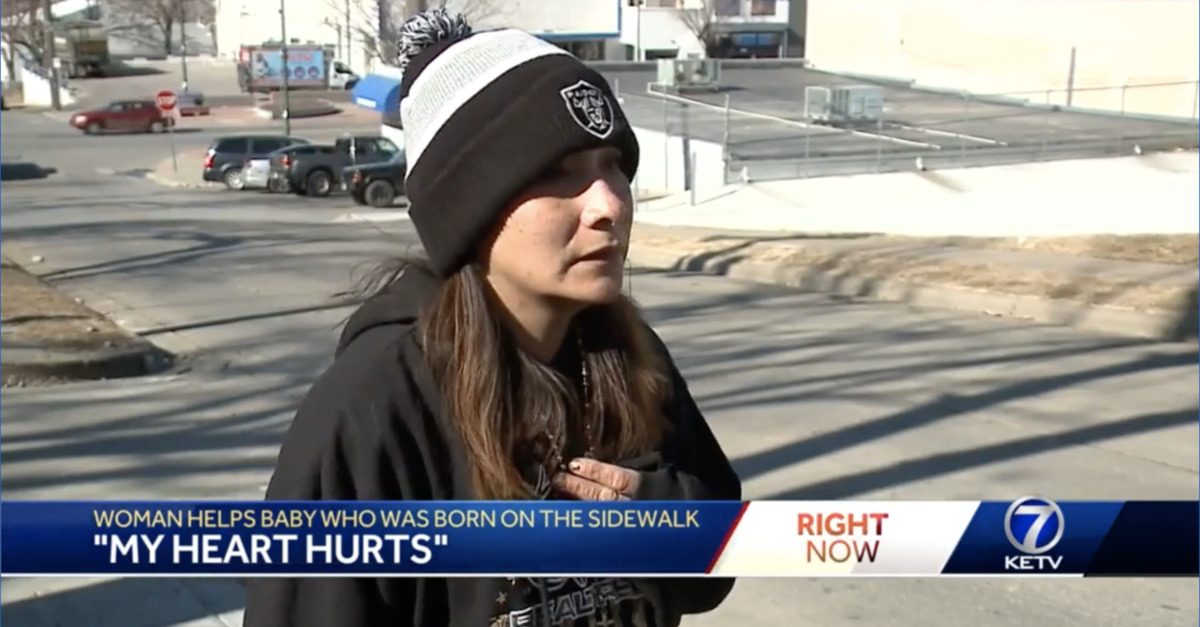 A witness remarks on a sidewalk birth in Nebraska

A Nebraska woman has been arrested after allegedly giving birth on a sidewalk near downtown Omaha and then leaving the baby there.

Trinity Shakespeare, 27, stands accused of one count of felony child abuse over the shocking incident that allegedly occurred over the weekend during the late morning hours on Feb. 13, 2022. 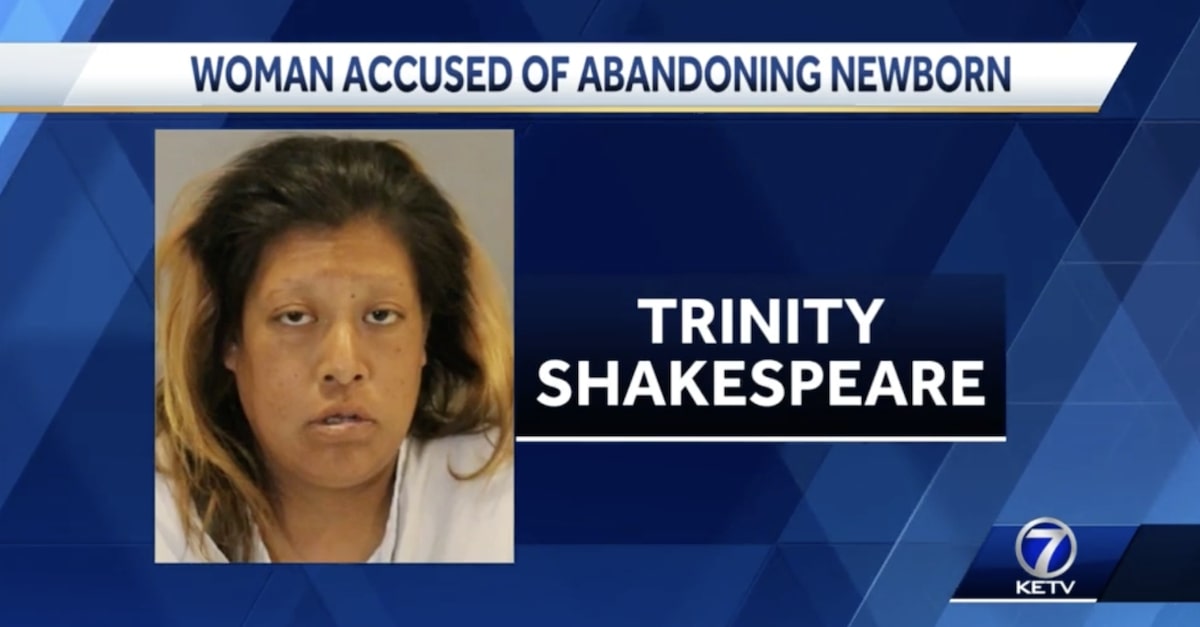 The birth reportedly occurred just south of downtown on the frigid pavement near the corner of 24th and P streets at around 10 a.m.

Police say that by the time they found the newborn, the boy’s mother was long gone. The baby was, luckily, watched over by dutiful citizens who waited for the emergency response teams to arrive.

“Yesterday was wrong,” witness Latrell Crane told local ABC affiliate KETV the day after the birth. “She came up over here, right? She was cold. She was in pain. She was crying and I know her.”

According to Crane, she and others quickly realized that a baby was being born before their eyes, so they grabbed the blankets they could find and wrapped the soon-to-be mother up in them. Crane said she sprinted to a nearby business at that point to call the police.

When she returned, the witness says she was astonished to see what had happened in the notoriously freezing cold of the Cornhusker State.

“I come over and then the baby is on the sidewalk,” Crane continued. “Like, just in the fetal position, not breathing. Still–her umbilical cord still attached. And then, it’s just like, it’s just my instinct because I have two kids in my own, right? I grabbed that umbilical cord and wrapped it around my hand.”

Crane said that Shakespeare left with a blanket wrapped around her waist while she, a stranger, took hold of the boy.

According to police reports obtained by the news outlet, the baby boy was exposed to 15-degree temperatures for at least five minutes before he was rushed to the Nebraska Medical Center in critical condition. The mother, in serious condition, was later admitted to the same hospital.

“I have two kids,” Crane told the TV station, her sadness palpable. “My own two boys. That she just left him on the sidewalk, it’s not cool. It’s not cool at all. I was the one that saved him.”

According to the Omaha Herald, Shakespeare was found by police roughly a block away from the scene of the birth near the back of a home.

Douglas County Attorney Don Kleine said someone called 911 dispatch roughly 30 minutes before the birth to say the mother was in the throes of abdominal pain but that she refused to go to a hospital in an ambulance–even though one initially arrived. Another bystander, Sheila Allee, made another 911 call, then the ambulance arrived again but Shakespeare had left the immediate area, the prosecutor said.

Kleine also said his office would seek to take custody of the child over the way he was allegedly born and deem him a ward of the state.

Shakespeare was released from the hospital mid afternoon on Tuesday and booked into Douglas County Corrections.

“My heart hurts,” Crane added in comments to KETV.

She said the boy was cute and has a full head of black hair.