Texas Pastor Raped Special Needs Woman on Church Property, Threatened to Have Her ‘Placed in a Mental Institution’: Sheriff 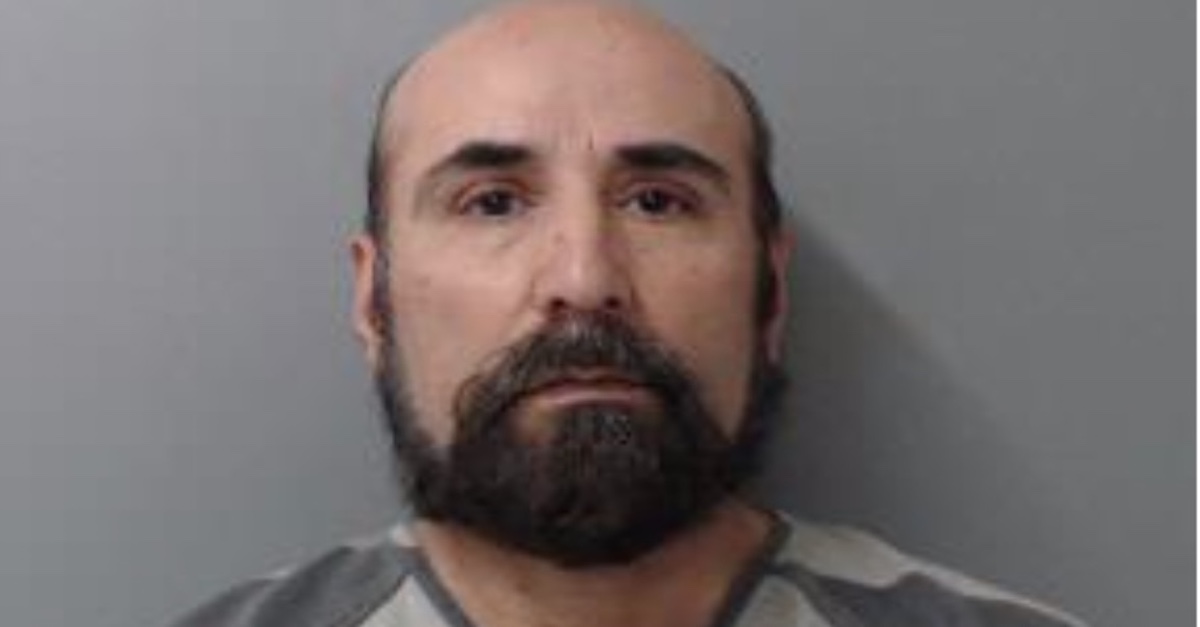 A 58-year-old pastor in Texas was arrested last week for allegedly raping a woman with special needs. Authorities in Webb County took Jorge Ariel Benavides into custody on Monday, Sept. 12 and charged him with one count of aggravated sexual assault of an elderly or disabled person, a Class A felony, online records reviewed by Law&Crime show.

According to a probable cause affidavit obtained by the Laredo Morning Times, deputies with the Webb County Sheriff’s Office at approximately 4:30 p.m. on March 2 responded to a call about a sexual assault victim at a home located in south Laredo’s Santa Rita neighborhood. Upon arriving at the scene, first responders made contact with a woman who reportedly told them that Benavides sexually assaulted her several weeks earlier.

In an interview with investigators, the alleged victim reportedly said that Benavides picked her up from her home at approximately 9 p.m. on Feb. 1. The woman, whose age was not reported, believed that he and Benavides were heading to a ranch in Las Lomas where the pastor was supposed to “show her some paperwork having to do with him adopting her,” the Morning Times reported. Benavides also reportedly led her to believe that he would be paying her back an undisclosed amount of money he previously borrowed.

However, when the pair arrived at the ranch, Benavides allegedly said they were just going to “chill” and began removing his clothing. Benavides then directed her into a room and ordered her to disrobe. She did as she was told because she was afraid of the pastor, the affidavit reportedly states.

Benavides then allegedly sexually assaulted the victim, who said she did not fight back out of fear of what Benavides would do to her.

When asked by she feared Benavides, the victim claimed that he had threatened her multiple times against telling anyone, reportedly saying that “she would be placed in a mental institution with the state because she is a consumer and no one would believe that a priest had raped her,” according to the affidavit.

The victim claimed that Benavides raped her a second time that evening, during which he reportedly pulled her hair and told her he was in love with her. He then directed her to put her clothes back on and wait for him in his truck.

“[The victim] then stated that when she was going into the truck, suspect Benavides advised [the victim] to pray because she was going to hell for the sin she had committed,” the affidavit reportedly states.

In a March 23 interview with sheriff’s office investigators, the victim reportedly provided another statement about the events that transpired at the ranch as well as physical descriptions of the residence and Benavides’ bodily characteristics.

After confirming a vehicle was parked at the ranch on the night of the alleged assaults, authorities interviewed Benavides, who reportedly claimed that the Iglesia Cristiana Casa de Dios church where he was a pastor had gone defunct because the contract on the building used as its primary location had expired. The ranch was reportedly a recreational property belonging to the church.

He then reportedly provided details on his relationship with the victim, saying that his recently deceased wife was the victim’s foster mother. He also denied ever having sex with her.

Benavides allegedly said that he became the victim’s caretaker after his wife’s July 2 passing and that she threatened to “start making accusations” against him if he did not allow her to indulge her “desire to be with other men,” according to the report.

A SANE exam (Sexual Assault Nurse Examiner) resulted in a DNA sample being collected from the victim. That sample was reportedly confirmed as matching DNA voluntarily provided to investigators by Benavides.

However, an investigator with Adult Protective Services and a representative of the victim’s foster care agency both reportedly contacted the sheriff’s office about the victim. The former reportedly claimed that the victim had “a tendency of making outcries if she does not have it her way,” while the latter said the victim had “attention seeking tendencies” that could cause her to make false allegations if she does not get her way. The foster mother also reportedly told investigators that the victim “tends to contact men for intercourse” and often “does not make the right decisions.”

Online records show that Benavides posted $100,000 bond and was released from detention on Thursday.