Texas Man Shot and Killed 6-Year-Old Girl Because of a Clogged Toilet: Police 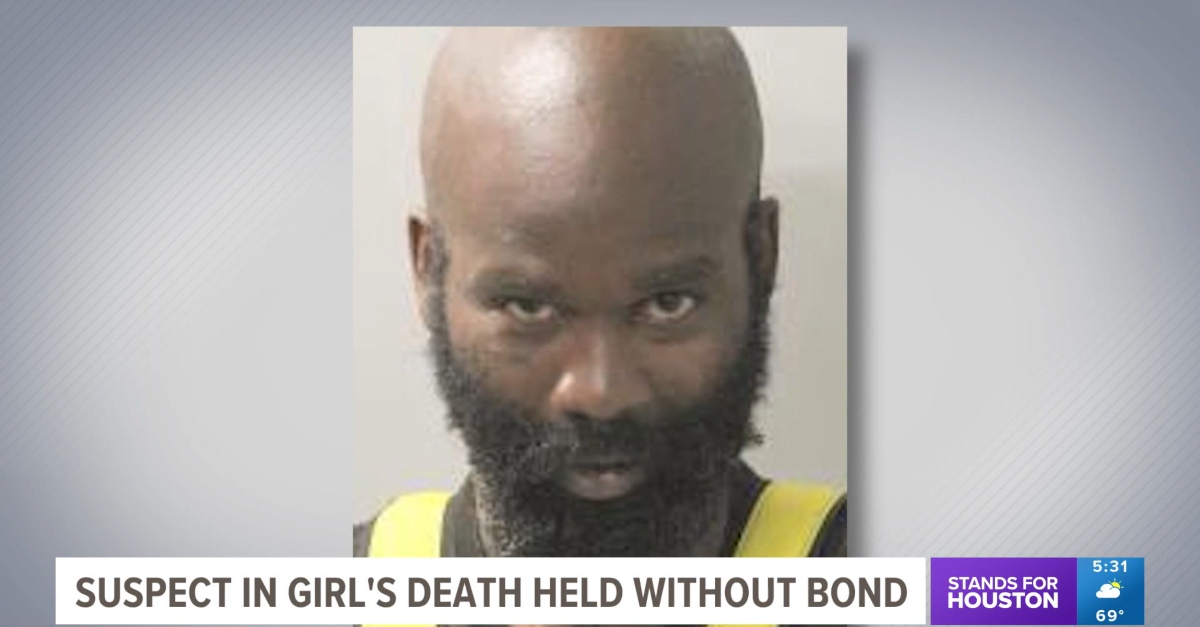 A man in Pasadena, Texas allegedly shot and killed a 6-year-old girl for the pettiest of reasons. He was mad about a clogged toilet, cops said. Contrary to previous reports, Raymeon Means, 35, was not related to the child, Laurionne Walker.

Pasadena police Media Relations Officer Jessica Ramirez told Law&Crime that the 6-year-old’s mother was really good friends with Means’ sister. The sister was looking after the child while the mother was attending a vigil for other relatives. It has been tragedy on tragedy for Walker’s family.

As for the Means case, Ramirez told Law&Crime that police received a call to an apartment building at 11:34 a.m. last Friday, and arrived on the scene four minutes later. Officers performed CPR on the girl all the way to HCA Hospital. The child was pronounced dead at the facility.

Police found Means several blocks away in the nearby city of South Houston, Ramirez said. Officers did not recover the weapon at the scene, and it still remains unaccounted for, however.

“If you’re that angry, if you did it to a six year old, you’ll do it to the next one,” Damien House, who was Walker’s uncle and Branch’s husband, told KTRK. “And the next one. And the next one. My family wants justice. That’s not right for you to just take it out on an innocent child over for what reason?”

Means is charged with capital murder.

Friction was apparent between him and his attorneys in a court appearance on Monday. The defendant asked if he could talk. The judge recommended he remain silent since his attorneys were there, but Means continued to speak. The defendant was sent out of court. He did not return. His defense asked to postpone the hearing for several weeks.

“He wants to run his mouth and this is not the forum, and I can’t control him from my office,” said the attorney, according to the outlet. “Based upon my very brief encounter with him, I have issues about his competency, rather than proceed at this point, I prefer we delay this hearing.”

Means was previously convicted in a 2006 incident for shoving a stroller, which had a child in it, onto its side. He also pleaded guilty in a 2008 incident in which he left a child without adult supervision.

Update – 2:17 p.m.: We added information about the GoFundMe for Walker.