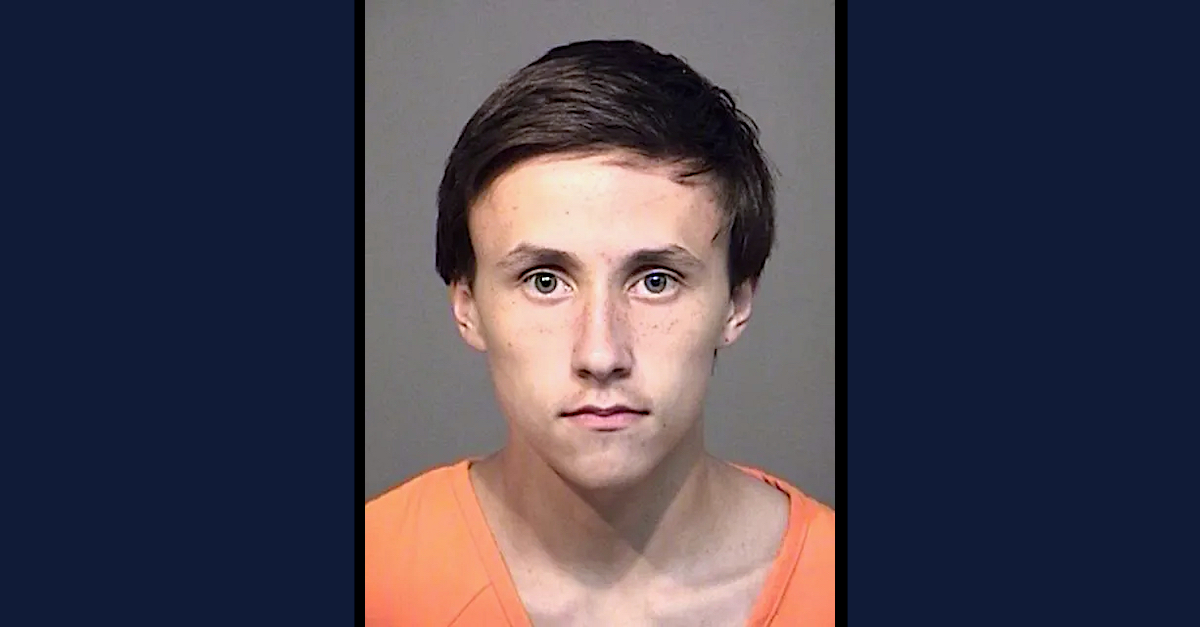 A Texas jury on Tuesday convicted a now-23-year-old son of murdering his father back in 2017 by reportedly shooting him in the head while he slept.

According to local news reports, a Hockley County jury agreed with prosecutors that Payden Shaine Allen killed 47-year-old Brandon Allen and then confessed to the police that he was the triggerman.

Payden was 19 when prosecutors said he committed the killing, Lubbock NBC affiliate KCBD reported; however, another local television station and the Lubbock Avalanche-Journal said the defendant was 18 at the time.

Brandon, the father, never appeared at a planned family gathering in San Antonio on a Saturday in June 2017, the television station said while it recapped evidence presented in court.  The worried family called the police.  The police responded and found Brandon dead in a living room in the 6800 block of Nevada Road, the local newspaper reported.  He had been shot once, the television station reported back in 2017; the paper said the wound was to the head and that the victim was lying on a couch “with severe trauma to his head.”

The Avalanche-Journal elsewhere reported that Payden confessed to killing his father while his father was asleep.

The then-teen’s mother released a statement to KCBD shortly after the killing:

My prayers are with my son who suffers from multiple autistic tendencies since birth; and my ex-husband’s family. This is a tragedy that no family should endure. As facts continue to come out, I hope the public will respect us and our privacy to sort out what transpired. My son is not your ‘normal’ teenager. I hope people become more aware of disabilities and how important it is to make sure they are addressed and medical attention is available to them. As well as making sure firearms are kept safely away from those that require special needs and attention.

The then-teen’s bond was lowered from $250,000 to $100,000 after a judge examined his mental condition. The defendant posted that bond and was allowed to remain living with his mother pending trial, the Avalanche-Journal said in 2017. He was not allowed to operate a motor vehicle, had to follow the terms of a curfew, was required to report to a probation officer every week, had to abstain from using alcohol or other drugs, and could not possess firearms, the newspaper said as it cited the terms of the bond agreement approved by the judge.

According to the television station’s reports about the trial, two psychologists confirmed for the jury that the defendant “does have an intellectual disability, including autistic patterns.” Those experts said the defendant “was in fear of his father.” He reportedly told them his father “caused him to lose consciousness on five occasions,” but the television station’s report did not further elucidate as to how or why that occurred.

Caregivers said the defendant became “aggressive” and that he started hiding weapons before the shooting, KCBD reported.

A jury this week needed only five hours to convict Payden, KCBD said.

The television station indicated that the defendant was sentenced to 47 years behind bars and ordered to pay a $4,000 fine.