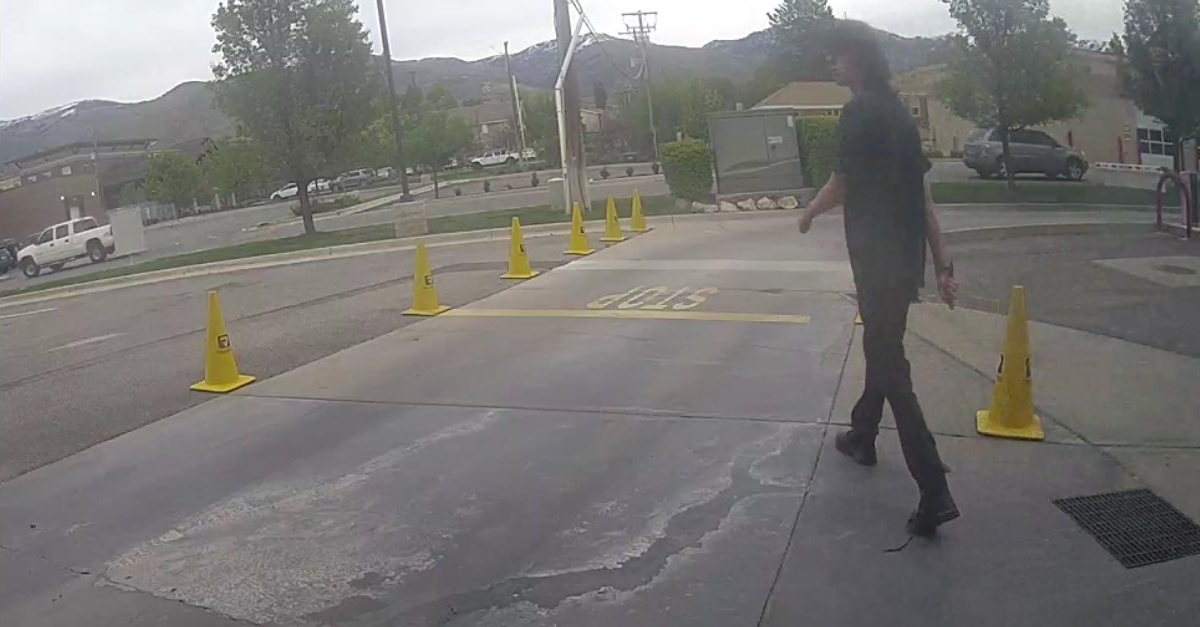 A young man allegedly attempted to murder both his Tinder date and a random woman as part of a wider killing spree, according to officials in Davis County, Utah. Kane Thomas Fairbank, 18, was arrested Thursday. The investigation is ongoing, with authorities asking locals for surveillance footage of the suspect from around the time incident.

“On Thursday evening, Fairbank lured [a] 18-year-old woman to Mueller Park after meeting once a few days earlier through a popular dating app,” officials said in a press statement. The two were there for several hours, but just after 6:30 p.m., Fairbank stabbed the woman multiple times, deputies said.

“The victim fought back, broke away, and was able to flag down nearby witnesses,” deputies wrote. “Those witnesses took action and helped create a barrier between Fairbank and the victim. Among the witnesses were two nurses and an EMT who all provided first aid while another witness called 911.”

Fairbank allegedly wasn’t done yet. He drove off to a gas station and abandoned his vehicle, deputies said.

“A short time later, Fairbank went to the neighborhood near 550 N. 500 W. in Bountiful, where he approached a 64-year-old woman who was previously unknown to him and stabbed her,” deputies wrote. “The second victim fought back, and witnesses rendered help until first responders arrived.”

Fairbank allegedly fled, but a Good Samaritan caught and held him for law enforcement.

He was locked up without bail at the Davis County Jail.

“Kane also admitted to planning to continue to kill other people after he was done with Victim 1,” authorities said in documents obtained by KUTV reporter Jeremy Harris. “Kane detailed his plans to live out of his car and even took steps to pack what he said was food to sustain him through this endeavor. Kane explained his desire to continue to kill people who he though[t] were vulnerable. Kane talked in length about killing his parents and siblings with a [pickaxe] that he had at his house. Kane is a clear danger to the public and even stated that if he was released he would continue his plans to kill. Kane planned to utilize social media applications to find and identify possible victims.”

The dating app was reportedly Tinder.

Deputies are seeking formal charges against Fairbank for two counts of attempted murder, two counts of obstruction of justice, and a count of aggravated kidnapping.

Both of the women are in stable condition and receiving treatment at local hospitals, authorities said.

Deputies voiced thanks to the people who helped the women, and sister agencies who gave support. But the investigation is ongoing.

“We’re asking the public to come forward with any surveillance video of Fairbank,” deputies wrote. “If you live or work in the area, please check your security devices between the hours of 6:30 and 8:30 pm [from Thursday, May 12]. See attached surveillance photo of Fairbank the night of the incident.  If you have information, video, or photos please call Davis County non-emergency dispatch at 801-451-4150.”