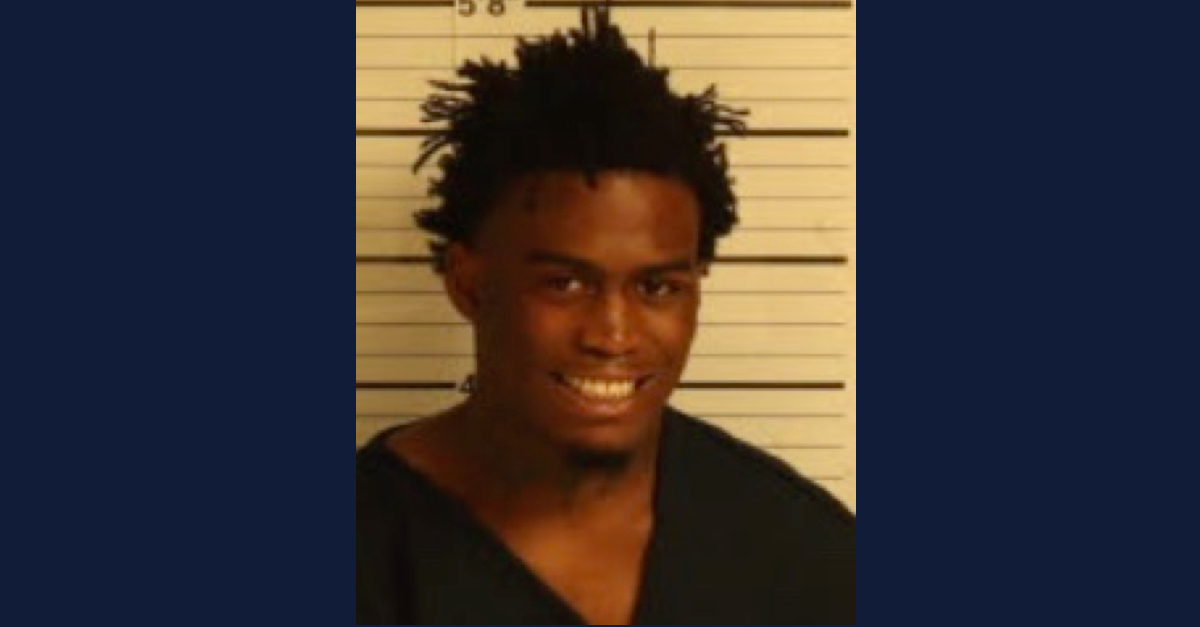 Police in Tennessee have arrested the man they say livestreamed himself while carrying out an hourslong shooting spree throughout Memphis on Wednesday that left four people dead and three others injured.

Ezekiel Kelly, 19, was arrested and taken into custody after allegedly shooting at least seven people over the course of nearly 20 hours on Wednesday. He is currently being held without bail in the Shelby County Jail. According to county records, he has been charged with first-degree murder.

Police say that Kelly started his killing spree in the early morning hours of Sept. 7, when he allegedly shot and killed another man while the two were visiting a friend’s house. Citing witness reports, police documents say that during the conversation, Kelly drew a black handgun and shot at the man several times, eventually shooting him in the head.

The victim of the 4:35 p.m. shooting was found dead on E. Parkway South after being shot multiple times, local NBC affiliate WMC reported. The victim of Kelly’s alleged shooting at 4:36 p.m., a woman shot in the leg, is reportedly recovering at the hospital, where she is in “non-critical” condition.

At one point, police issued an alert for a suspect, then still unidentified, “occupying a blue or silver sedan … who is responsible for multiple shootings.”

Memphis police acknowledged that the department had received word that the suspect was “recording his actions on Facebook,” but they did not have his location at that time.

According to an Associated Press report, Kelly allegedly spoke to the camera before opening the door to a store and immediately shooting at someone.

That victim, according to WMC, is in critical condition.

Kelly also allegedly carried out two carjackings, the AP reported. Kelly is believed to have stolen two cars on Wednesday: a Toyota SUV, whose owner Kelly allegedly killed, and a Dodge Challenger he stole from a man, which Kelly reportedly drove across the state line into Mississippi.

As the search for Kelly went on, authorities ordered lockdowns in several parts of Memphis, a city already on edge from the troubling kidnapping and killing of Eliza Fletcher, who was attacked while jogging early Friday morning.

Police eventually apprehended Kelly at around 9:20 p.m., after he crashed the Challenger during a high speed chase, the AP reported. Two guns were reportedly found in Kelly’s car.

Local news station WREG reported that Kelly had written in social media posts that he wouldn’t return to jail, but he is in jail nonetheless, being held without bond, as Shelby County records show.

A Meta spokesperson told Law&Crime that the company is “working closely with law enforcement” on the case.

The representative added that the involved account, as well as “any content related to the attack,” has been removed from the platform, and “any copies of or links to video or other content that praises, supports, or represents this attack violates our policies and will be removed.”

The spokesperson said that the company is taking steps to remove copies of the violating video if it is uploaded in the future and is working with the Global Internet Forum to Counter Terrorism (GIFCT) to respond, “including the sharing of hashes of the video and other associated content with industry partners to prevent its proliferation.”

Court records show that in February of 2020, Kelly, then 17, was charged as an adult with attempted first degree murder, possession of a firearm with intent to be armed during a dangerous felony, and reckless endangerment with a deadly weapon. He pleaded guilty in April 2021 to aggravated assault and sentenced to three years in prison.

Memphis Mayor Jim Strickland said that Ezekiel was released from prison in March, having served 11 months of that sentence, the AP reported.

According to jail records, Kelly’s next court appearance is scheduled for Friday.