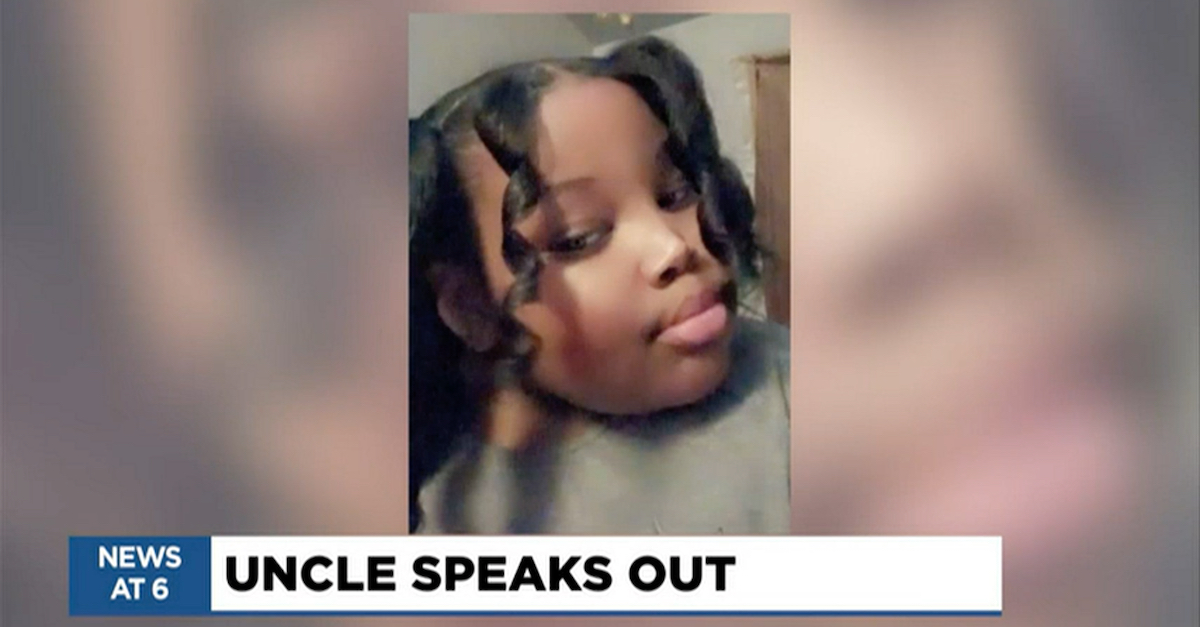 A 14-year-old boy in Michigan has been charged with brutally murdering his 10-year-old stepsister late last month.

Jameion Peterson, 14, stands accused of killing 10-year-old Na’Mylah J. Turner-Moore. The girl was first reported missing around 6:15 a.m. on Tuesday, Aug. 30, 2022. She was discovered dead in a field near her stepfather’s house later that same day by the Michigan State Police.

She would have been 11 years old on September 18th.

“As soon as I made it to the scene is when they found her,” Melonzine Turner, the deceased girl’s mother, told newspaper consortium MLive.com.

According to Flint ABC affiliate WJRT, the defendant is being charged as an adult with open murder despite his exceedingly young age. Details about the slaying, however, are currently scarce.

But, according to local prosecutors cited by MLive.com, it did not appear that any weapons were used to kill the girl.

Turner, who gave birth to twins just this past April, is intent on remembering her daughter as a source of light.

“My baby was everything,” the grieving mother told MLive.com. “She was jolly, smiley-faced. She had personality. She had so many friends. Everybody wanted to be around her. She just was lovable.”

“She just wanted them in her face all the time,” Turner said about her daughters’ relationship with her younger siblings. “She just wanted to love on her sisters and brothers because she knew she was the oldest.”

Family and friends set up a memorial for 10-year-old Na’Mylah Turner-Moore.

Her body was found earlier this week and her 14-year-old stepbrother is charged in her death.@midmichigannow pic.twitter.com/Yj6e81PQ0T

Turner-Moore attended Stone Elementary School in Saginaw. Officials there eulogized her as well.

“Na’Mylah Turner-Moore was a fourth-grade student that was well liked by her peers and was a leader at Stone School, known for organizing recess activities during lunch and recess,” Superintendent of Saginaw Public School Ramont M. Roberts said in comments reported by MLive.com. “She really enjoyed art class and spending time with her friends. Our thoughts and prayers go out to her family. We will miss Na’Mylah very much.”

Investigators have not revealed the girl’s cause of death.

According to Bay City CBS affiliate WNEM, prosecutors are currently awaiting the results of an autopsy.

Turner told MLive that the alleged suspect made it particularly hard to bear and deal with.

“I treated that boy like he was my own,” she told the website. “I put clothes on his back. He was like another child of mine. I would have never thought he would have done nothing like this. But then again, you can’t put nothing past nobody and you can’t judge a book by its cover.”

In the aftermath of Turner-Moore’s death, the community has rallied behind her family.

Reporter Justin Engel offered an elegiac recital of the memorial established near where the girl’s body was found:

Tied around the street sign at the intersection were more than a dozen balloons that danced against the breeze, catching the attention of motorists traveling several blocks away.

Laying in the grass about 10 feet away from the signpost was a single photo of Na’Mylah. The image was surrounded by flowers, two makeshift Catholic crosses, still-burning candles encased in glass featuring messages of prayer, pinwheels that spun in the gust, and an assortment of about two dozen children’s toys. The lineup included Disney characters, Minnie Mouse, and toy dogs and elephants. One soft, stuffed white bear carried a red heart that read “Happy Birthday.”

Peterson was arraigned on Aug. 31, 2022. He is currently being detained without bond. The defendant’s preliminary examination is currently slated for 3:45 p.m. on Sept. 21, 2022.