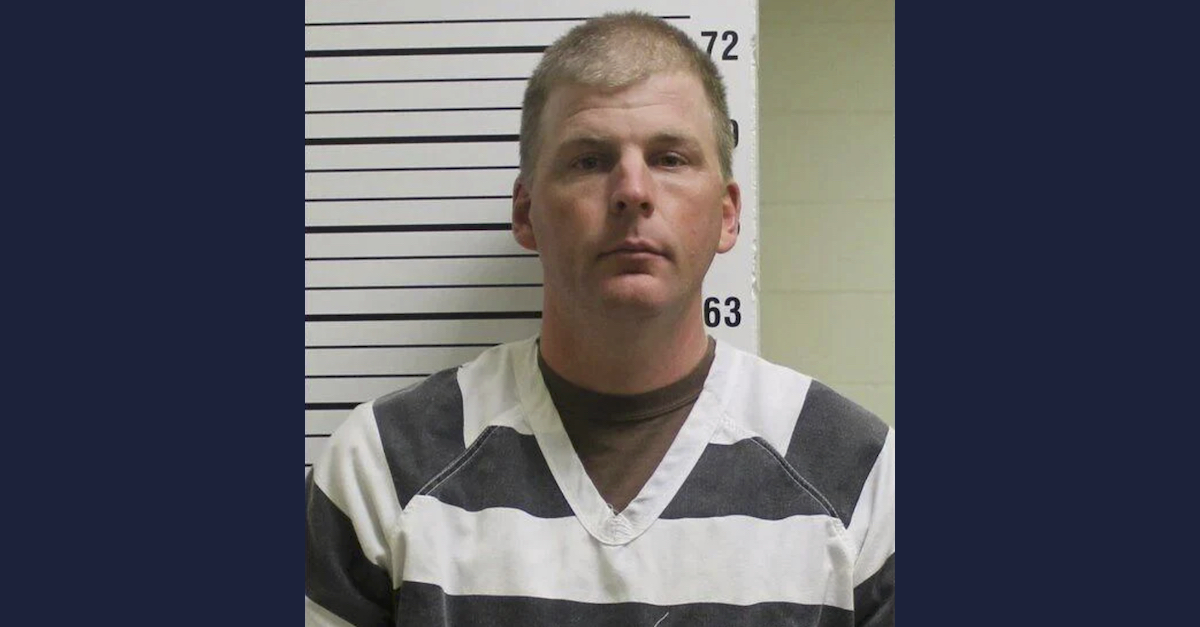 A South Dakota man was sentenced to life in prison earlier this week for shooting and killing his wife’s grandmother last fall.

Mitch LeRoy Caffee, 39, previously pleaded guilty to one count of manslaughter in the first degree and one count of aggravated assault over the Oct. 24, 2021 slaying of 90-year-old Lorraine Redman and concomitant assault of his wife, Kathren Caffee.

The defendant was originally arrested on charges including murder in the first degree, aggravated assault, kidnapping, and burglary, according to Watertown, South Dakota-based radio station KXLG.

Local media in the region reportedly broke the story after being contacted by Mitch Caffee himself – just after the violence.

Dakota News Now staff received a phone call just before 5 a.m. Sunday from a man who identified himself as Mitch Caffee. He told one staff member that he was currently involved in a standoff with police outside of his home in Wessington Springs due to a fatal shooting and that he was the shooter.

The Jerauld County Sheriff’s office would not confirm any details at the time but confirmed later in the morning that a home near Main Street and Alene Avenue was being treated as an active crime scene.

The Dakota News Now Staff member who spoke with Caffee over the phone described him as sounding calm.

According to court documents cited by the Associated Press, the defendant initially broke into the home of his wife’s grandmother in Wessington Springs, South Datota.

At the time, he planned on confronting Kathren Caffee over his recent arrest after he violated a no-contact order. Gun in hand, the defendant shoved his wife onto a couch and then shot Redman in the head when she came in to see what was going on. A hostage situation ensued before Mitch Caffee eventually surrendered to authorities.

“Mitch Caffee’s actions resulted in the tragic death of a well-respected member of the community,” Jerauld County States Attorney Dedrich Koch said in a press release.

“Lorraine Redman will be missed by not only her family, but to all who knew her,” the prosecutor’s statement continued. “The hope is this sentence will bring some closure to the family in this very difficult case.”

A GoFundMe has been started to help Kathren Caffee in the aftermath of the horrific incident.

“With the many changes in her life, there are a lot of challenges that Katie will face,” the fundraiser description reads. “She lost part of her support system with the tragic death of her Grandmother. Her estranged husband is now behind bars, but that also means a loss of household income. Let’s help Katie rebuild her new life by helping her get on her feet financially–there will be daycare costs, legal costs, groceries, and day-to-day living expenses. Please give what you can, and if you can’t, please share to help.”

“Life sentences are reserved for the most heinous of crimes,” South Dakota Deputy Attorney General Brent Kempema said in the press release, “Judge Pardy recognized that what Caffee did on October 24, 2021, fit that category of crime and pronounced what we believe an appropriate sentence.”

“I’m extremely proud of the teamwork involved from beginning to end in both the investigation and prosecution of this horrific crime,” South Dakota Attorney General Mark Vargo added. “My hat’s off to all involved.”